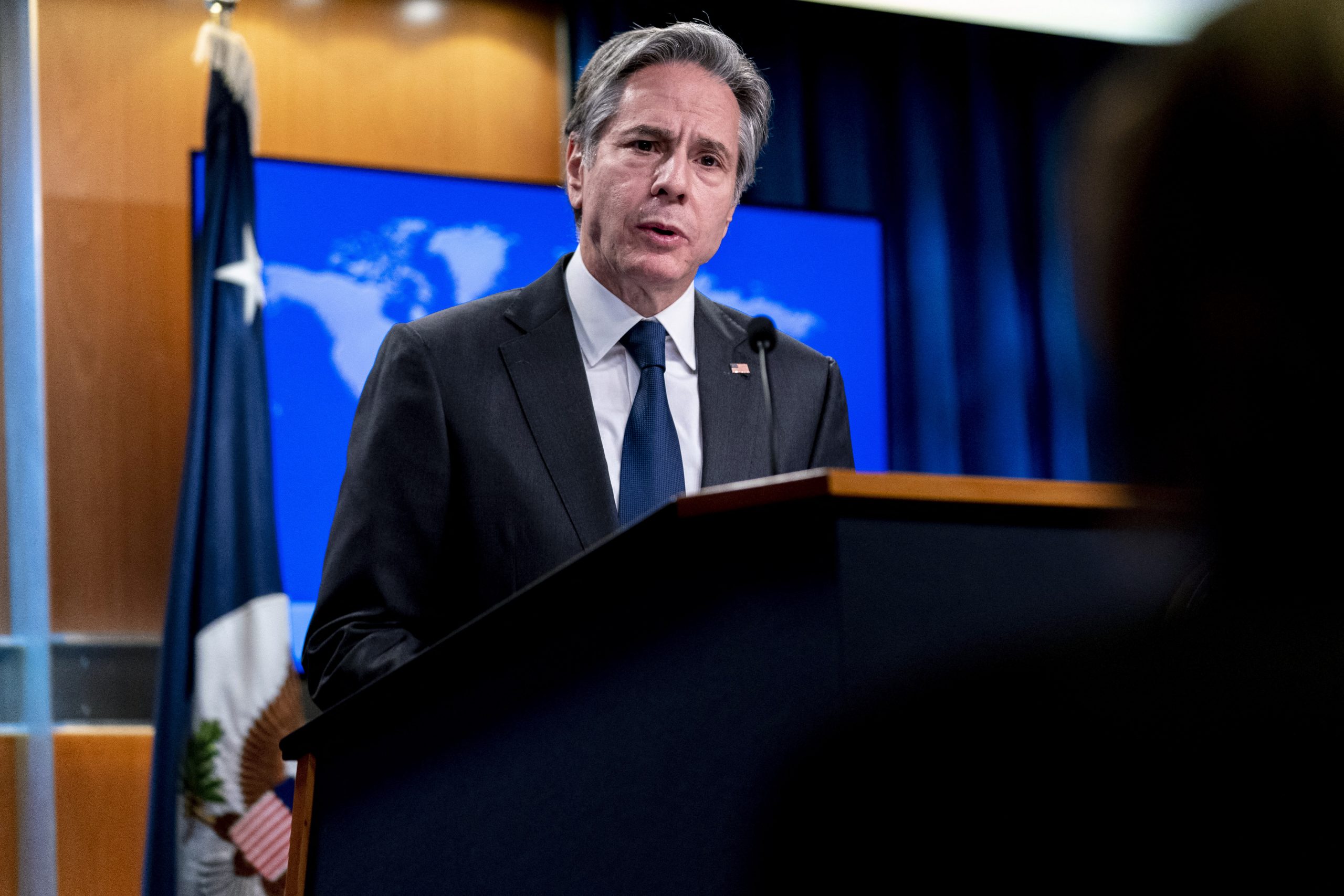 US Secretary of State Antony Blinken said on Sunday that Russia had to choose between dialogue and confrontation, ahead of talks in Geneva on rising tensions over Ukraine.

“There is a path of dialogue and diplomacy to try to resolve some of these differences and avoid a confrontation,” Blinken told CNN’s “State of the Union” program.

“The other way is confrontation and massive consequences for Russia if it renews its aggression against Ukraine. We are about to test the proposal on what path President Putin is willing to take ”.

The Vladimir Putin government has reportedly massed tens of thousands of military troops along Russia’s border with Ukraine, leading Washington into a Cold War-style showdown.

Blinken warned that any positive outcome from the talks would depend in part on Russia’s willingness to back out of its aggressive stance, which he likened to “an escalating atmosphere with a gun to the head of Ukraine.”

“So if we are really going to make progress, we will have to see a reduction in escalation, Russia backing off from the threat it currently poses to Ukraine,” said US President Joe Biden’s top diplomat.

On Sunday Moscow ruled out any concessions in the long-awaited talks, which open a week of diplomacy in which Russian officials will meet with NATO and the Organization for Security and Cooperation in Europe (OSCE).

The Kremlin, wary of NATO’s possible eastward expansion, has insisted that the group never grant membership to Ukraine, a former Soviet state that is pushing to join the transatlantic body.

Washington has also acknowledged that Moscow has expressed interest in discussing the future of missile systems in Europe.

Blinken did the rounds of Sunday talk shows emphasizing the need for dialogue.

He acknowledged that he was not anticipating big progress in the talks, but stressed that there were possible punishments awaiting Washington’s rival if he did not engage in diplomacy.

Russia could face serious economic and financial consequences, “plus NATO will almost certainly have to strengthen its position near Russia and continue to provide assistance to Ukraine,” he told ABC’s “This Week.”

“It’s not just me who says it. The G7 (Group of Seven Leading Democracies) made it clear that there would be massive consequences. The European Union and NATO partners and allies as well ”.

Earlier this month, Biden told Ukrainian President Volodymyr Zelensky that Washington and its allies would “respond decisively” if Russia takes steps to invade.