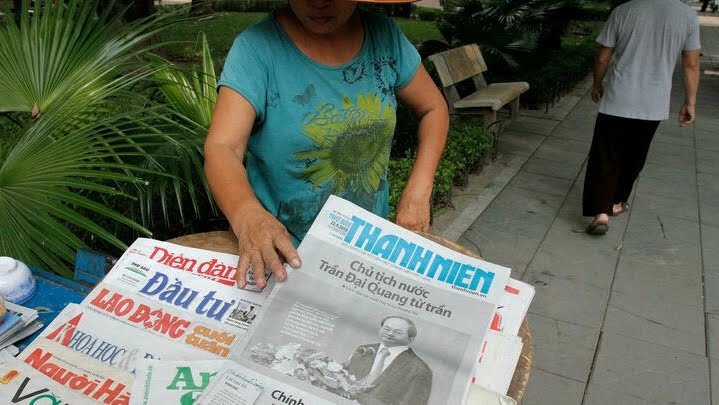 A Vietnamese court has jailed five citizen journalists for “abusing democratic rights”, drawing sharp US criticism of the communist government’s crackdown on freedom of speech.

Vietnam’s hardline administration often moves swiftly to stifle dissent, jailing activists, journalists and any critic with large audiences on Facebook, which is widely used throughout the country.

Critics say the government has adopted a much tougher approach to dissent since Nguyen Phu Trong was re-elected as the Communist Party chief after a secretive congress earlier this year.

Five people working on an online citizen journalist news page were sentenced on Thursday by a court in Can Tho, a city in southern Vietnam’s Mekong Delta region.

Truong Chau Huu Danh, the founder of Facebook page Bao Sach, which translates as “The Clean Newspaper” and has posts on hot-button social issues and corruption, was jailed for four and a half years.

Articles by Danh — a former journalist — had “reactionary thoughts, going deep into content that is not suitable for the interests of the country”, state-run Vietnam News Agency said, quoting court documents.

His four co-defendants received jail terms of between two and three years.

All five will be banned from working in journalism for three years after completing their jail terms.

The verdict is the latest in a “troubling trend” of detentions of press workers and any citizen “exercising their rights to freedom of speech and of the press”, US State Department spokesman Ned Price said on Friday.

“We understand this group of journalists focused on investigative reporting on corruption, which, of course, is not a crime,” he said in a statement.

“The United States calls on the Vietnamese authorities… to release these five journalists and all those unjustly detained, and to allow all individuals in Vietnam to express their views freely and without fear of retaliation.”

In July, former radio journalist Pham Chi Thanh — also a well-known pro-democracy activist — was sentenced to five and a half years in prison on anti-state charges for disseminating information on Facebook.

Vietnam is ranked 175th out of 180 countries in Reporters Without Borders’ 2021 World Press Freedom Index.