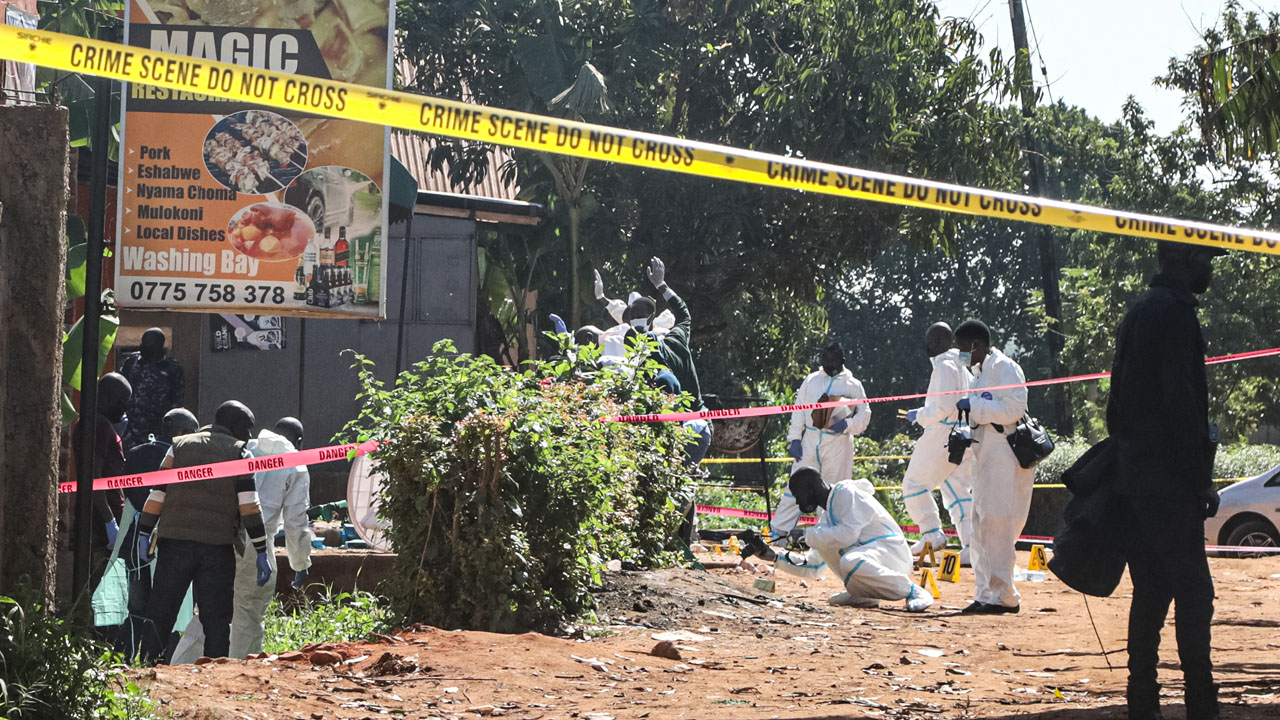 Ugandan police said a blast on a long-distance bus Monday evening that injured several people was a suicide bombing carried out by a jihadist from the ADF group.

“The incident was confirmed as… (a) suicide bomb attack where the attacker died in the explosion,” police spokesman Fred Enanga said on Tuesday, adding the bomber was “on the wanted list of members” of the Allied Democratic Forces (ADF).

The explosion on the bus near the Ugandan capital Kampala, followed a bombing at a cafe on Saturday evening that killed one person and injured three others.

Enanga said they had established “a high connectivity” between the two attacks.

“There are individuals or groups of individuals preparing these IEDs who (belong to) the same group of attackers,” Enanga said, referring to improvised explosive devices.

The feared ADF, historically a Ugandan rebel group, has been accused of killing thousands of civilians in eastern Democratic Republic of Congo (DRC).

In March the United States officially linked the ADF to the Islamic State group.

The DRC’s Catholic Church says the ADF has killed around 6,000 civilians since 2013, while a respected monitor, the Kivu Security Tracker (KST), blames it for more than 1,200 deaths in the Beni area alone since 2017.

Police called Saturday’s attack an “act of domestic terror” and the Islamic State later claimed responsibility for that bombing.

Investigators said a 20-year-old woman was killed and three others injured in the explosion at a popular roadside eatery.

The police said Saturday’s blast was caused by an explosive device containing nails and pieces of metal, covered by a plastic bag.

They said the crude bomb left underneath a table indicated the work of an unsophisticated local outfit, and played down any connection to foreign networks.