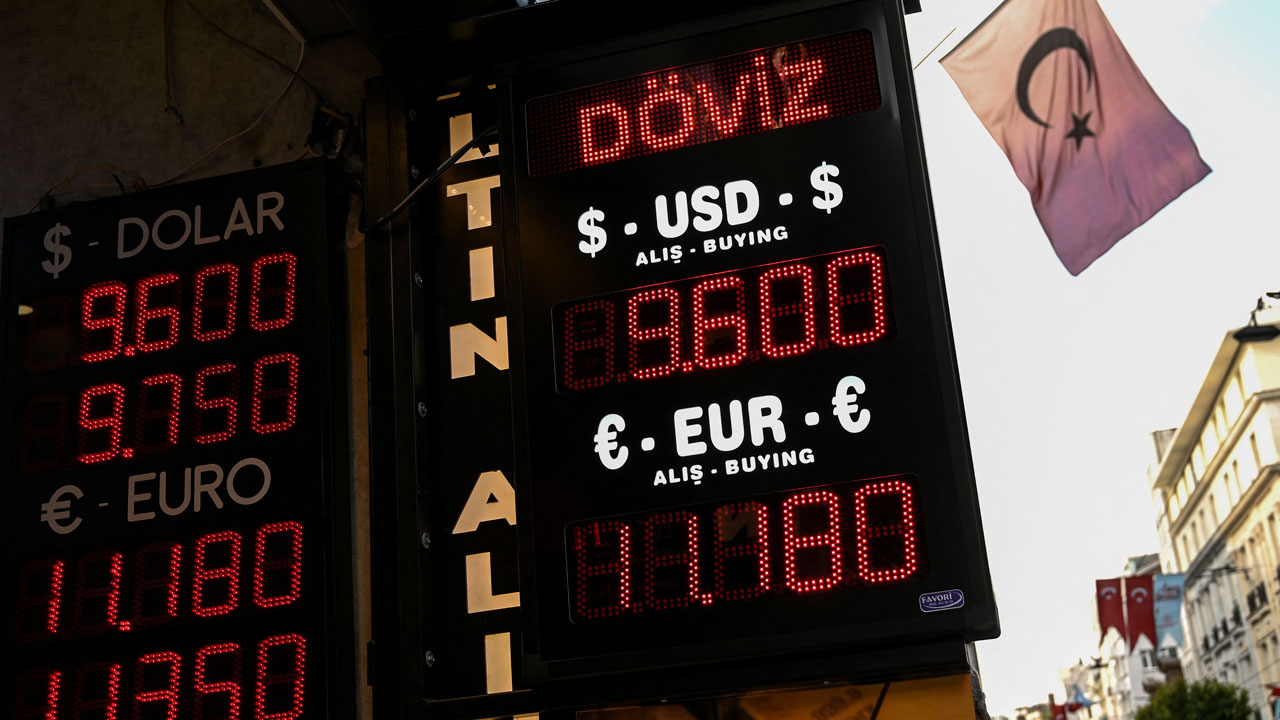 The Turkish lira dropped to record lows on Monday after Turkish President Recep Tayyip Erdogan at the weekend ordered the expulsion of the ambassadors of 10 countries, including Germany and the United States.

The envoys had angered the president in calling for the release of Parisian-born philanthropist and activist Osman Kavala, who has been in jail since 2017 without conviction.

The Turkish currency fell to 9.80 against the dollar before rallying slightly to 9.73 after 0500 GMT, a drop of 1.3 percent from the previous day.

The lira has fallen around 24 percent against the dollar since the start of the year.

The currency had already suffered a terrible week after Turkey was placed under surveillance for failing to properly combat money laundering and terrorism financing, as concerns rise over monetary policy and central bank interference by Erdogan.

After sacking three central bank members this month, the bank cut the policy rate from 18 percent to 16 percent on Thursday even as inflation surged to nearly 20 percent in September.

In a joint statement on October 18, Canada, Denmark, Finland, France, Germany, the Netherlands, New Zealand, Norway, Sweden and the US said the delays in Kavala’s case “cast a shadow” over Turkey’s democracy and the judicial system.

They were summoned the next day to the Turkish foreign ministry in Ankara.

On Saturday, the Turkish president then aid he ordered the foreign minister to “declare these 10 ambassadors as persona non grata as soon as possible”, using a diplomatic term that is the first step before expulsion.

There has yet been no official notification from Turkey.

The expulsion of the 10 “will reduce interaction with the Erdogan regime and investment into Turkey will suffer,” he said in an email to clients.