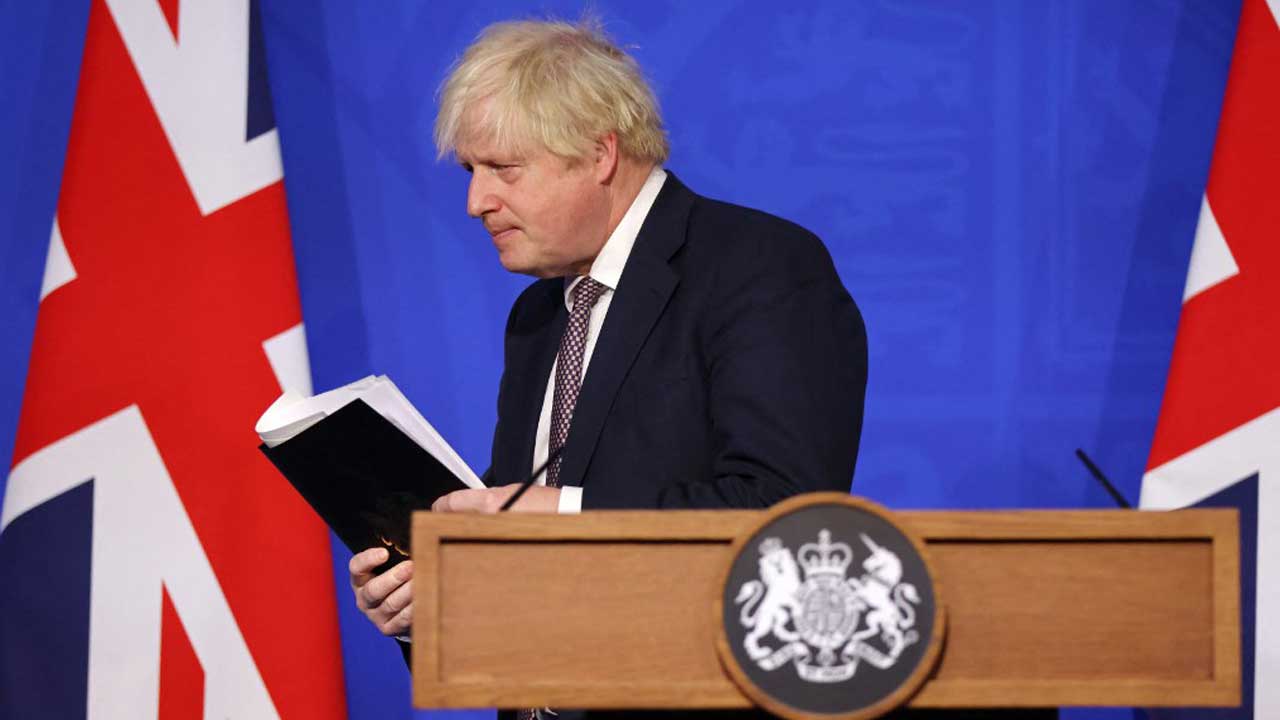 Britain on Saturday announced stricter entry rules for all arriving passengers and the return of a mask mandate, after confirming its first two cases of the new Omicron strain of Covid-19.

Both cases were related to travel from southern Africa, and the government also expanded travel restrictions in the region by adding four countries to a “red list.”

Prime Minister Boris Johnson said face masks would once again be needed in shops and on public transport, after controversially leaving the mandate in July when the UK economy reopened after a previous national shutdown.

He noted that there is no new lockdown now, promising a review of the new measures in three weeks and expressing hope that the British can look forward to a more festive Christmas than last year.

“But now we have to go further and implement a proportionate testing regime for arrivals from around the world,” Johnson said at a hastily organized press conference hours after the government confirmed the first two Omicron cases.

“So we are not going to stop people from traveling … but we will require that anyone entering the UK undergo a PCR test at the end of the second day after arrival, and isolate themselves until they have a result. negative, “he said. said.

Currently all Brits and foreigners entering the UK are required to take a CRP test on the second day after arrival.

The new rules add the requirement for isolation pending a negative result, significantly tightening the regimen, in an attempt to slow the spread of the new strain.

“I am very hopeful that we find that we continue to be in a strong position and that we can lift these measures again,” Johnson said. “But right now this is a responsible course of action.”

The prime minister did not specify when the new testing regime and mask mandate would take effect.

Driving the drivers
But as of early Sunday morning, the government said it would ban travel to four other African countries: Malawi, Mozambique, Zambia and Angola.

Britain has already said it is banning travel from six southern African countries due to the emergence of Omicron: South Africa, Namibia, Lesotho, Eswatini, Zimbabwe and Botswana.

“After overnight genome sequencing, the UK Health Security Agency has confirmed that two cases of Covid-19 with B.1.1.529 (Omicron) -compatible mutations have been identified in the UK,” he said a government statement.

“The two cases are linked and there is a link to travel to southern Africa,” he said.

One case was detected in the city of Nottingham, in central England, and the other in Chelmsford, east London, authorities said.

“We have moved quickly and people are isolating themselves while the contact tracing is done,” said Health Secretary Sajid Javid.

The government was widely criticized for its travel and quarantine policy at the beginning of the pandemic, when it kept borders open to foreign travelers even as infection rates soared.

“This is a stark reminder that we are not out of this pandemic yet,” Javid said, urging the public to receive follow-up booster doses of vaccines.

Johnson said he planned to expand the booster vaccine program, hoping government scientists will accept a request from the government to shorten the deadline between the second and third jabs, which is currently set at six months.

“It is more vital than ever that the people take their blows, and that we have those boosters in arms as quickly as possible,” the prime minister said.