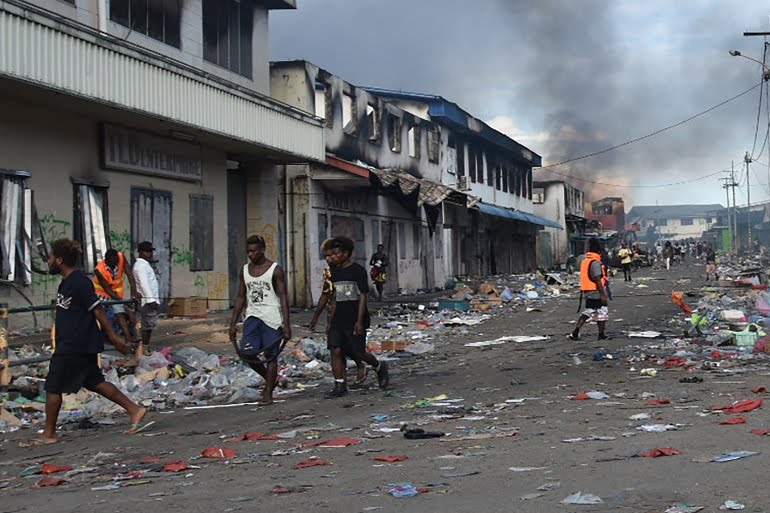 The bodies of three people have been discovered in a burning building in the Solomon Islands capital Honiara, police said Saturday, the first reported death after days of unrest.

The charred bodies were discovered in a store in Honiara’s Chinatown district, and a security guard told AFP that he found the bodies in two rooms on Friday night.

Police said forensic teams had launched an investigation and were still at the scene, but the cause of the deaths was unclear.

The capital’s streets remained relatively quiet on Saturday morning as locals begin to assess the damage left by the days of unrest.

A curfew was imposed on the restless capital overnight after a third day of violence in which the prime minister’s home was attacked and swaths of the city reduced to smoking ruins.

Australian peacekeepers, who arrived in the country on Thursday night, also joined police on the streets to restore order and protect critical infrastructure.

The explosion of violence is due in part to frustrations with the government of Prime Minister Manasseh Sogavare and chronic unemployment, exacerbated by the pandemic.

Experts say the crisis has also been fueled by long-standing animosity between residents of the most populous island of Malaita and the central government based on the island of Guadalcanal.

The archipelago nation of around 700,000 has endured ethnic and political tensions for decades.

Malaita residents have long complained that their island is neglected by the central government, and divisions intensified when Sogavare recognized Beijing in 2019.