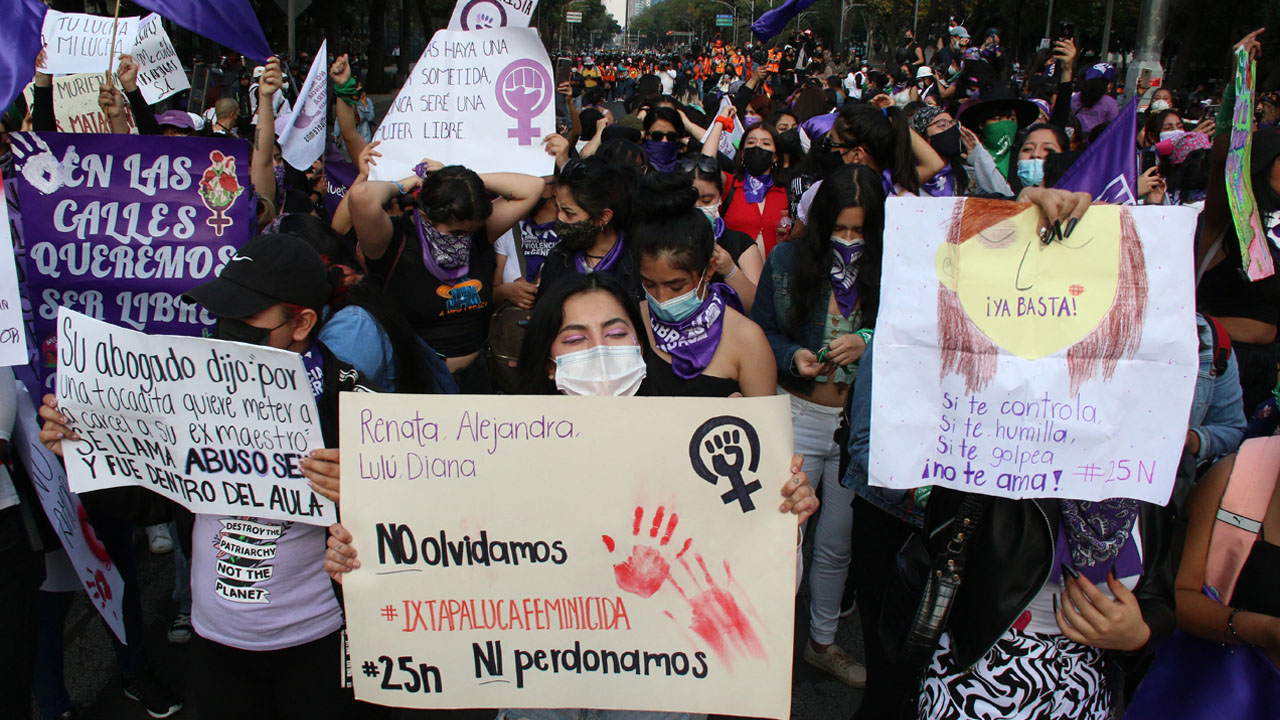 Thousands of women marched through the Mexican capital and fought with the police on Thursday demanding an end to femicide and other gender-based violence in the Latin American country.

“They did not die. They killed them, ”read one of the banners displayed at the rally to mark the International Day for the Elimination of Violence against Women.

Shouting “Not one (woman) less,” the crowd, dressed in black with flashes of purple, the color of the women’s rights movement, demanded justice for victims of gender-based violence.

“Femicide Mexico! They are killing us! “a protester yelled during a brief fight with the police.

Tensions erupted when a small number of hammer-wielding protesters tried to wrest shields from police officers, who repelled them with smoke bombs.

Around 10 women are killed every day in Mexico and activists accuse the government of not doing enough to address the problem.

More than 10,700 women have been murdered in Mexico since 2019, according to official figures.

President Andrés Manuel López Obrador has criticized feminist marches on more than one occasion, suggesting that they are promoted by his enemies to undermine his government.

Around 1,500 policewomen were deployed along the route of the march from Paseo de la Reforma to the main square of the city, the seat of the presidential palace.

Outstanding shops and monuments were fenced off to prevent vandalism.

Museveni to surrender Uganda’s only international airport over Chinese loan