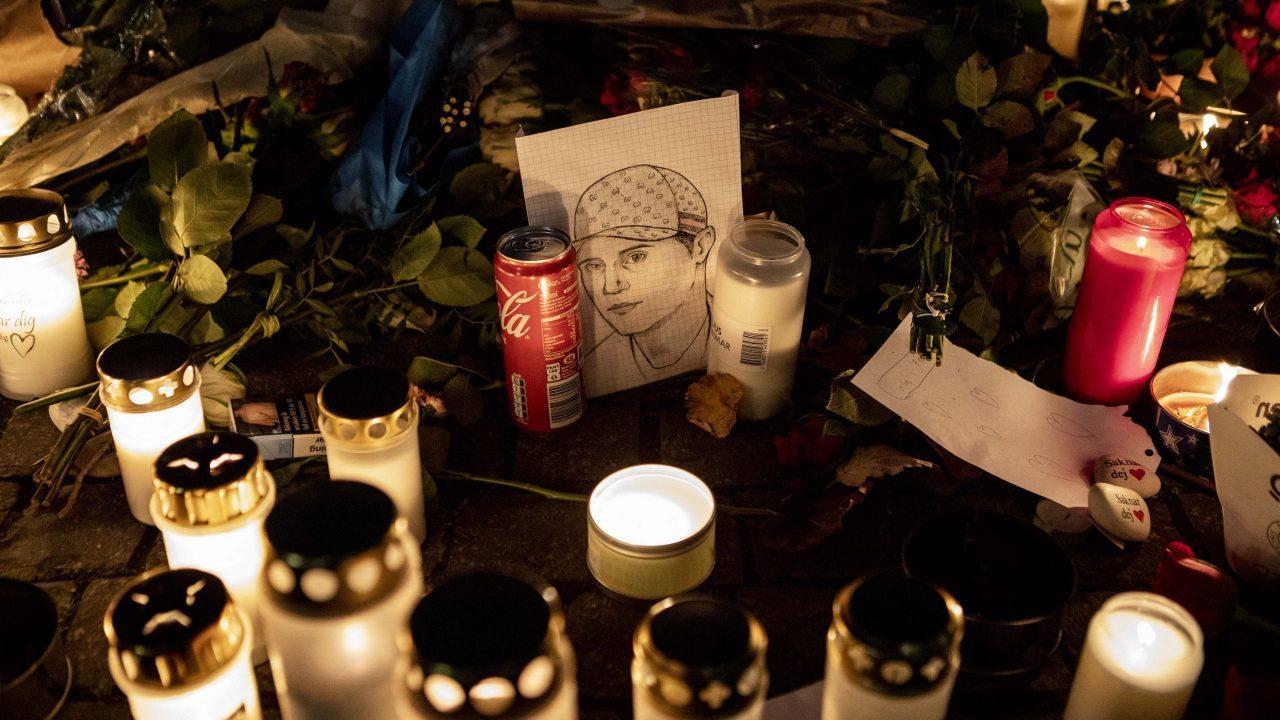 Award-winning Swedish rapper Einar, who has topped the country’s charts, was shot and killed in Stockholm, police and media said Friday as police hunted for suspects.

The 19-year-old Einar, who raps in Swedish, was the most streamed artist on Spotify in Sweden in 2019.

He was shot several times outside an apartment building shortly before 11 pm (2100 GMT) on Thursday.

Police have opened a murder investigation.

“We are actively working to figure out why it happened and who can be behind it,” Hagg said.

In line with usual practice, the police have not yet confirmed the identity of the victim. But Sweden’s mainstream media identified him as Einar, whose full name is Nils Kurt Erik Einar Gronberg.

Many of Einar’s songs reference a life of crime, including drugs and weapons. He had public feuds with rival artist Yasin, who in July was jailed for 10 months for his role in a planned kidnapping of Einar in 2020.

The plan was ultimately aborted, but Einar was abducted several weeks later without Yasin’s involvement.

Einar was beaten, robbed, photographed in humiliating conditions and blackmailed, according to prosecutors.

The kidnapping was part of a broader case involving 30 suspects in a criminal network accused of a variety of crimes.

Among the suspects was another rapper, Haval Khalil, who was sentenced in July to two-and-a-half years in prison for complicity in the kidnapping and who has also had public spats with Einar.

‘Price on his head’

The verdict was appealed and the case is currently being heard by the Svea Court of Appeal, which is expected to go on until December.

Einar had been called to attend the trial as a plaintiff, but was not planning to do so, his lawyer Rodney Humphreys told AFP.

“The same way he didn’t attend the trial in the district court,” Humphreys said.

The Aftonbladet newspaper reported Friday that Einar was living with a “price on his head” after a series of threats against him which had escalated recently.

Einar himself was one of several suspects arrested for a stabbing at a restaurant in central Stockholm earlier this month.

The son of Swedish actress Lena Nilsson, Einar grew up in southern Stockholm and often referred to the criminal scene in the area in his work.

He started his career posting songs to social media, and broke through in 2019 releasing “Katten i trakten” (The cat in the area), which hit number one on Sweden’s singles chart.

‘I will miss him so much’

Fans and friends expressed their grief on Einar’s social media.

“Einar was a real brother to me and I will miss him so much. We just released our first record last week and it feels so strange since I spoke to him just a day ago,” producer Trobi wrote on Instagram.

Prime Minister Stefan Lofven said that “it is a young life that has been lost, and I understand that he meant a lot to many young people”.

“It’s tragic that another life has been lost,” he told news agency TT.

Sweden has in recent years struggled to rein in rising shootings and bombings — usually settlings of scores by gangs and organised crime involved in drug trafficking.

As of October 15, 273 shootings had been recorded with 40 people dead so far in 2021, according to police statistics.

On Friday, party leaders from across the political spectrum called for action.

“We are in a national emergency and now political leadership is needed that will take back control,” the leader of the Left Party Nooshi Dadgostar said on Twitter.

The leader of the centre-right Centre Party, Annie Loof, echoed those sentiments.

“There are many of us who grieve, who have had enough of the senseless violence and want to fight gang crime,” Loof tweeted.