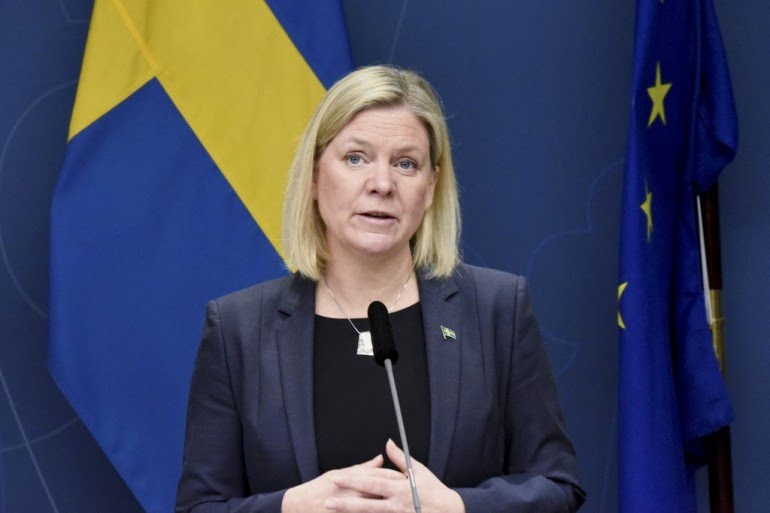 Swedish Prime Minister Magdalena Andersson has tested positive for Covid-19, her office said on Friday, making her the third party leader to contract the illness following a meeting earlier this week.

“The Prime Minister has tested positive for Covid-19 in a rapid test. He is following current recommendations and will carry out his work from home,” press secretary Johan Ekstrom told AFP via text message.

Ekstrom said Andersson was feeling fine “under the circumstances.”

In addition to Andersson, Per Bolund, who leads the Green Party along with Marta Stenevi, and Center Party leader Annie Loof also contracted the illness after a meeting of party leaders on Wednesday.

The Nordic country of 10.3 million is currently recording a record number of infections, peaking at 25,567 cases on Thursday.

Earlier this week, Sweden announced a series of new virus restrictions, including the early closure of bars and restaurants and a 500-person limit on public gatherings.

The health authorities have warned that the situation of the health services is already “very tense”.

Sweden made headlines in the early days of the pandemic when, unlike most other countries, it did not introduce any form of lockdown or school closure.

Instead, he took a softer approach, recommending social distancing, working from home and only limited use of face masks.

However, he banned visits to nursing homes, limited the number of people allowed to attend public gatherings, and restricted the opening hours of bars and restaurants.

Sweden’s death toll of about 15,300 is around the European average.

But it is significantly higher than its neighbors Norway, Finland and Denmark, initially sparking a heated debate about the Swedish strategy.

Ethiopia lashes out at WHO chief for Tigray war remarks