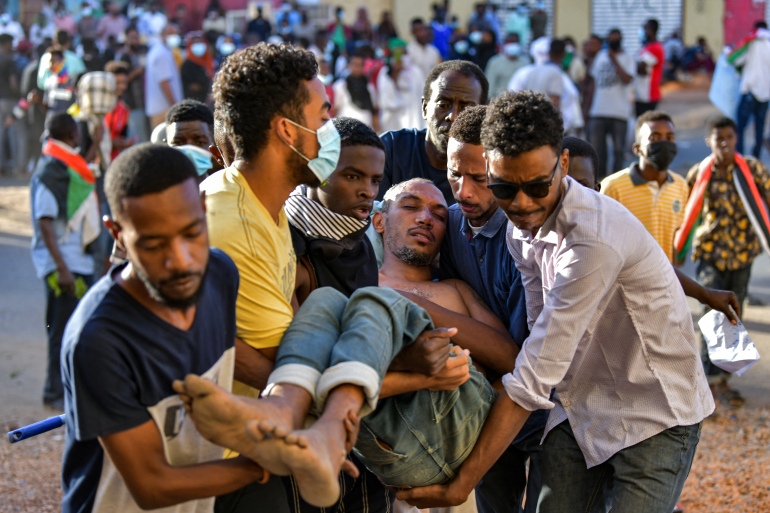 Security forces fired tear gas on Sunday as thousands of people demonstrated in Sudan‘s capital Khartoum and a neighboring city, witnesses said, keeping up the pressure on the military after a coup 11 weeks ago.

The coup, led by Army Chief General Abdel Fattah al-Burhan, on October 25 derailed a transition of power-sharing between the military and civilians that had been painstakingly established after the overthrow of the autocrat Omar-al-Bashir in 2019. .

Security forces fired tear gas as pro-democracy protesters headed toward the presidential palace, witnesses said, amid roadblocks that sought to prevent people from converging there and at the army headquarters. The protesters also gathered in Omdurman, the twin city of Khartoum.

The resumption of protests since the coup has been met with a crackdown that has killed at least 60 people, according to doctors.

Authorities have repeatedly denied using live ammunition to deal with the protests and have said that dozens of members of the security forces have been injured during demonstrations that have often deviated from the peace.

He had only just resumed his position on November 21, having originally been overthrown along with his government in the October coup.

On Saturday, the United Nations said it would facilitate talks between major Sudanese stakeholders in a bid to resolve the crisis.

But the Forces for Freedom and Change (FFC), the civilian alliance that led the protests against Bashir and became an integral part of the transitional government, said it had not received “any details” about the UN initiative.

On Sunday, the Sudan Professionals Association, equally instrumental in the protests against Bashir, said it “rejected” entirely the UN-facilitated talks.

“The way to resolve the Sudanese crisis begins with the total overthrow of the coup military council and the surrender of its members to be brought to justice for the murders committed against the defenseless (and) peaceful Sudanese people,” the SPA said in a statement. .

Burhan has insisted that the October military takeover “was not a coup” but was only intended to “rectify the course of the Sudanese transition.”

The UN Security Council will meet on Wednesday to discuss the latest developments in Sudan.

Related Topics:But Forces for Freedom and Change (FFC)SPASudanUNUN-United Nations
Up Next