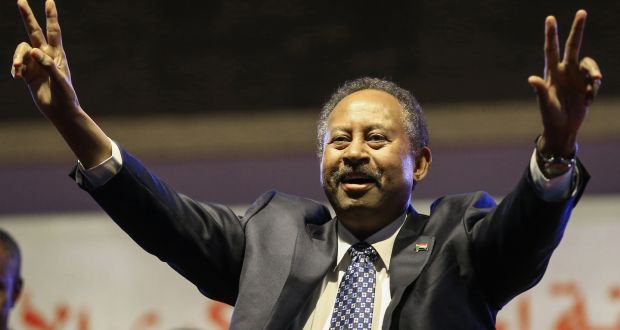 Hamdok has taken over the top civil service at the presidential palace in the capital Khartoum, state broadcaster Sudan TV reported.

A few minutes earlier, Mr. Hamdok and the military general, Abdel Fattah al-Burhan, had signed an agreement for a new transitional government.

“We will get our country back on track,” Hamdok promised.

The deal reopened the way for democracy, he added.

According to the agreement, Hamdok will be allowed to form a cabinet with civilian representatives.

Mr. Al-Burhan, however, will lead the new interim government with Mr. Hamdok as head of the Sovereign Council.

The Sovereign Council also includes representatives of the army.

In addition, all political prisoners detained following the October 25 coup will be released.

The deal to reset the political clock in Sudan came after lengthy negotiations between the leaders of the military coup and representatives of civil society.

Mr. Hamdok had been under house arrest since the coup.

Initially, it was not clear whether military representatives would also be part of the new government.

Mr Hamdok was installed as transitional prime minister in 2019 after protests toppled former dictator Omar al-Bashir, who had ruled the country for decades.

Mr. Hamdok’s government was initially tasked with holding elections which would have seen the military give way to civilian government.

During the transition, the country was ruled by the Sovereign Council, which included both military and civilians.

That deal appears to have been torn apart last month when al-Burhan dissolved the government, placed Hamdok under house arrest and declared a state of national emergency.

In recent weeks, thousands of Sudanese citizens have repeatedly demonstrated to demand more democracy and civilian government in the country of 44 million people.

At least 15 people have died in a recent spate of protests after soldiers fired on crowds.

Another mass demonstration is scheduled for Sunday in the capital Khartoum.

The international community also demands the restoration of constitutional order.