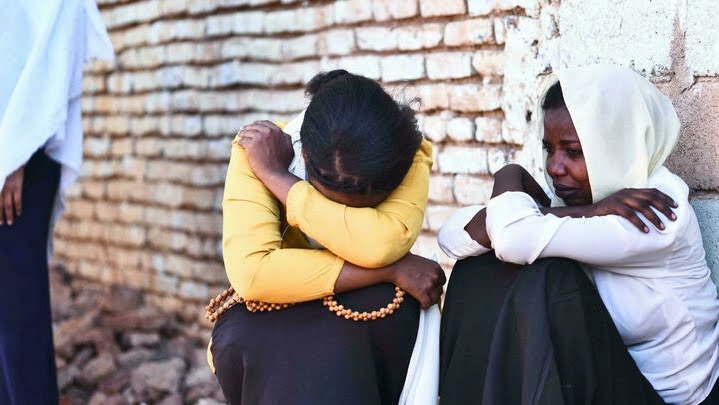 Sudan’s top military leader and the prime minister he ousted last month have reached a deal for the premier’s rqeturn to government and the release of detained civilian leaders, mediators said Sunday.

General Abdel Fattah al-Burhan on October 25 declared a state of emergency and ousted the government in a move that upended a two-year transition to civilian rule and sparked international condemnation.

Prime Minister Abdalla Hamdok had been under effective house arrest since the power grab that triggered a wave of mass street protests in which 40 demonstrators have been killed according to medical sources.

“A political agreement has been reached between General Burhan, Abdalla Hamdok, political forces and civil society organisations for Hamdok’s return to his position, and the release of political detainees,” senior Sudanese mediator Fadlallah Burma, acting head of the Umma party, told AFP.

The statement raised hopes the strife-torn northeast African country will be able to return to its fragile transition process toward full democracy that started after the 2019 ouster of veteran autocratic president Omar al-Bashir following mass protests.

A group of Sudanese mediators including politicians, academics and journalists who have been locked in crisis talks in recent weeks, released a statement outlining the main points of the deal.

It included the restoration of Hamdok as prime minister, the release of all detainees and what it said was the resumption of the constitutional, legal and political consensus governing the transitional period.

However, the main civilian bloc which spearheaded the anti-Bashir protests and signed a 2019 power-sharing deal with the military, rejected Sunday’s deal.

“We affirm our clear and previously declared position, that there is no negotiation, no partnership, no legitimacy for the coup,” said the mainstream faction of the Forces for Freedom and Change in a statement.

The group also demanded the coup leaders be tried over undermining the legitimacy of the transition process, for repression and the killing of protesters.

– Wave of protests -The return of Hamdok, a British-educated economist who has worked for the United Nations and African organisations, has been a key demand of international community.

“The agreement will be officially announced later today, after the signing of its terms and the accompanying political declaration,” the Sunday statement said.

Sunday’s deal announcement came as pro-democracy activists geared up for the latest in a wave of mass protests to denounce the coup and the ensuing crackdown, in which medics say 16 people were killed last Wednesday alone.

Police officials deny firing live ammunition and insist they have used “minimum force” to disperse the protests. They have recorded only one death, among demonstrators in North Khartoum.

On Saturday, hundreds again rallied in Khartoum while in North Khartoum, across the Nile river from the capital, protesters erected barricades and set tyres on fire.

During the unrest in North Khartoum, a police station was torched, with security forces and protesters blaming each other for the fire.

– History of coups -Sudan, which is mired in a dire economic crisis, has a long history of military coups, having enjoyed only rare interludes of democratic rule since independence in 1956.

Burhan, who served under Bashir’s three-decades long rule, become Sudan’s de facto leader after the army ousted and jailed the president in 2019.

The veteran general headed the Sovereign Council of military and civilian figures, with Hamdok as prime minister leading the cabinet.

But deepening splits and long-simmering tensions between the military and civilians marred the transition, and last month Burhan led the army takeover.

Burhan has insisted that the military’s move “was not a coup” but a step “to rectify the transition”.

Earlier this month, he announced a new ruling council in which he kept his position as head, along with a powerful paramilitary commander, three senior military figures, three ex-rebel leaders and one civilian. But the other four civilian members were replaced with lesser known figures.