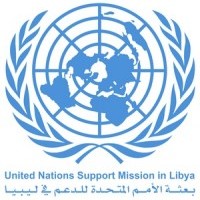 Special Envoy Ján Kubiš, ASG / UNSMIL Coordinator Raisedon Zenenga and ASG / Humanitarian Coordinator Georgette Gagnon met today with the President of the designated Presidential Council, Mr. Mohamed Almenfi, and the designated PC member, Mr. Abdullah The Lafi, in Tripoli. He congratulated them on their election to the LPDF. They discussed the ways the UN can support to accelerate the implementation of the Libyan Political Dialogue Forum (LPDF) Roadmap, including holding an official House of Representatives vote of confidence session. Mr. Kubis highlighted Mr. Almenfi’s commitment to the LPDF Roadmap, including the holding of the elections on December 24, 2021. He expressed the UN’s willingness to provide all necessary technical support to the CP designated in the comping phase, especially in reconciliation and transitional justice efforts. and the unifications of state institutions.

Special Envoy Kubiš, UNSMIL Coordinator Zenenga and HC / RC Georgette Gagnon also met with the Defense Minister of the Government of National Accord, Mr. Salaheddine Namroush, and senior officials from the Defense Ministry in Tripoli. They discussed the security situation in the country and ways to accelerate the implementation of the ceasefire agreement and supported the ongoing efforts of the 5 + 5 Joint Military Commission. They also discussed cooperation in the unification of military and security institutions. and United Nations support for Security Sector Reform (SSR) and Disarmament Demobilization and Reintegration (DDR) efforts.

They also met with the Head of the National High Electoral Commission (HNEC), Dr. Emad Al-Sayeh, to discuss who reported on the preparations for the upcoming national elections on December 24, 2021. Dr. Al-Sayeh expressed his appreciation for the continued support of UNSMIL and the international community to the HNEC. Special Envoy Kubis said that the United Nations and international partners fully support the holding of the elections, which allows Libyans to democratically elect their representatives. He reiterated the UN’s willingness to provide the necessary technical support to HNEC to ensure the success of this democratic process.

In the same context as his meetings in al-Qubba yesterday, where he met with the Speaker of the House of Representatives and a group of HoR members, Special Envoy Kubiš, accompanied by UNSMIL Zenenga and HC / RC coordinator Georgette Gagnon , they held a meeting this afternoon. with a large group of members of the House of Representatives (HoR) in Tripoli to exchange views on the way forward, especially regarding holding an official HoR session as soon as possible. He told HoR members that a vote of confidence would not only provide a legitimate umbrella for the new interim executive, but would also send a strong signal that he has massive support from the legislative authority.

Security and community: Safeguard operations in Mozambique (by Charnè Hundermark)