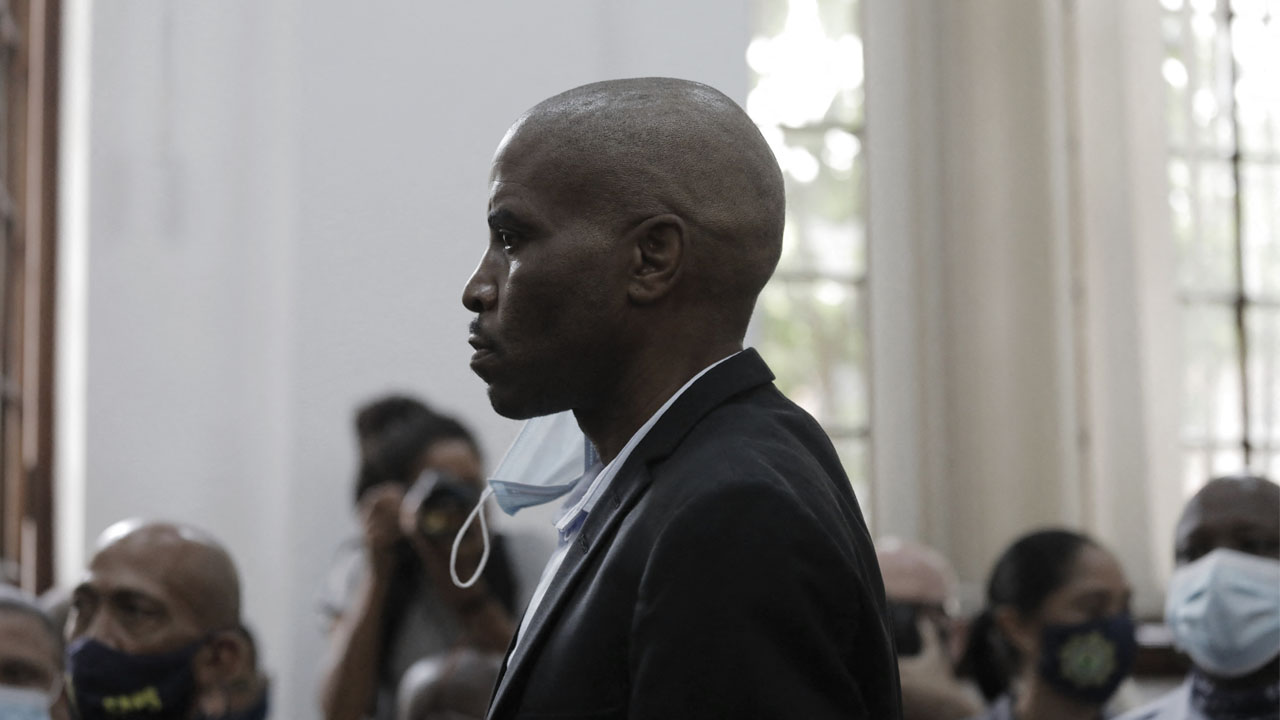 A man suspected of starting a fire that destroyed South Africa‘s parliament appeared in court for a second time on Tuesday to face a new terrorism charge, in addition to allegations of theft and arson.

Zandile Christmas Mafe, 49, was arrested in the vicinity of the Parliament complex in Cape Town after the fire broke out on January 2 and appeared in court three days later.

Magistrate Zamekile Mbalo gave prosecutors a month’s delay to determine Mafe’s mental state and “if he is fit to stand trial” after a diagnosis of schizophrenia.

Mafe was initially charged with breaking into parliament, arson and intent to steal property, including laptops, tableware and documents, before the terrorism charge was added.

Prosecutors said the additional charge was filed after investigators viewed CCTV footage of the parliament on Monday.

A new charge said that “the accused is guilty of the crime of contravening the provisions of … the protection of constitutional democracy against terrorism and related activities,” according to a court document.

“The defendant unlawfully and intentionally delivered, planted, discharged or detonated an explosive or other lethal device in … the parliament building for the purpose … of causing extensive damage,” he said without elaborating.

The fire started before dawn on January 2 and spread to the National Assembly, whose roof collapsed.

Mpofu is one of South Africa’s most famous lawyers, whose high profile clients include former President Jacob Zuma.

He said Mafe was seeking bail.

Mafe has promised that “if his request for bail is unsuccessful and he is not released, from now on, he will embark on a hunger strike,” Mpofu said in the small courtroom.

According to Mpofu, Mafe, who is widely described as homeless, “does not understand why the government, which was unable to feed him when he was poor outside and managed on his own, is now so interested in feeding him for an additional period of time. . ”.

Without releasing details, Mpofu said his client believed he was being “victimized and attacked in particular because he is poor.”

He declined to say if he was appearing pro bono for Mafe, when asked by AFP.

In stark contrast to his first court appearance in which he wore a beard and wore a gray shirt with knee-length denim shorts, he appeared clean-shaven in a light blue shirt and dark jacket on Tuesday. Mafe turned his head in search of photographs for the photographers.

When Tuesday’s hearing concluded, Mafe repeatedly shook his head from left to right, removing his mask.

Since his arrest, a debate has erupted in South Africa over whether Mafe, described in local media as a homeless man, was responsible for setting the building on fire.

Protesters outside the court building demanded his release, saying he was a scapegoat.

A group of about 30 people picketed outside, brandishing handwritten banners such as “Free Mafe”, “He is innocent” and “He is not guilty”.

Sprinkler failure
A homeless person recounted the events of the night the fire started. He was sleeping on a street near the parliament complex and heard a sound like a car collision. He later suspected that this was the raid before the fire started.

A preliminary report from the city of Cape Town last week said the fire detection system appeared “faulty”, “sprinklers did not activate” and maintenance scheduled for February 2020 had not been carried out.

It took dozens of firefighters more than two days to extinguish the blaze, which tore through the wood-paneled meeting room where parliamentary debates are taking place.

No casualties were reported in the fire, but the extensive damage shook the country and forced authorities to move President Cyril Ramaphosa’s annual state of the nation address next month to an alternate location in Cape Town.

Ramaphosa said at the weekend that incidents like the parliament fire undermined the country’s security and stability.

South Africa’s parliament is located in Cape Town, while its government is in Pretoria, near the economic center of Johannesburg.