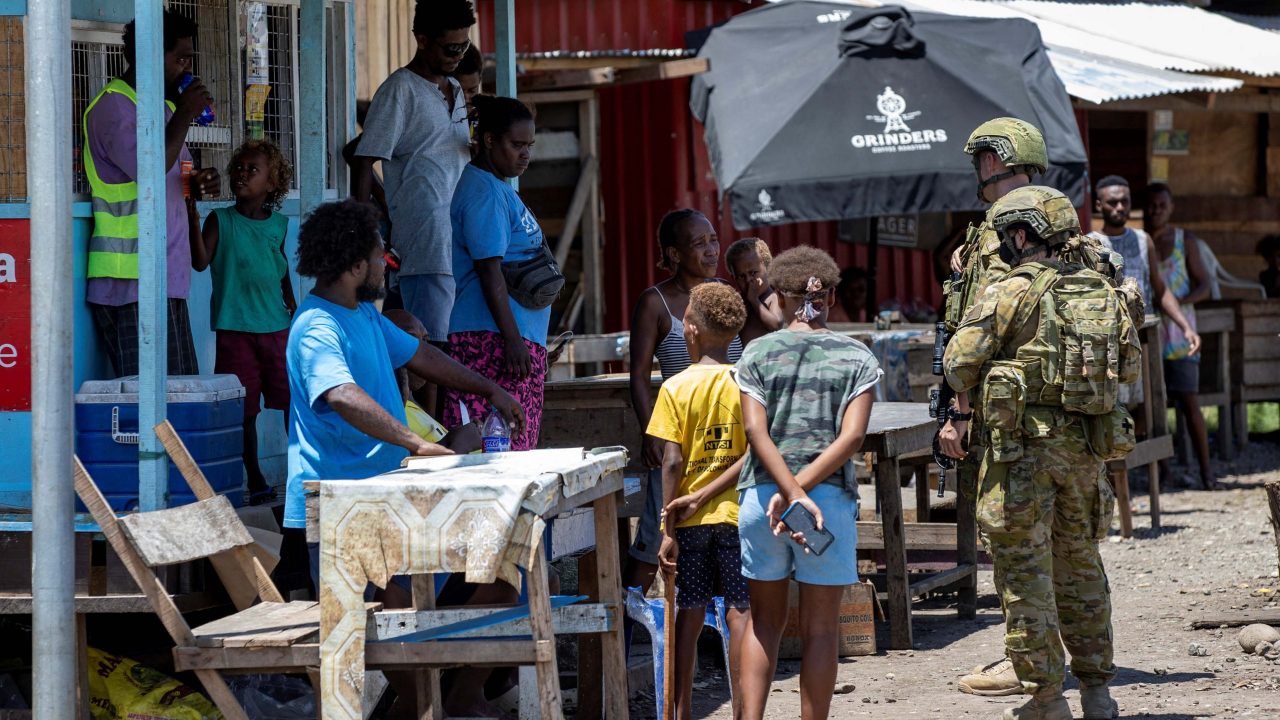 The Solomon Islands prime minister defied pressure to resign on Sunday, saying the violent unrest in the capital had been orchestrated by a few people with “bad intentions” to topple him.

“It is very clear that recent events were well planned and orchestrated to remove me as prime minister for unsubstantiated reasons,” Prime Minister Manasseh Sogavare said in a speech broadcast to the Pacific island nation.

“I want to show the nation that the government has all the intention and nothing will move us. We must and will never bow down to the bad intentions of some people, ”Sogavare said.

Many residents of the 800,000-strong Pacific island nation believe their government is corrupt and in debt to Beijing and other foreign interests.

The protesters have channeled their anger directly at Sogavare and his government, with mobs attempting to set fire to the parliament and the prime minister’s private residence as police fired tear gas and warning shots.

Sogavare has previously blamed the three days of violence, during which rioters incinerated parts of the capital before the riots subsided over the weekend, on an unscrupulous few who led others astray with false information.

“We must and will never bow down to the evil intentions of a few people. We must tackle intimidation, harassment and violence. We owe it to our children and the majority of our people who cannot defend themselves, ”said the leader of the Solomon Islands.

He said the violence, focused on the capital’s Chinatown, had caused 200 million Solomon Islands dollars ($ 25 million) in damage and destroyed 1,000 jobs in an economy already squeezed by the impact of the pandemic.

Sogavare said the government was working on a recovery package to help damaged companies recover.

The prime minister reiterated a promise to hold the unidentified “instigators” accountable.

“Rest assured that they will face the full weight of the law and that arrests are already being made as investigations continue, with more arrests to come,” he said.