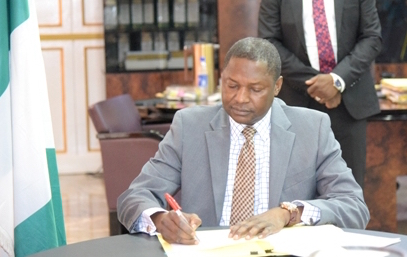 Justice Minister Abubakar Malami, SAN has set up a five-member committee to investigate and verify the authenticity of alleged claims by a union selling property taken back by the government.

Mr. Malami revealed this in a statement from Dr. Umar Gwandu, his special assistant in media and public relations on Tuesday in Abuja.

“It is important to make clear that the office of the Honorable Attorney General of the Federation and Minister of Justice has not officially started the sale of the property recovered from the Federal Government.

“The Honorable Minister did not approve, order or have knowledge of the sale of any of these assets.”

He said that the composition of the committee members was disclosed in a circular signed by the Attorney General of the Federation UE Mohammed, ESQ dated November 29, 2021.

The circular was titled “The Constitution of a Committee to Investigate the Alleged Sale of Property of the Federal Government of Nigeria by a Union in the Ministry.”

“A committee is hereby constituted to investigate the accusation with a view to unraveling the veracity or not of the Publication,” the circular reads in part.

The Committee, which is chaired by the Director of the Public Ministry of the ministry, must reveal the veracity of the publication and recommend ways to handle the matter in accordance with the provisions of current laws.

According to the circular, the committee is expected to complete the task within a week and present the report of its findings to the Federal Attorney General and the Permanent Secretary of the Federal Ministry of Justice.

Mr. Malami therefore asked the public, especially those who interacted with the alleged syndicated group or who have information or possess some evidence, to open up and provide information that could be useful for the committee to fulfill its responsibility. .