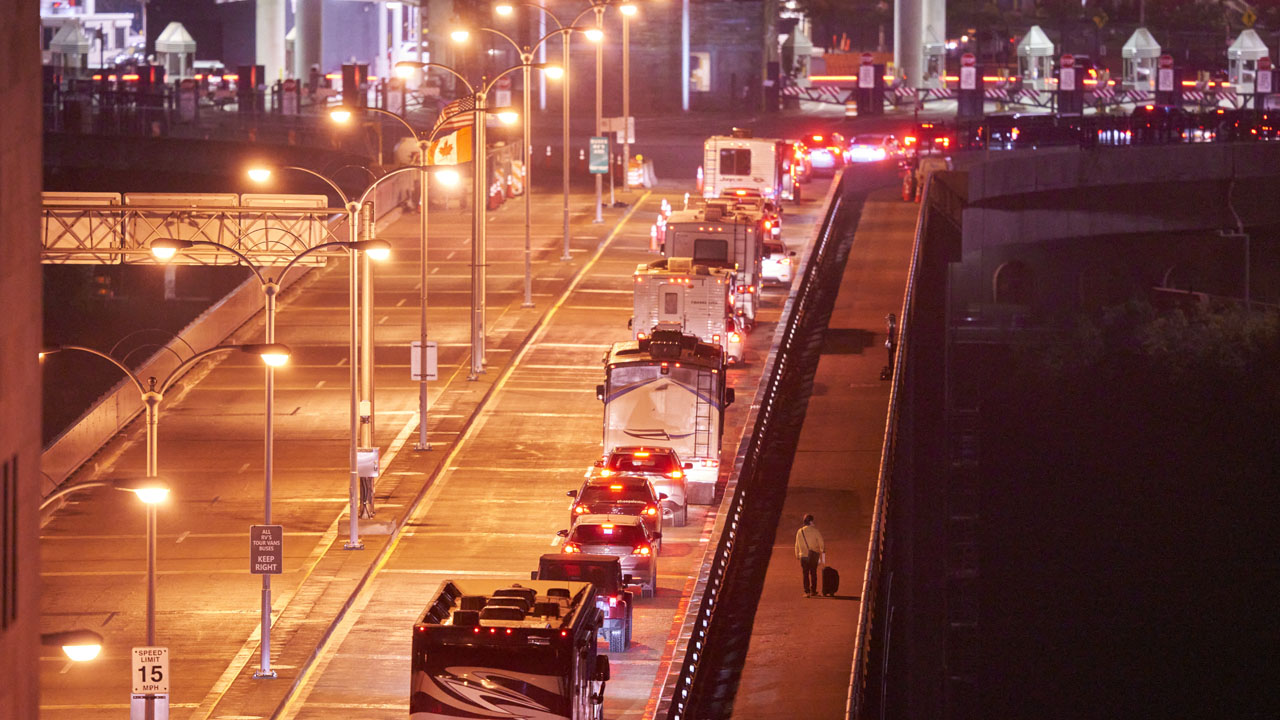 The ban, imposed by former President Donald Trump in early 2020 and upheld by his successor Joe Biden, has been widely criticized and become emblematic of the upheavals caused by the pandemic.

At airports in Europe, passengers queued excitedly to board planes bound for the US east coast, while long lines of masked people, cars and motor homes were seen before dawn at the borders with Mexico and Canada.

The United States closed its borders after March 2020 to travellers from large parts of the world, including the European Union, Britain and China, India and Brazil, in an effort to slow the spread of the coronavirus.

Overland visitors from Mexico and Canada were also banned.

Larger planes
At Charles de Gaulle airport in Paris, Charlotte Boulais, 27, stood in the queue to drop off her luggage, excited at the prospect of seeing her friends again.

“I’m going to New York, we’re going to sightsee with my husband and see friends who have been over there for a year-and-a-half and who we haven’t seen because of Covid,” she said.

Over at London Heathrow Airport, two planes from rival airlines British Airways and Virgin Atlantic heading to New York took off at the same time from parallel runways, to mark the occasion.

To cope with surging demand, airlines have increased the number of transatlantic flights and plan to use larger planes.

Dollar shortages
Along the US-Mexico border, many cities have faced economic struggles due to anti-Covid trade restrictions.

Underscoring anticipation of the reopening, currency exchange centers in Mexico’s Ciudad Juarez were hit by a shortage of dollars.

The Ciudad Juarez government has implemented a special system to direct traffic, including installing portable toilets on the three bridges crossing into the United States “as waiting times of up to four hours are estimated,” said the local director of road safety, Cesar Alberto Tapia.

In the United States’ northern neighbour, seniors will be able to resume their annual trips to Florida to escape the bitter Canadian winters.

Before sunrise, passenger cars and motor homes were seen lined up on Rainbow Bridge between Niagara Falls in Ontario and New York.

But the cost of PCR tests Canada requires for cross-border travel — up to $250 — can be prohibitive.

Ann Patchett, an Ontario resident, told the Ottawa Citizen it will cost $500 for her and her husband to go south to visit family.

Some restrictions remain
Lifting the travel ban will affect more than 30 countries, but entry into the United States will not be totally unregulated.

US authorities plan to closely monitor travellers’ vaccination status and will still require them to present negative Covid-19 tests.

The reopening will happen in two phases.

Starting Monday, vaccines will be required for “non-essential” trips — such as family visits or tourism — although unvaccinated travellers will still be allowed into the country for “essential” trips.

A second phase, beginning in early January, will require all visitors to be fully vaccinated to enter the United States by land, no matter the reason for their trip.

US health authorities have said all vaccines approved by the US Food and Drug Administration and the World Health Organization would be accepted for entry by air.

The WHO has expressed “grave concern” over the rising pace of infections in Europe, warning the current trajectory could mean “another half a million Covid-19 deaths” by February.

US Surgeon General Vivek Murthy said Sunday on ABC he’s “cautiously optimistic about where we are,” while adding: “We can’t take our foot off the accelerator until we’re at the finish line.”

But in Berlin, 51-year-old Elisabeth Zours is ready to hit the road.

A lifelong Rolling Stones fan, Zours had to miss a St. Louis show by the rock supergroup in September due to restrictions and was “frustrated” by the slow US reopening.

Now she plans to make up for lost time.

“I’ve got tickets for four (US) concerts,” she said.