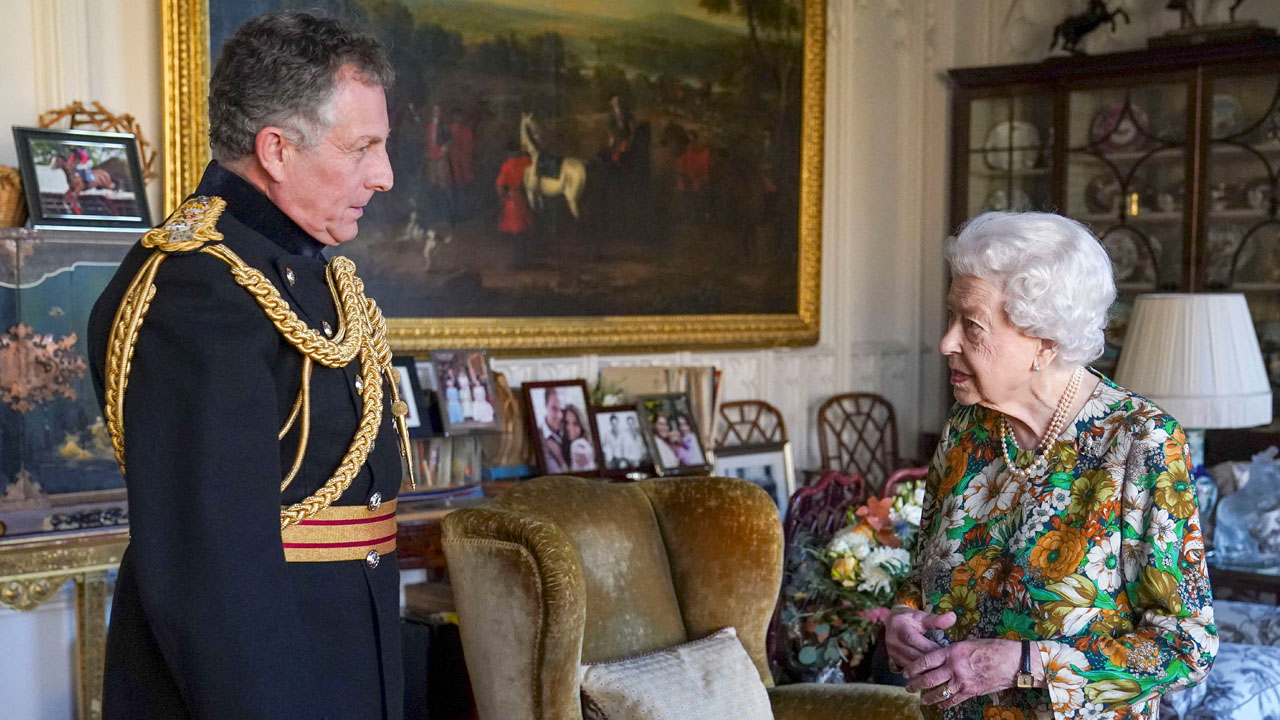 The 95-year-old monarch withdrew from an annual event remembering Britain’s war dead on Sunday with a “sprained back”, the latest of several cancelled appearances that have added to fears about her health.

But she welcomed chief of defence staff Nick Carter at her Windsor Castle residence west of London to mark his departure from the role.

Carter was in full ceremonial uniform chatting to the queen, who was wearing a green, orange and white floral dress in the castle’s Oak Room and standing unaided, weeks after she had been seen using a walking stick.

Video footage showed Carter being greeted by the monarch’s dachshund-corgi cross, Candy, who lay on the red-carpeted floor by the door as they spoke.

It was the first time the queen had been seen carrying out an in-person engagement since hosting a reception at Windsor for global investors on October 19.

The following day Buckingham Palace announced she had pulled out of a planned two-day trip to Northern Ireland and had been advised to rest on medical grounds.

But within 24 hours, royal officials were forced to confirm a newspaper report that she had spent the night at a private hospital in central London after unspecified tests.

Aides insisted the overnight stay was for “practical reasons” and she had resumed “light duties”, including holding video calls with incoming ambassadors.

Speculation about her health was fuelled on October 26, however, when she withdrew from a planned appearance at the UN climate change summit this month.

Again, it followed “advice to rest” from doctors and instead sent a video message to world leaders, urging them to take collective action to halt runaway global warming.

Her eldest son and heir, Prince Charles, 73, attended the event in her absence and is currently representing her on an overseas visit to Jordan and Egypt.

Britain’s Prime Minister Boris Johnson has sought to reassure the public about the queen’s health.

On Sunday, he said he had an audience with her, but without cameras, last Wednesday, telling reporters: “She was very well.”

Palace officials have blamed the queen’s hectic schedule since she returned from her annual summer holiday to her Balmoral estate in northeast Scotland.

She has kept up her public engagements since the death of her husband of 73 years, Prince Philip, in April, including hosting G7 leaders at a summit in Cornwall in June.

At least two killed in blast in Shiite district of Kabul