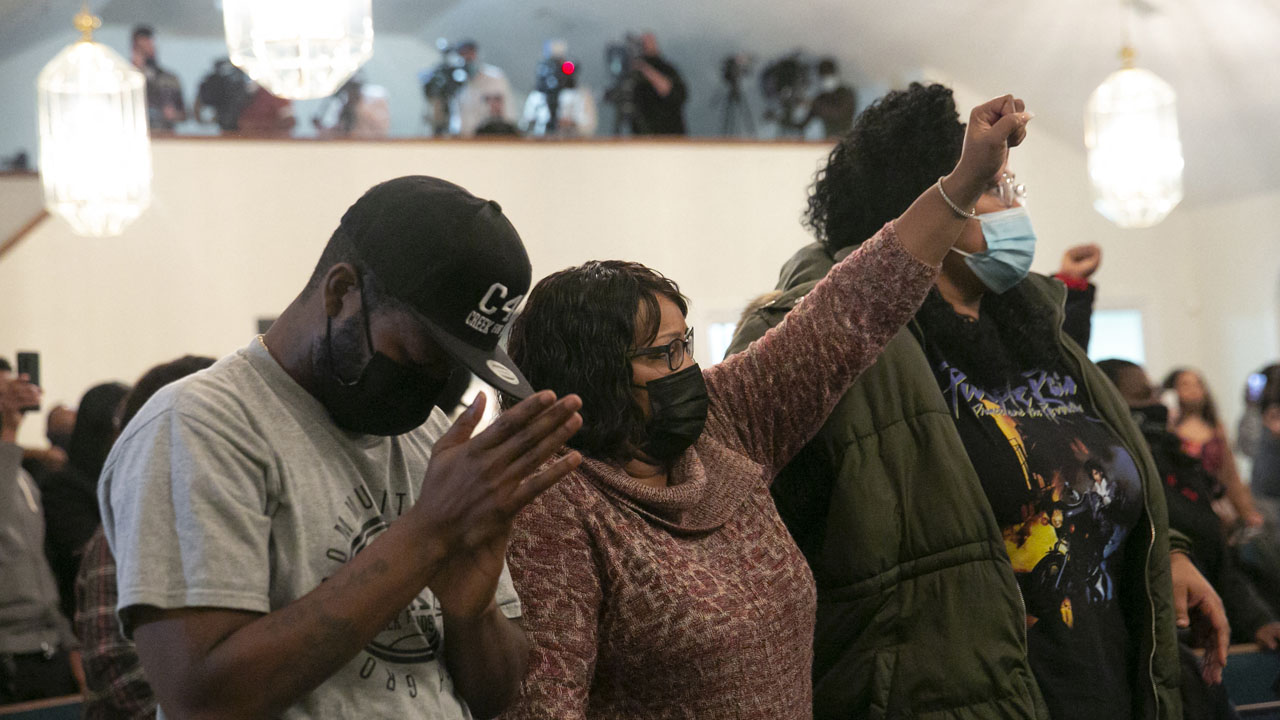 The fatal shooting of an unarmed black man by an off–duty white police officer under mysterious circumstances has fueled outrage in a North Carolina town, where residents and family members of the victim protested Thursday night.

The death of Jason Walker threatens to catapult racism back into the spotlight as African-Americans demand justice for several murders that have highlighted America’s struggles with gun laws, police impunity and racial inequality.

“Just as the truth was revealed” for George Floyd, Ahmaud Arbery and Breonna Taylor, “the truth will be revealed for Jason Walker,” Crump said, referring to three high-profile murders of black Americans by current or former police officers during the last two years.

Crump represented the families in all three cases, sparking nationwide protests over police violence against minorities.

“My prayer is that there is peace,” Walker’s mother said at the rally.

Earlier in the week, small groups of residents marched through the city, demanding the arrest of Jeffrey Hash, the off-duty police officer who shot Walker on Saturday.

The officer, who had been a city employee since 2005, was driving his vehicle with his wife and daughter when they approached Walker, an unarmed 37-year-old black man who was crossing the street near his parents’ home.

Moments later, Hash opened fire and soon after Walker lay dead from gunshot wounds. Exactly what happened is in dispute.

In an amateur video, filmed just after the shooting and posted online, the police officer explains to colleagues called to the scene that Walker jumped into the middle of the street and slammed on the brakes to avoid it.

According to Hash, Walker then threw himself on top of the vehicle, ripped out a windshield wiper and used it to hit the windshield, prompting Hash to draw his gun to protect his family.

administrative license
But witnesses said Hash hit the pedestrian before coming to a stop.

“I saw him slow down, come to a complete stop and then continue,” Elizabeth Ricks told an ABC station. “I saw him hit Jason…then his body crashed through the windshield.”

Ricks said he then heard gunshots.

“I think he fired the first shot through the windshield and three more times out of the vehicle,” he added.

According to police, Hash’s black truck had no visible dents and Walker’s body showed no signs of impact other than gunshot wounds.

The officer was placed on administrative leave but has not been arrested or charged with any crime. State investigators have begun an investigation into the murder.

Crump said the Fayetteville family and community at large were demanding to know why Walker was “senselessly shot and killed” by an off-duty officer.

“We have reason to believe that this was a case of ‘shoot first, ask questions later,’ a philosophy seen all too often within law enforcement,” Crump said in a statement that same day.

American police officers kill an average of 1,000 people each year, with an overrepresentation of African-Americans among the victims.

Police are rarely prosecuted, though the major anti-racism protests of 2020 prompted some changes in the courts, with convictions against some police officers and others in high-profile shooting deaths.