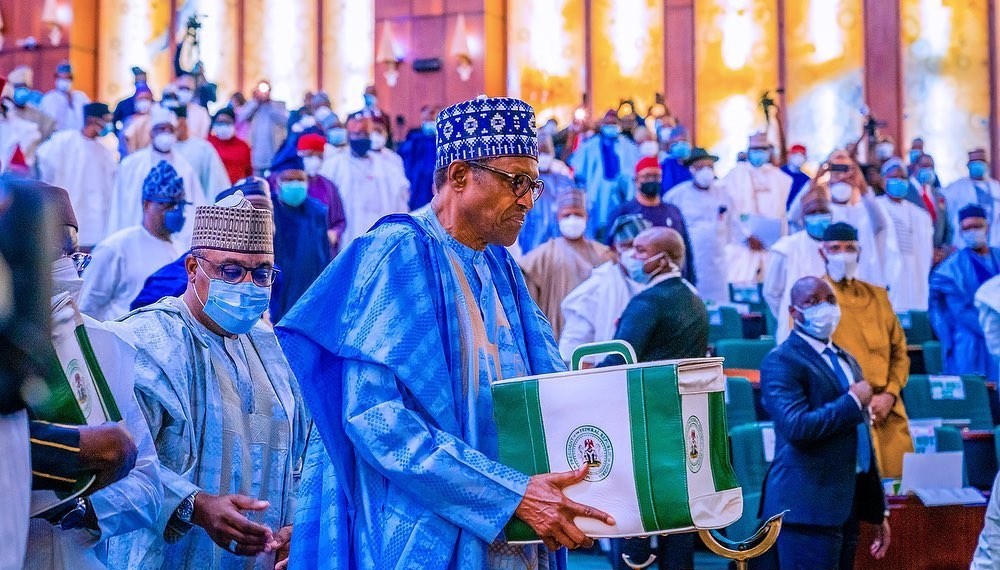 The Independent Commission on Corrupt Practices and Other Related Crimes, ICPC, says 257 projects worth N20.138 billion were doubled in the 2021 budget.

ICPC President Professor Bolaji Owasanoye revealed this in Abuja on Tuesday at the 3rd National Summit on Reducing Corruption in the Public Service.

The summit’s theme is: Corruption and the cost of governance: new imperatives for fiscal transparency.

He said the money was discovered through the agency’s project tracking initiative, designed to ensure accountability and transparency in the conception, execution and management of publicly funded projects.

The ICPC president, however, said the anomaly was rectified when the commission came to the attention of the Minister of Finance.

Regarding the monitoring of the projects of the constituency, he said that in the third phase of the exercise, 1,083 projects were registered throughout the country with the exception of Borno and Zamfara due to security problems.

He said that the exercise verified the implementation of the executive and zip projects of the legislators.

“So far we have initiated enforcement actions against 67 contractors and forced them to return to the site and secured the completion of 966 projects worth N310 billion, some of which have been abandoned so far.

“Our findings indicate that the same disease of corruption affects both executive projects and zip projects, undermining government projections, increasing the cost of governance and denying Nigeria profitability.

“These illnesses include: poor needs assessment that disconnects projects from beneficiaries; False certification of incomplete contracts as completed.

“Other challenges relate to duplicating projects in the budget.

“The CIPC review found that 257 projects worth N20.138 billion were doubled in the 2021 budget, prompting us to submit a notice to the Minister of Finance that was quickly taken over by the Minister to prevent abuses,” he said. .

The head of the CIPC also explained that the agency investigated some cases of illegal hiring that were referred to him by the Head of the Federation’s Civil Service.

He added that the outcome of the investigation has largely implicated the Ministry of Labor and University College Hospital Ibadan and various corrupt staff from other lower-level MDAs.

“At another level, a syndicate of corrupt individuals within the service corruptly employs unsuspecting Nigerians, sends them bogus employment letters and fraudulently enrolls them in IPPIS.

“Such innocent Nigerians were likewise sent to the MDA to start work.

“The ICPC is prosecuting one of the union leaders from whose custody we recovered several false letters of recommendation allegedly signed by the Chief of Staff to the President, Hon. Ministers, Federal Public Administration Commission and other high-ranking Nigerians.

“This abuse of power is consummated with the complicity of elements compromised in IPPIS. These cases are currently under investigation, “he added.

Owasanoye, however, recommended that the government invest more in prevention and behavior change strategies along with public order measures to combat corruption.

This, he says, is important if we want to maximize the benefits of prevention and the wisdom that “prevention is better than cure.”

“ICPC, in collaboration with development partners, notably the Ford Foundation for Illicit Financial Flows (IFF) and the MacArthur Foundation for Behavior Change, is paying more attention to these areas in the coming months.”

“The government is very concerned that about 60 percent of the federal government’s overhead in three years (2012 to 2014) has been spent on travel, maintenance, local and international training, welfare, stationery, consumables, fees .

“This summit is intended to adequately refocus all branches of government and their agencies on the need for greater openness in the use of financial resources for the purposes for which they are intended, to reduce the cost of governance.”

Lawan, who was represented by Senator Michael Nnachi, said that decreasing corruption in the public sector was crucial for the delivery of government programs and services to meet the 2030 Sustainable Development Goals, SDGs.

The president of the Senate assured that the National Assembly will continue to take measures and enact laws that strengthen the fight against corruption and limit illicit financial flows.

The highlight of the event was the presentation of the Public Service Integrity Awards to three Nigerians highlighted by President Muhammadu Buhari.