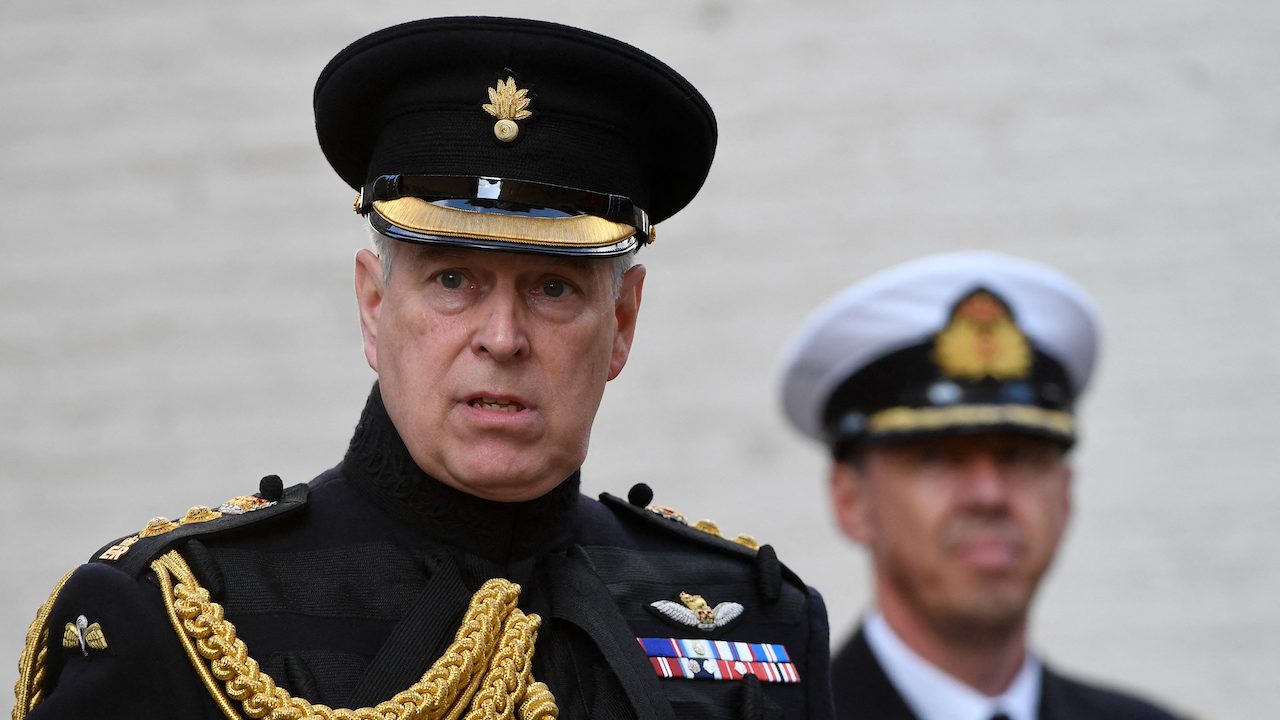 Queen Elizabeth II’s second son, Prince Andrew, who is facing a civil case in the United States for sexual assault, has resigned from his honorary military and charitable duties, Buckingham Palace said on Thursday.

“With the Queen’s approval and agreement, the Duke of York’s military affiliations and royal patronages have been returned to the Queen,” a statement said.

“The Duke of York will continue to take no public role and is making this case as a private citizen.”

The announcement came after a New York judge ruled Wednesday against the 61-year-old prince, who had sought to have the case against him dismissed.

Andrew, a former Royal Navy helicopter pilot who flew in the 1982 Falklands War, is accused of sexually assaulting Virginia Giuffre when she was 17 years old.

Giuffre alleges that the late disgraced financier Jeffrey Epstein lent her to have sex with his rich and powerful associates.

Andrew, who is ninth in line to the throne, was forced to step down from his royal duties at the end of 2019, following a disastrous television interview in which he tried to defend his ties to Epstein.

Public outrage at the time caused various charities and associations to distance themselves from him, and he has since repeatedly denied Giuffre’s allegations.

He has rarely been seen in public since the television interview.

On Thursday, he was seen being driven from his home near Windsor Castle, west of London, an AFP photographer said.

The announcement came after more than 150 veterans of the Royal Navy, Royal Air Force and British Army wrote to the Queen, asking her to strip Andrew of his ranks and titles in the armed forces.

The 95-year-old head of state is commander-in-chief of the army, navy and air force.

“If this were any other high-ranking military officer, it is inconceivable that he would still be in office,” the veterans wrote in a joint letter made public by the anti-monarchy lobby group Republic.

“Officers in the British armed forces are held to the highest standards of probity, honesty and honorable conduct.

“These are standards that Prince Andrew has failed to meet,” they wrote, adding that he had “discredited the services with which he is associated.”

Senior members of the British royal family have generally been appointed honorary heads of military units, with the approval of the Queen.

Andrew was an honorary colonel of the Grenadier Guards, whose soldiers guard Buckingham Palace in their distinctive bearskin hats and red robes.

Royal sponsorships are partnerships with charities and other organizations.

Related Topics:AFPIIUnited States
Up Next