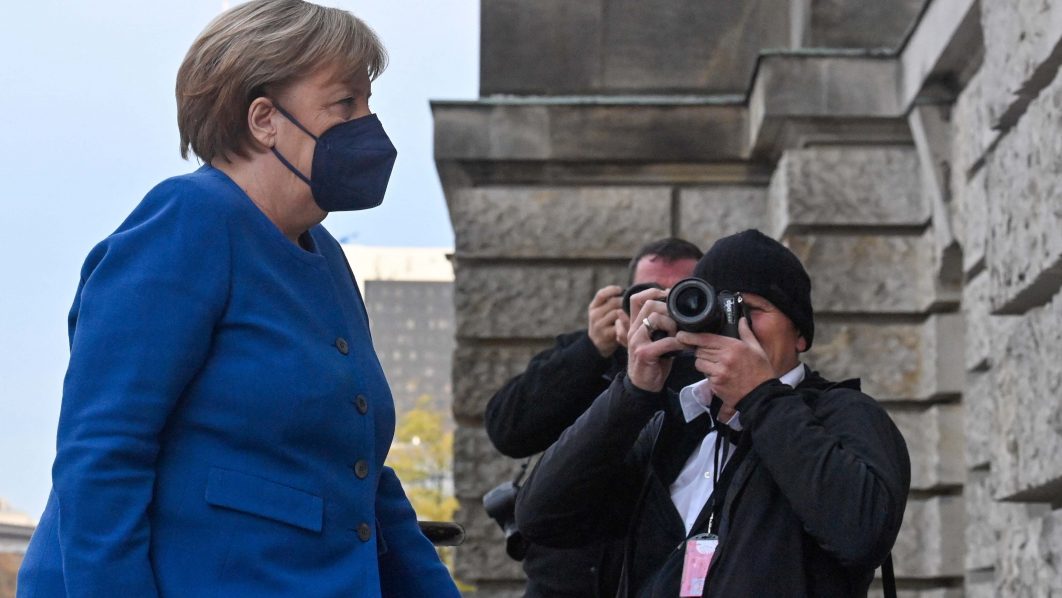 Germany’s new parliament will sit for the first time Tuesday after last month’s election, ushering in a post-Merkel era that is more female, younger and more ethnically diverse.

Angela Merkel will remain caretaker chancellor until a new government is in place while the body that will elect her successor, the Bundestag lower house of parliament, will convene having swollen to a record 736.

The September 26 general election left the centre-left Social Democrats as the biggest party, whose candidate Olaf Scholz is working toward cobbling together a ruling coalition by early December.

But while the top job is expected to pass from Germany’s first female chancellor to a man, the Bundestag’s powerful speaker Wolfgang Schaeuble is set to hand off the podium to Baerbel Bas — only the third woman to hold the post.

Meanwhile the new-look Bundestag boasts a number of firsts for the EU’s most populous nation, although activists say it still has far to go to truly reflect the rich tapestry of German society.

Having arrived in Germany at age 10, Tesfaiesus went on to become a lawyer and has devoted her career to defending the rights of immigrants and asylum seekers.

“We need diversity in this country,” she told AFP. “We need people who have been victims of racism to be better represented.”

During her mandate, Tesfaiesus said she wants to fight the “label” of foreigner that sticks to her despite her German passport.

“When I’m looking for an apartment, when the postman comes into my law office and talks with my secretary because he automatically thinks she’s my superior…”

Tesfaiesus told local media she launched her political career as a consequence of a racist attack in Hanau near Frankfurt in February 2020, when a far-right gunman shot dead nine people at a shisha bar and a cafe.

She joins Senegalese-born Karamba Diaby, a Social Democrat who was until now Germany’s only black MP, and his party colleague Armand Zorn, who emigrated from Cameroon at the age of 12 and just won his first direct mandate in parliament.

The number of foreign-born deputies or those with at least one parent born abroad has climbed to 83, making up 11.3 percent of the Bundestag, up from 8.2 percent in the last assembly.

“We are helping to wake up the political scene,” Deniz Nergiz, head of the Federal Council on Immigration and Integration, which promotes political participation in immigrant communities, told AFP.

“There is also for the first time a refugee elected in the (former communist) east of the country,” where the number of foreign-born Germans is significantly smaller.

Also among the newly elected is Lamya Kaddor, who teaches religion courses about Islam in schools in the Ruhr Valley — a subject hotly debated in recent years in Germany.

At the same time, the Greens, who are expecting to serve as junior partners in the new government, touted at least three dozen of their deputies under the age of 35. MP Ricarda Lang tweeted a photo of them on the steps of the parliament building with the tagline: “There’s some new kids in town.”

But despite its broader representation, the Bundestag, with its overwhelmingly white and male makeup, still lags in mirroring the modern face of Germany.

Nergiz said parliament was still “far behind” the 26 percent of people of foreign origin “across German society”.

The same is true for women in the ranks of the MPs, even after 16 years with Merkel as the first woman chancellor at the helm. They make up only 24 percent of deputies, up from 20 percent previously.

The gender figures vary widely among the parties with seats in the Bundestag, with the Greens boasting a 59 percent majority of women, including two transgender women: Tessa Ganserer and Nyke Slawik.

By contrast the far-right Alternative for Germany only has 13 percent of women among its ranks.

Erdogan steps back from threat to expel Western envoys