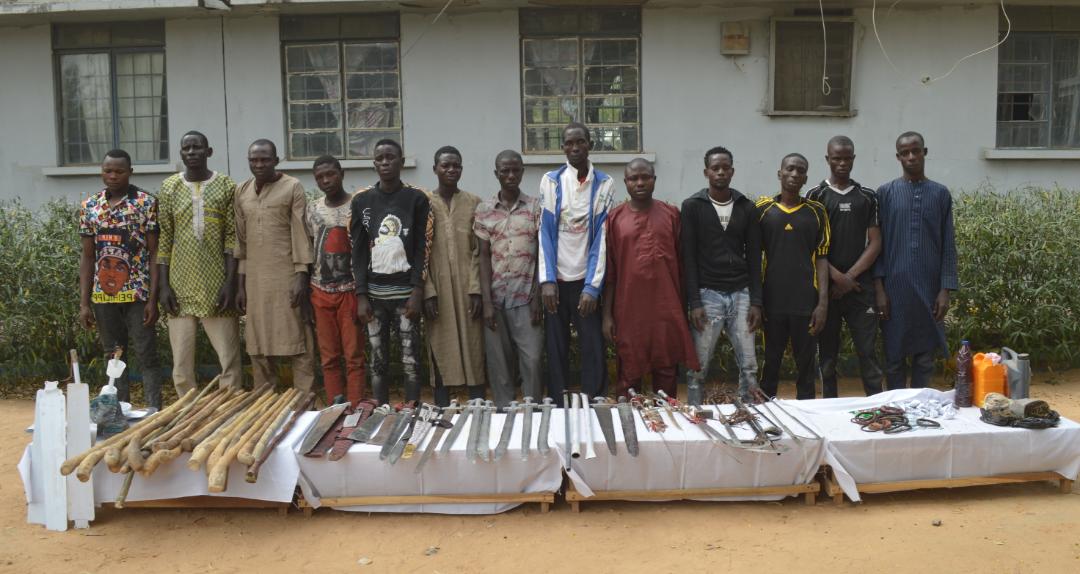 The Kano State Police Command has arrested no fewer than 13 suspects in connection with the attack on the campaign office of Barau Jibril, the senator representing the Kano North Senate District.

DAILY NIGERIAN reported that on Thursday morning, hundreds of thugs, with dangerous weapons, had invaded Jibril’s campaign office along Maiduguri Road, destroying part of the building, furniture and billboards.

Jibril, who is running for governor of Kano, disagrees with the governor after pitching his tents with the All Progressives Congress, APC, a faction led by Senator Ibrahim Shekarau.

According to him, weapons and other items were recovered during the operation.

He added that the recovered items include 34 dangerous weapons, 23 sticks, 2 gallons of substance believed to be petroleum, 1 package, and 30 pieces of dried leaves, suspected to be Indian hemp.

“They are advised to repent or leave the state altogether. Otherwise, they will be arrested and face the full wrath of the law. He thanked the good people of Kano State for their prayers, encouragement, continued support, and cooperation.

“He urged the neighbors to pray for the State, the Nation and report incidents to the nearest Police Station and not take the laws into their hands.

“Rigorous patrolling and raids of criminal hideouts and black spots will continue throughout the state as the Command will sustain the current” Operation Puff Adder, “he stated.