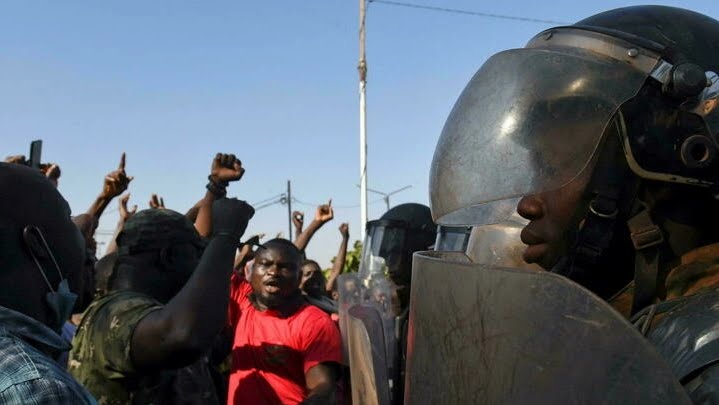 Burkina Faso police fired tear gas to disperse hundreds of protesters at an unauthorized anti–government rally in the capital on Saturday, an AFP journalist reported.

Riot police fired tear gas to prevent protesters from gathering for the demonstration in a square in central Ouagadougou, where significant police and security forces had been deployed and all shops were closed.

Crowds had wanted to demonstrate against President Roch Marc Christian Kabore’s failure to quell the jihadist violence that has engulfed the country, but city authorities banned the gathering.

One of the protesters, Fabrice Sawadogo, 28, said that “after seven years of failure to prevent terrorist attacks … it is time to ask the government to leave.”

The “incompetent” administration “has to admit it has failed,” he said.

An alliance of three groups called the November 27 Coalition had called for people to take to the streets on Saturday “in a peaceful environment to denounce the growing insecurity and demand the departure” of Kabore.

But other civil society groups distanced themselves from the protests, refusing, they said, “to be complicit with those who want to lead the country into chaos.”

Kabore has faced mounting anger over the failures to stop a jihadist insurgency that spread from neighboring Mali.

Groups linked to Al-Qaeda and the so-called Islamic State group have ravaged the landlocked Sahel nation since 2015, killing some 2,000 people and displacing 1.4 million from their homes.

In an attack on November 14, hundreds of fighters stormed a gendarmerie camp in Inata, in the north of the country, killing 53 policemen and four others.

It was the largest daily loss among the security forces in the history of the insurgency.