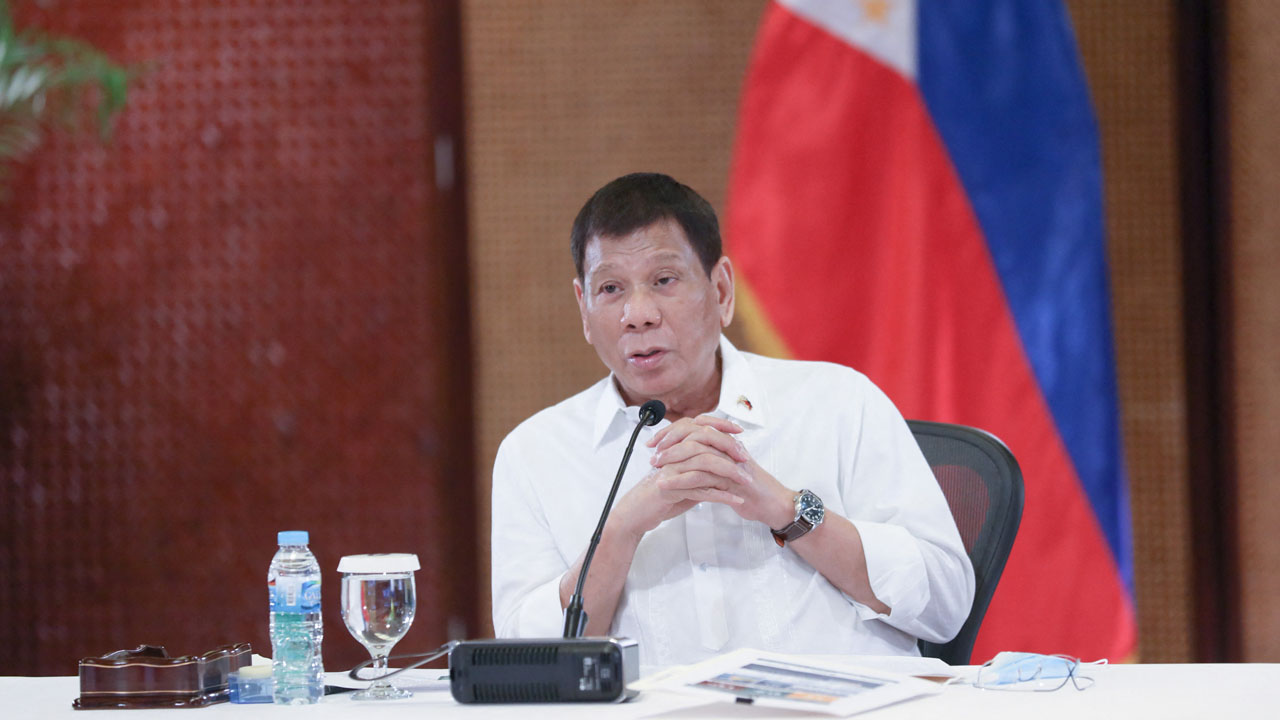 Duterte made the remarks at an Asian regional summit organized by Chinese President Xi Jinping, who promised that his country “will never seek hegemony, and certainly will not intimidate the little ones.”

China claims nearly the entire waterway, through which trillions of dollars in trade pass annually, with competing claims from Brunei, Malaysia, the Philippines, Taiwan and Vietnam.

Beijing has ignored a 2016 ruling by the Hague-based Permanent Court of Arbitration that its landmark claim is unfounded.

Manila expressed outrage at the incident, but Beijing said Philippine ships had entered its waters without permission.

“We abhor the recent event at Ayungin Shoal and view other similar developments with great concern,” Duterte said at the meeting of the Association of Southeast Asian Nations and China, using the Philippine name for the bank.

“This does not speak well of the relations between our nations and our association.”

Duterte’s comments were unusually strong for a leader who has fostered warmer ties with Beijing since taking power in 2016 in hopes of extracting the promised investment and trade.

It is unclear if Xi was participating in the meeting when Duterte was spoken to.

The renewed tensions over the waters have raised international concern.

The United States warned China on Friday that an armed attack on Philippine public vessels would invite a US response under its contractual obligations to the Southeast Asian nation.

The European Union also called on “all parties to respect the freedom of navigation and overflight in the South China Sea.”

Philippine Defense Secretary Delfin Lorenzana said the supply ships would resume their mission at Second Thomas Shoal after China’s ambassador to the Philippines assured they would not be hampered.

China controls several reefs in the South China Sea, including the Scarborough Shoal, which Beijing seized from Manila in 2012, just 240 kilometers (150 miles) west of the main Philippine island of Luzon.

It has reaffirmed its position by building small sandbars and reefs at military bases with airstrips and port facilities.

After China occupied Mischief Reef in the mid-1990s, the Philippines abandoned an abandoned navy ship atop the nearby Second Thomas Shoal to assert Manila’s territorial claim. Members of the Philippine Marine Corps are based there.

At 20, ECOWAS Court an exemplar to other regional courts – Asante