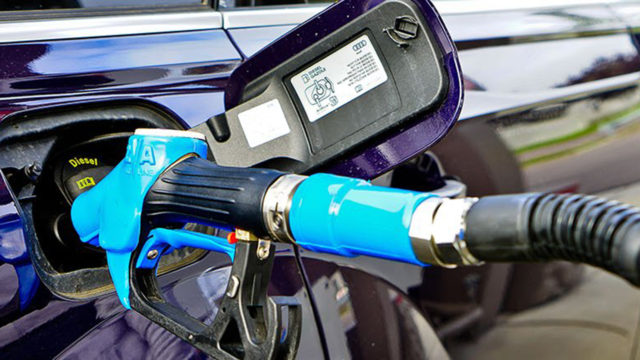 The News Agency of Nigeria reports that the PPMC, a subsidiary of the Nigerian National Petroleum Corporations (NNPC), had on Wednesday announced a new ex-depot price of N151.56k for PMS, also known as petrol.

A NAN correspondent who monitored the development in Ikeja, Agege, Maryland, Egbeda and Iyana Ipaja axis of the state, observed that some major marketers were selling fuel at N161 per litre.

However, some filling stations owned by Independent marketers dispensed the product at between N162 and N164 per litre, depending on their location.

A vehicle owner, Mr Victor Olaniyi, told NAN that the increment caught him unawares and had left him frustrated.

He said: “I usually fill my tank once a week and I was supposed to fill it on Tuesday but I was unable to and I had to buy fuel at N162 today.

“I believe the increment is much, because last week I bought fuel at N148 per litre. Government should please look into this because it will affect everybody,” he said.

Another motorist, Mr Taiwo Balogun, said as a private cab operator, he increased his fares to meet with realities in the country.

He said he usually picked people from Ikeja to G.R.A for N150 but increased the fare to N200 per passenger due to the fuel increment.

A businesswoman, Ms Joy Ibe said she paid N500 from Iyana Ipaja to Oshodi, a journey that usually cost between N300 to N400 depending on the time of the day.

“My fear about the fuel increment was that bus drivers would take advantage of it to hike fares and that is what they have done.

“This is going to affect the cost of goods and services, unless something is done quickly,” she said.

Another commuter, Mr Michael Bamidele, said his plan was to commute with the BRT buses because they were cheaper than the commercial ones.

He said: “I leave very early to work now and join BRT. This morning, they (commercial buses) were carrying Iyana Ipaja to Oshodi at N400 while BRT which is faster is N300.

“The queue is now very long because everybody prefers waiting than being exploited by the commercial buses,” he explained.

NAN reports that the oil marketers had attributed the increment of the ex-depot price from N138.62k in August to N151.56k in September to market forces due to the deregulation of PMS by the government.