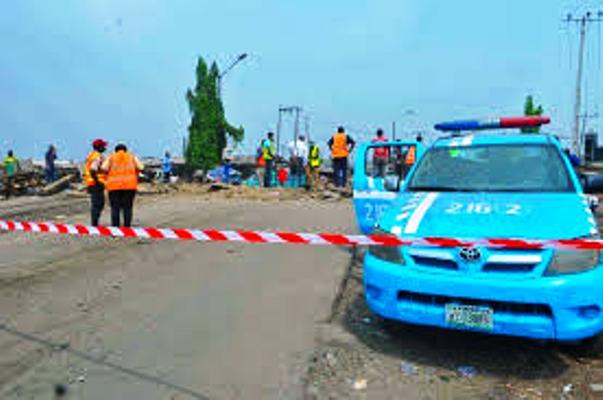 At least 10 people are believed to be killed, while five others were injured to varying degrees in a horrific car crash on Ondo state’s Ore-Okitipupa axis on Friday.

The Nigerian News Agency reports that the crash that caused hell occurred due to a head-on collision involving a white Toyota Coaster bus and a white J5 bus.

An eyewitness told NAN that the Coaster Bus passengers were coming from a function and returning to Akure.

He said as many as 10 people died in the crash, adding that the J5 bus which was loaded with tanks of local gin and the Coaster bus had frontal collusion as they attempted to maneuver a bad part of the road.

The local gin on the J5 bus is said to have helped the fire which then brooded after the frontal collusion with the accident, causing a traffic jam for more than an hour on the axis.

Sikiru Alonge, of the Federal Road Safety Corps, FRSC unit commander, Ore Unit Command, who confirmed the crash to NAN, said the number of bodies could not be confirmed.

He said five people who suffered injuries to varying degrees were rescued from the crash and taken to the State Specialized Hospital, Okitipupa and Prima Hospital in Ore for proper treatment.

Mr Alonge said the joint efforts of the FRSC, Nigerian police and the military helped put out the blaze, clean up debris and evacuate burnt bodies from the crash site.

The FRSC boss urged motorists and other road users to always refrain from overspeeding on the freeway in order to avoid preventable traffic accidents.

O’dua Group to be transformed into world class conglomerate — Chairman