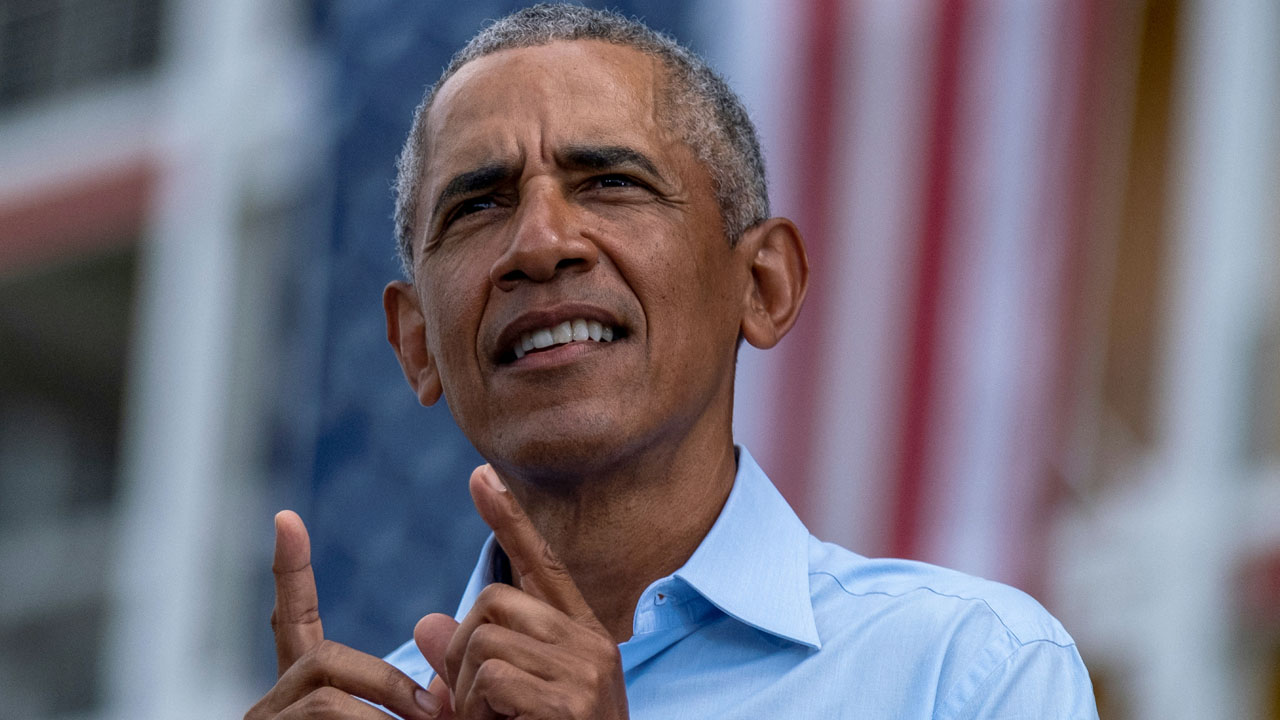 Former US president Barack Obama was due to campaign Saturday in a neck-and-neck state election touted as a bellwether of public opinion on Joe Biden’s first year in the White House.

Democrat Terry McAuliffe, who is vying for a second term as Virginia’s governor, is battling Republican Glenn Youngkin ahead of the November 2 vote.

The McAuliffe camp fears turnout among supporters in an off-year election may be low and has brought in some of the party’s heavy hitters in the final stretch, in a bid to rouse lethargic Democrats.

Obama, who was due to speak at Virginia Commonwealth University in Richmond, follows First Lady Jill Biden, Vice President Kamala Harris and rising Democratic star Stacey Abrams into the state, with the president himself expected next week.

Biden won Virginia by 10 points in 2020 and the last time Republicans won a statewide race there was 2009.

But the McAulliffe-Youngkin battle has been tightening for weeks and the latest polling has the candidates well within the margin of error.

A McAuliffe win would boost Washington Democrats’ push for twin infrastructure and social welfare mega-bills that are the cornerstone of Biden’s vision for remaking the economy.

But a loss could spook moderates already nervous over the high price tag on the legislation, which they are trying to chisel down from a combined total of almost $5 trillion to around $3 trillion.

“I watched Terry stand strong on the values we all care about; protecting every citizen’s right to vote, fighting climate change and defending a woman’s right to choose,” Obama in a televised appeal ahead of his arrival.

The first genuinely competitive election since Biden took office is expected to be a harbinger of the national political landscape ahead of next year’s midterm elections.

Both candidates have focused campaigning in the final stretch around Richmond and the rest of central Virginia, a longtime Republican bastion that went narrowly to Democratic Governor Ralph Northam in 2017.

Wedged between the Washington suburbs in northern Virginia, a Democratic stronghold, and the state’s conservative south and southwest, Richmond could go either way.

McAuliffe, 64, has tried to make the race a referendum on twice-impeached former President Donald Trump.

Youngkin, 10 years his junior, has focused on the fight over schools, with Republicans railing against mask mandates and running ads showing McAuliffe saying he doesn’t want parents involved in education.

– ‘Resurgence of Trumpism’ -In a delicate high-wire act, Youngkin has been trying to conjure the spirit of Trump while not specifically endorsing his false claims accepted by the majority of Republicans that the 2020 election was stolen from him by Democrats.

The former president has not visited, although he called in to a pro-Youngkin “Take Back Virginia Rally” on October 13 featuring former White House advisor Steve Bannon and other prominent promoters of Trump’s election fraud lies.

“This is 2021’s most important election. And if Democrats turn out like they did in 2020, we’re going to win. But if they don’t, we’ll lose — and at that point, we can kiss all of Virginia’s progress goodbye and say hello to the resurgence of Trumpism in our country.”

Virginia bars governors from serving consecutive terms, meaning Democrat Ralph Northam has to step down this year, but McAuliffe qualifies for the race because he left office in 2018.