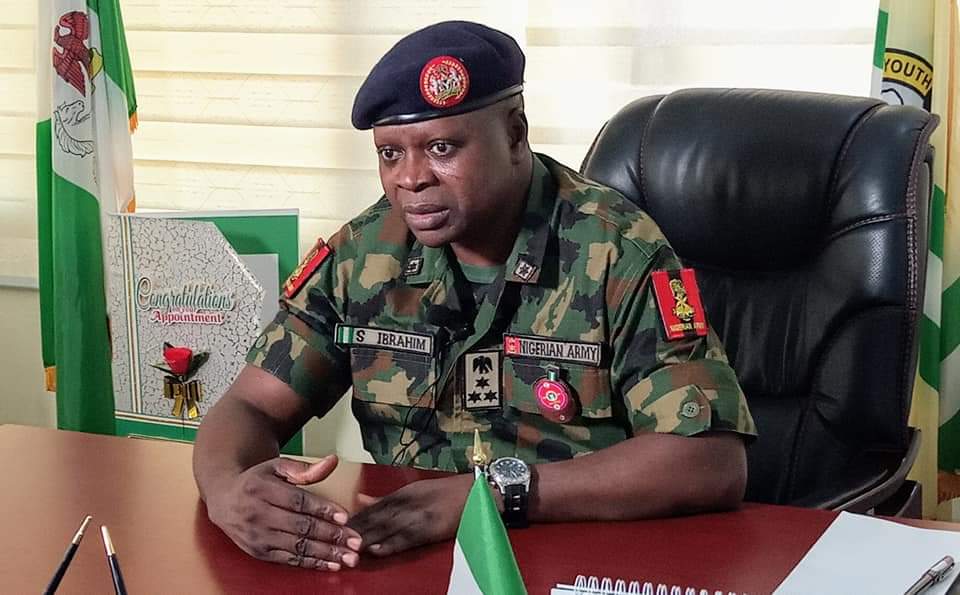 Mr Ibrahim said this while addressing corps members during his visit to the Kubwa Orientation Camp, Abuja, on Monday.

In a statement signed by Adenike Adeyemi, the NYSC Director, Press, and Public Relations, Ibrahim said that the trust fund would also enable the scheme to maintain camp facilities nationwide.

The scheme proposed the establishment of a Trust Fund to support corps members engaged in the NYSC Skills Acquisition and Entrepreneurship Development, SAED, Programme with business start-up capital.

Unable to fund the “Trust Fund”, the scheme has been engaging stakeholders in various sectors, to explore the imperatives of establishing the fund with their support.

NAN reports that the scheme had also submitted a formal proposal to the Federal Government requesting its support for the initiative by presenting a bill at the National Assembly, on the establishment of an NYSC Trust Fund.

“Efforts are in top gear with other stakeholders for the establishment of the NYSC Trust Fund.

“This is to make funds available to you as you exit the service, to establish businesses in line with the skills you acquired during the NYSC SAED programme.

“If actualized, the Trust Fund will also be used to build new orientation camps, expand the existing camps, maintain camp facilities among other priorities.

“I urge you to continue with the post-camp training of the NYSC SAED programme and strive to become employers of labour rather than seeking for the unavailable salaried jobs,” Mr Ibrahim said.

He also urged the corps members to cherish their integrity during the service year, identify their skills, work hard, avoid cutting corners, and pursue their vision with passion, while using the NYSC platform to excel.

The NYSC director general said that corps members who were redeployed from one state to the other during the service year, or caught with any infraction, were not qualified for the President’s annual award.

“You will be accessed in all the four cardinal programmes of the scheme before you will be presented for the NYSC President’s Honours Award.

“The programmes include orientation course, primary assignment, community development service, and winding up and passing out.

“Grading for the award starts from the orientation camp which is the first point of call for all corps members.

“If you redeploy from one state to another or caught with any infraction, you are not qualified for the award,” Ibrahim said.

The NYSC director-general advised corps members to accept their postings in good faith, settle down in their host communities and contribute their quota to national development.

He urged them to add value to their host communities by developing projects that would improve the standard of living of the residents.

Ibrahim warned corps members against inducing their posting and rejection, adding that anyone caught would be penalized in line with the NYSC bye-laws, just as the scheme frowned at corps members indulging in social vices such as cybercrime, cultism, drug peddling, and abuse.

He urged corps members to use social media wisely to promote the unity and integration of the country and not to promote fake news, because “the NYSC was established to promote national unity, integration, and cohesion.

“We must work and live together. Let us turn our challenges into opportunities. Wherever you find yourselves, preach the unity of the country,” the director-general said.