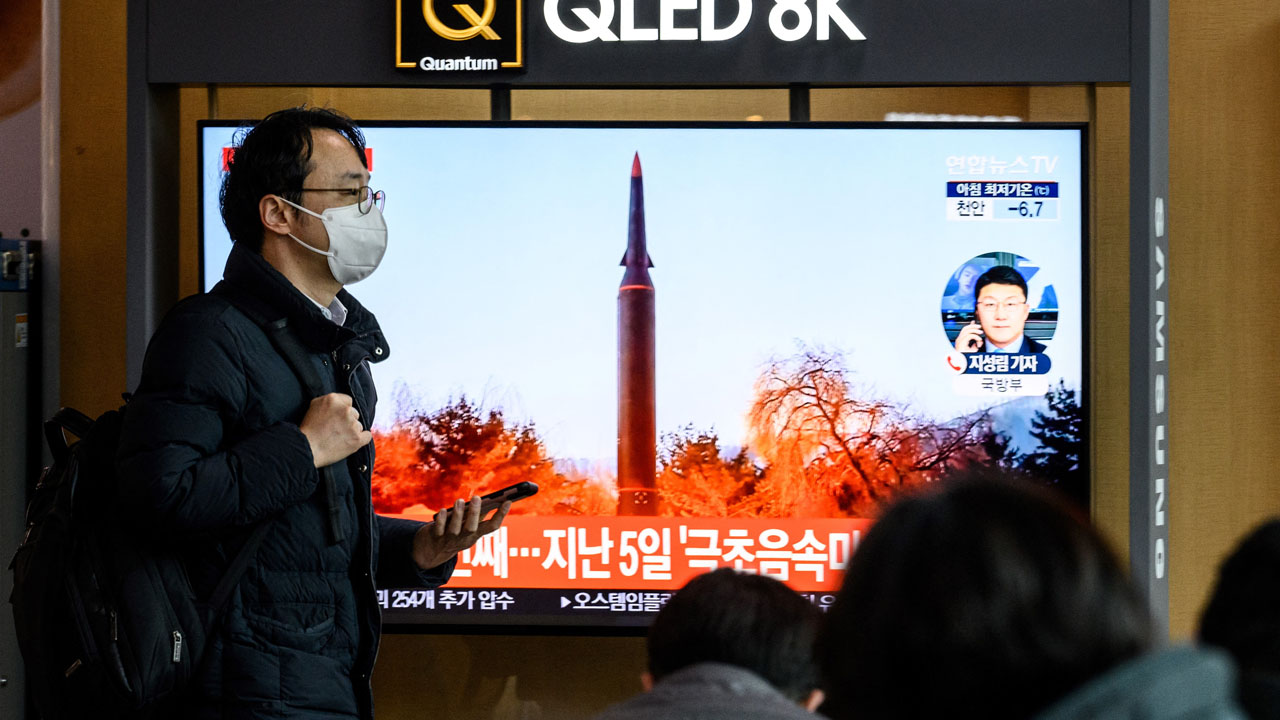 North Korea fired a suspected ballistic missile into the sea on Tuesday, and South Korea’s military warned that the second such weapons test in less than a week showed clear signs of progress.

The early morning launch came as the UN Security Council met in New York to discuss last week’s test of what Pyongyang called a hypersonic missile, though Seoul has cast doubt on that claim.

In the decade since leader Kim Jong Un took power, North Korea has seen rapid advances in its military technology at the cost of international sanctions.

The United States condemned what it called a “ballistic missile launch” and reaffirmed its commitment to defend both South Korea and Japan.

“This launch violates multiple UN Security Council Resolutions and poses a threat to the DPRK’s neighbors and the international community,” the department said, using the abbreviation for North Korea’s official name.

“We remain committed to a diplomatic approach towards the DPRK and ask them to enter into a dialogue.”

Hypersonic missiles travel at speeds of Mach 5 and higher and can maneuver mid-flight, making them more difficult to track and intercept.

The UN Security Council meeting to discuss Pyongyang’s weapons programs came after six countries, including the United States and Japan, called on North Korea to “engage in meaningful dialogue toward our shared goal of complete denuclearization. ”.

Pyongyang had probably planned the latest launch to coincide with the UN meeting “to maximize its political impact,” Shin Beom-chul, a researcher at the Korea National Strategy Research Institute, told AFP.

He said Tuesday’s launch looked like a hypersonic missile test, judging by the alleged speed, but cautioned against over-interpretation.

“Since South Korea claimed [the January 5 test] It was not a hypersonic missile that referred to speed, Pyongyang may have tried to show its maximum speed, ”this time, he said.

Hypersonic missiles were included among the “top priority” tasks for strategic weapons in its current five-year plan, and it announced its first test, the Hwasong-8, in September last year.

Pyongyang has also said it successfully tested new submarine-launched ballistic missiles, a long-range cruise missile and a train-launched weapon in 2021.

no conversations
The new evidence comes as North Korea has refused to respond to calls from the United States for talks.

At a key meeting of North Korea’s ruling party last month, Kim vowed to continue developing the country’s defense capabilities, not to mention the United States.

Rather than the political positions on diplomacy, for which Kim’s New Year’s statements are closely watched, he focused on food security and economic development.

The dialogue between Washington and Pyongyang remains stalled and the country is under multiple international sanctions for its nuclear and ballistic missile programs.

The impoverished nation has also been under a rigid, self-imposed coronavirus lockdown that has hit its economy.

Repeated Covid boosters not a viable strategy: WHO