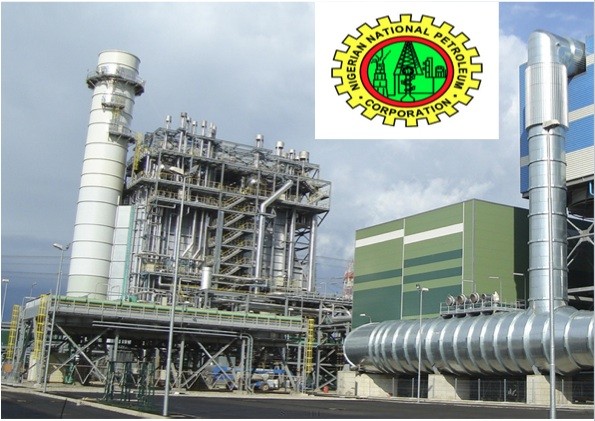 Nigeria National Petroleum Company (NNPC) Limited started its new week on a happy note as the country entered the global liquefied natural gas (LNG) market on Monday for the first time in 22 years.

This was a step that is expected to strengthen Nigeria’s footprint in the global LNG market following the withdrawal from Bonny Island in Rivers State.

The first export of LNG from NNPC LNG Ltd, a branch of NNPC Ltd, was a milestone in about 22 years.

The group’s chief executive, NNPC LNG Investment Management Services (LIMS), Ms. Nike Kolawole, said the landmark event was one of many efforts by the national oil company to explore viable business opportunities to improve the fortunes of the nation. ‘organization.

“The significance of this step given NNPC’s transition from a corporation to a limited liability company is that we are poised to generate additional income for NNPC Ltd, which aligns with the Act. petroleum industry (PIA) and the Companies and Allied Affairs Act (CAMA), respectively, ”she said.

Kolawole said that with NNPC’s successful entry into the global LNG market, the company has strongly established its presence and has become a key player in the international LNG trade space.

She stressed that the current leadership of the NNPC is focused on supporting federal government initiatives to get maximum value from gas production and use.

Kolawole also noted that participating in the entire LNG value chain would expose the company to other benefits, beyond dividends.

She expressed her commitment to develop the business for the benefit of the NNPC and the nation.

NNPC-LNG Ltd is a wholly owned subsidiary of NNPC Ltd with the mandate to manage federal government investments in LNG companies.

Established on October 3, 2012 as an investment entity in all downstream LNG partnerships and companies, the Company is the issuing entity of four marketing joint ventures (MJVs) of NNPC Ltd, created to market LNG and its derivatives.

On Tuesday, NNPC Limited called for support from leading technologically advanced jurisdictions around the world to enable the country and other developing countries to achieve the desired global energy transition.

NNPC CEO / GMD Kyari made this plea during his opening speech at the Nigerian Association of Energy Correspondents (NAEC) 2021 Strategic Conference on – PIA, Energy Transition and the future of Nigeria’s oil and gas.

Kyari, who only recently warned that carrying out the energy transition comprehensively without taking into account the particular socio-economic conditions of various countries would cause upheavals that could exacerbate security problems in developing countries, insisted on the need to allow less technologically endowed countries time to build the required capacity to allow for a smooth transition.

“As we speak, and as a country and for most African countries, the realities around the energy transition are clearly a major challenge for us.

“Today, as we all know, we lack energy, we have problems with electricity supply and even a lot of other infrastructure,” Kyari said.

According to him, the effects of the energy transition were already being felt in the oil and gas industry as local and international lenders suspended oil and gas financing and projects.

He associated himself with the call made by President Muhammadu Buhari during the COP 26 underway in Glasgow for energy justice in the implementation of the energy transition, stressing that although Africa only represents about 3% of global carbon emissions, the continent still has a responsibility to join the world in the fight against climate change.

Kyari, however, said Africa needs to be assisted to do so, as most countries on the continent lack the means to make a rapid transition.

He pointed out that the NNPC, as a catalyst for national energy security, is working hard to increase the domestic use of the country’s gas resources as a viable alternative to heavy fossil fuels through the aggressive delivery of all gas infrastructure projects like Ajaokuta-Kaduna-Kano (AKK), Obiafu-Obrikom-Oben (OB3) pipeline and Escravos-Lagos pipeline system expansion project (ELPS).

The NNPC boss noted that the PIA’s fiscal framework gave great support to this aspiration, adding that when completed, the projects would add an additional 8 billion cubic feet of gas to the national gas grid, thereby enabling the optimization of Nigeria’s gas resources as planned in the decade of the gas initiative.

Regarding recent concerns about the impending fuel shortage, the CEO / GMD of NNPC said the company will continue to play its role in ensuring an uninterrupted supply and distribution of petroleum products across the country.

He confirmed that NNPC has a stockpile of over 1.7 billion liters of Premium Motor Spirit (PMS) and is expecting delivery of an additional 2.3 billion liters during this month to support supply for the Christmas season and beyond.

Also during the week under review, the NNPC Petroleum Industry Act (PIA) Transition Committee was tasked with getting under way to ensure a seamless transformation of the organization from a company to an energy company of the NNPC. world class.

GMD / CEO Malam Mele Kyari gave the charge on Wednesday during the committee’s inauguration in the NNPC towers, noting that there was no time to waste as things were moving rapidly in the oil and gas industry from the country.

The GMD said the grand opening was a milestone for NNPC as it grows into a global international oil company (IOC) driven by growth, profitability and performance excellence.

He said the enactment of the PIA meant that for the first time since the Petroleum Law of 1967, the Nigerian oil and gas industry would have a legislative framework in which it would thrive and bring value to Nigerians.

Describing the effect resulting from the implementation of the PIA as massive, Kyari said that as a company governed by the principles of the Companies and Related Affairs Act (CAMA), there would be no room for non-execution.

He said the PIA was about reforming the National Oil Company (NOC) and that as CEO he was committed to ensuring the transition committee fulfills its mandate.

The transition committee has 18 months to fulfill its mission.

Meanwhile, NNPC Ltd urged the public not to engage in panic buying of petroleum products as the company had sufficient stock of products that would last through the holiday season and beyond.

The company said it is engaging all stakeholders to ensure a smooth supply and distribution of products to all regions of the country.