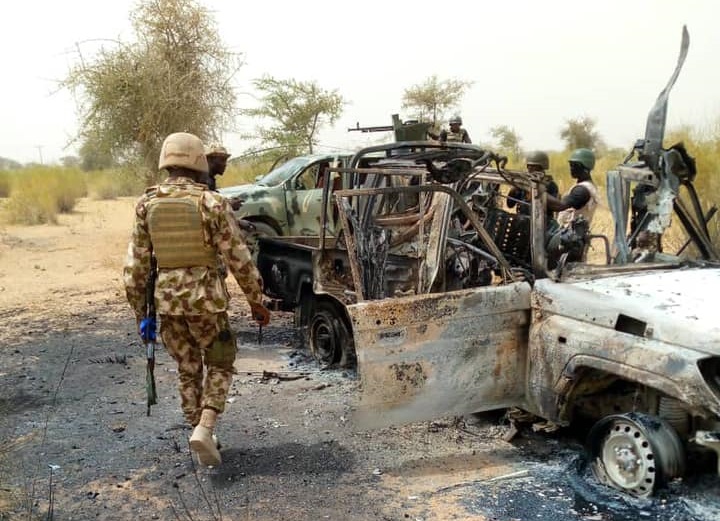 Nigerian military troops in the northeast on Thursday killed no fewer than 24 terrorists from the extremist sect ISWAP, a province of the Islamic State of West Africa.

The terrorists, PRNigeria said, came across their waterloo after trying to attack a military base in Rann, a city ravaged by insurgency in Borno state.

However, two military officers and five soldiers were among the victims of the crossfire that occurred between ISWAP fighters and Operation Hadin Kai troops.

A military intelligence source told PRNigeria that armed terrorists stormed the city in several armed trucks and engaged the military in a shootout.

The source said: “The terrorists were unable to subdue the brave troops, during the crossfire. At the last count this morning, we recovered 24 of their bodies killed in the shooting, while the rest fled with injuries.

“We also recovered huge sophisticated weapons in addition to their weapons trucks that were completely destroyed by air strikes.”

Umahi has no plans to return to PDP, says APC