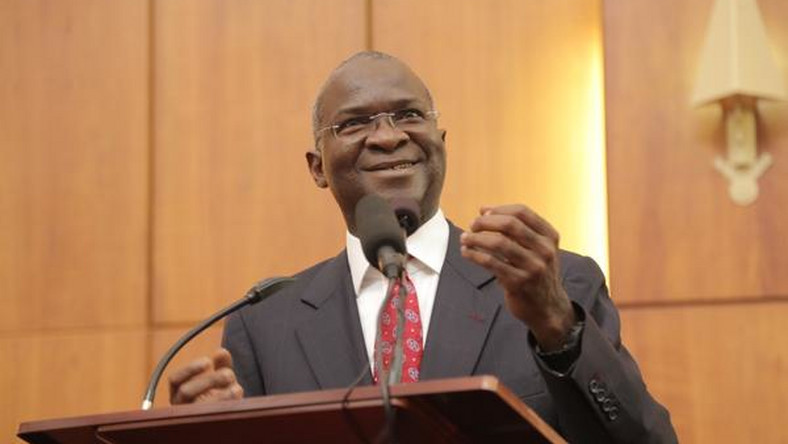 The Minister of Works and Housing, Babatunde Fashola, says that the funds for the reconstruction of Umuahia–Ikwuano–Ikot Ekpene Road have been approved under the Tax Credit Program of the Nigerian National Petroleum Corporation, NNPC.

Mr. Fashola made this known in a letter addressed to Representative Sam Onuigbo (APC-Abia) representing the Ikwuano / Umuahia federal constituency, which was made available to journalists in Abuja on Wednesday.

The minister urged the legislator to convince his constituents to remove all structures and crops within the right-of-way to allow rapid and free reconstruction of the highway.

He said that the approval was in response to calls made by the legislator, requesting the intervention of the government in the deplorable federal route.

Addressing journalists, Mr. Onuigbo, who underlined the importance of the road, praised President Muhammadu Buhari and the minister for the approval of funds to fix the road.

“I had the first meeting with the minister on June 14, 2016 to convey to him the terrible and deplorable state of the highway from Umuahia to Ikwuano to Ikot Ekpene, which is a federal highway.

“And in fairness to the minister, after my presentation, which was supported by pictorial evidence, I agreed right there that the road had indeed collapsed.

“He approved that FERMA must intervene immediately to do a palliative work to allow the trucks that until that moment could not pass through and any truck that tried to pass gets stuck.

“But in the letter that the minister gave me, he praised me for taking into account the interest of my electorate and promised that I should take the letter as a commitment from the federal government to really fix that path,” he said.

He added: “This is because it is an important and very important economic artery that is used to transport goods from the port of Calabar, the export processing zone, prospecting for an oil service team that covers some sections of the delta. Niger.

“So, I want to thank the minister, Babatunde Fashola, SAN, and also the President of the Federal Republic of Nigeria, Muhammadu Buhari for being able to focus on the infrastructure renovation.”

Onuigbo said that although the project was awarded in 2019, due to a shortage of funds, construction could not continue.