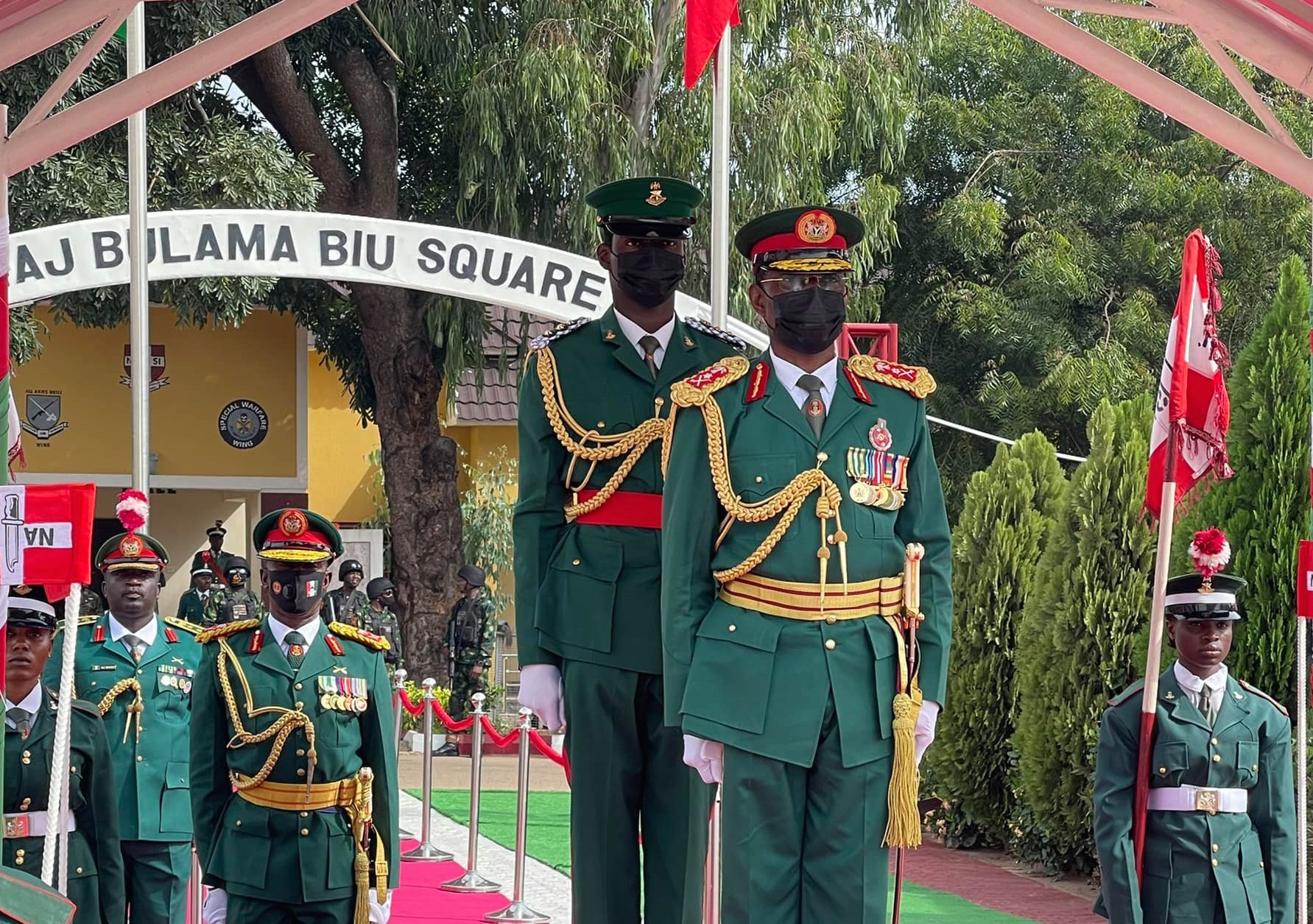 The Nigerian military on Friday withdrew from active service the former chief of policy and planning, the army headquarters, Lt. Gen. Lamidi Adeosun and 11 other generals.

The withdrawal parade was part of the activities of the annual Infantry Corps Leadership Conferences and the ongoing biennial meeting, held at the Infantry Corps Center at Jaji Military Cantonment, Kaduna State.

The theme of the four-day event which kicked off on November 10 is “Positioning the Nigerian Army Infantry Corps to Win All Land Battles in a Joint Environment”.

Mr. Adeosun, who spoke on behalf of the retired generals, said the withdrawal parade was part of military tradition.

“I am happy to state with all the sense of pride that this farewell parade is an indication that the Nigerian army, especially the infantry corps, is getting stronger by adhering to its customs and traditions.

“Today is a day full of emotions; longing, gratitude, joy and a sense of accomplishment.

“Retirement from active service is a natural and inevitable end of service for every serving staff member, and it begins from the day you join the ranks of the Armed Forces of Nigeria.

“We consider ourselves lucky because we can witness this event in an atmosphere of frenzy and turbulence,” he said.

Mr. Adeosun urged all their successors to maintain the good legacy and continue to build on their achievements.

“It is imperative to do this, because the nation has never faced serious security challenges as we see today.”

He also urged the officers who are still on duty not to let go of their oars, noting that the AN has long maintained a good reputation and good image.

He thanked the country’s leaders for the opportunity and support given to them to serve in different capacities in the country.

He also thanked the Chief of Staff of the Army, Lieutenant General Farouk Yahaya and the Commander of the Infantry Corps, Major General Victor Ezugwu for the opportunity for a rewarding and fulfilling life experience. .

The Nigerian News Agency reports that the retired Brigadier General. Muhammad Marwa, the director general of the National Drug Law Enforcement Agency, NDLEA, presented awards to infantry officers who have distinguished themselves in junior and senior staff courses.