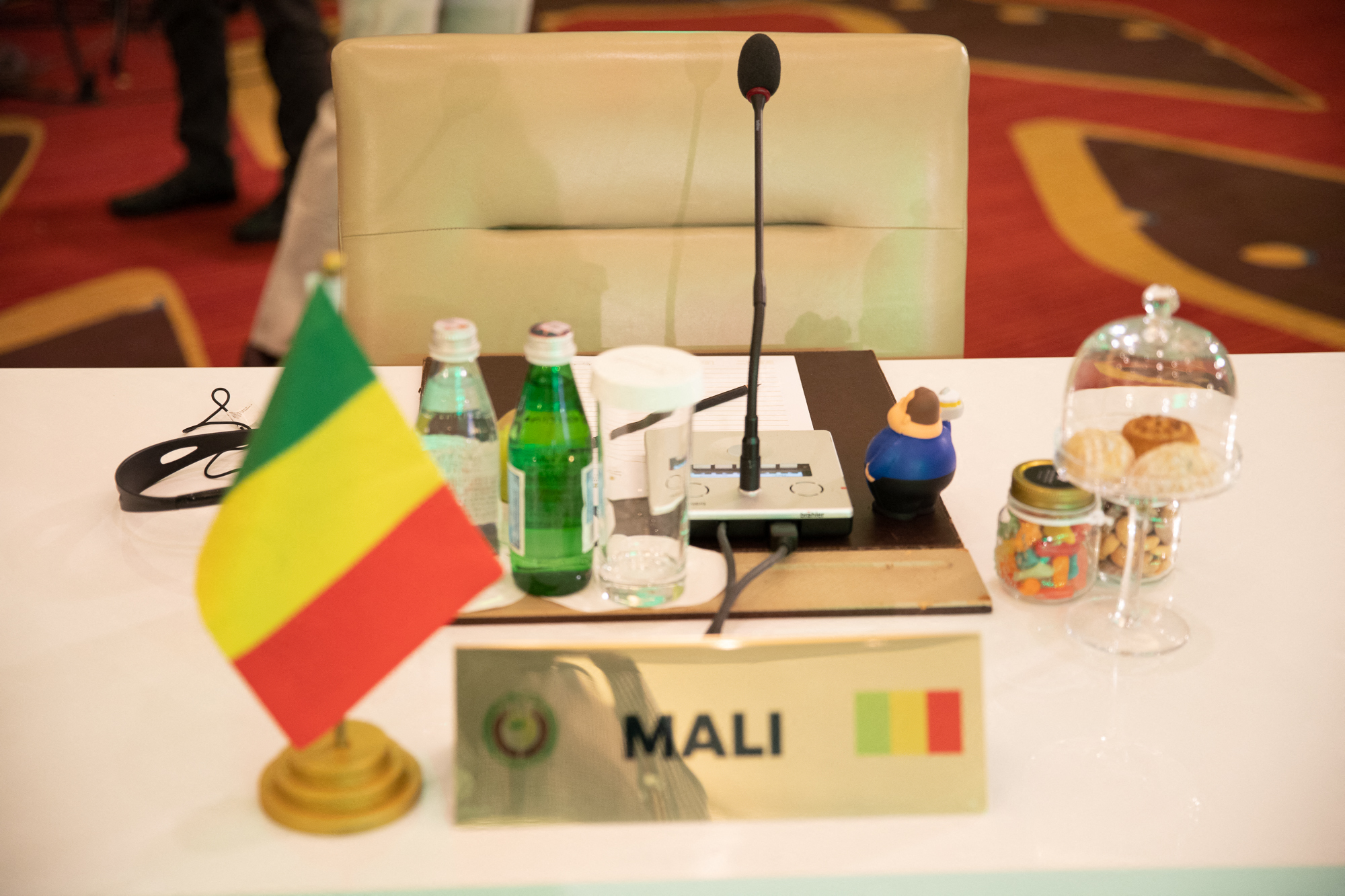 Experts argue that the measures can inflict significant damage on the Sahel state, which is already mired in poverty and fighting a jihadist insurgency.

What are the penalties?
On Sunday, the 15-nation Economic Community of West African States (ECOWAS) imposed economic and diplomatic sanctions on Mali for failing to organize snap elections by its ruling military.

Mali’s army initially promised to hold elections in February 2022, after staging a coup in August 2020.

But in December, he suggested staying in power for up to five more years, citing security concerns.

Mali has been fighting to contain a brutal jihadist insurgency that first emerged in 2012, before spreading to neighboring Burkina Faso and Niger.

But the proposed postponement of the elections angered Mali’s neighbors and pushed them to impose sanctions.

ECOWAS leaders agreed to close the bloc’s borders with Mali and impose a trade embargo.

They also pledged to stop aid to the country and freeze its assets at the Central Bank of West African States.

The leaders also decided to withdraw their ambassadors from Mali.

How will this affect Malians?
The sanctions are likely to hurt Malians financially, according to Ornella Moderan of the think tank at the Institute for Security Studies (ISS).

“We can expect a cash crisis, but that should happen in a few weeks because we are at the beginning of the month,” said the researcher, who resides in the Malian capital, Bamako.

Hamadoun Bah, director of Mali’s association of banks and financial institutions, said the state could survive “until the storm passes.”

Not all of the state’s assets are stored in the Central Bank of West African States, he noted.

However, the closure of land and air borders has already affected travelers.

Several passengers traveling between Paris and Bamako told AFP that their flight had been canceled. A Bamako travel agent also said that all flights from Mali to ECOWAS countries are “closed for the time being.”

And the board?
Relations between Mali and its neighbors have often been strained since the 2020 coup. But Moderan said there were reasons to be concerned about the latest developments.

The positions of both sides are “quite firm and final,” he said.

“We have to hope that this is an escalation phase leading to the negotiation phase,” added the analyst.

The board, some of whose members were already under sanctions, faces significant pressure.

It remains an open question whether Mali’s other international partners will now follow ECOWAS ‘lead in putting pressure on the board.

Such a move “would tighten the screws even more,” said French researcher Yvan Guichaoua.

Whats Next?
Several Malian experts told AFP that they expected pro-army demonstrations in Bamako in the coming days.

Similar rallies have been held in the capital after previous diplomatic clashes involving the Malian army.

Moderan suggested that the risk of sanctions could backfire, potentially rallying Malians behind the military.

He also warned that the current dispute may lead to “xenophobic tensions” between Malians and their West African neighbors.

In the long term, there are also strategic concerns behind Mali’s increasing isolation.

The country plays a key role in the anti-jihadist G5 Sahel military alliance, for example.

J. Peter Pham, former US special envoy for the Sahel, tweeted: “I hope ECOWAS leaders have carefully considered the possible long-term security and geopolitical impacts of their decisions… not just their own political fortunes. immediate ”.