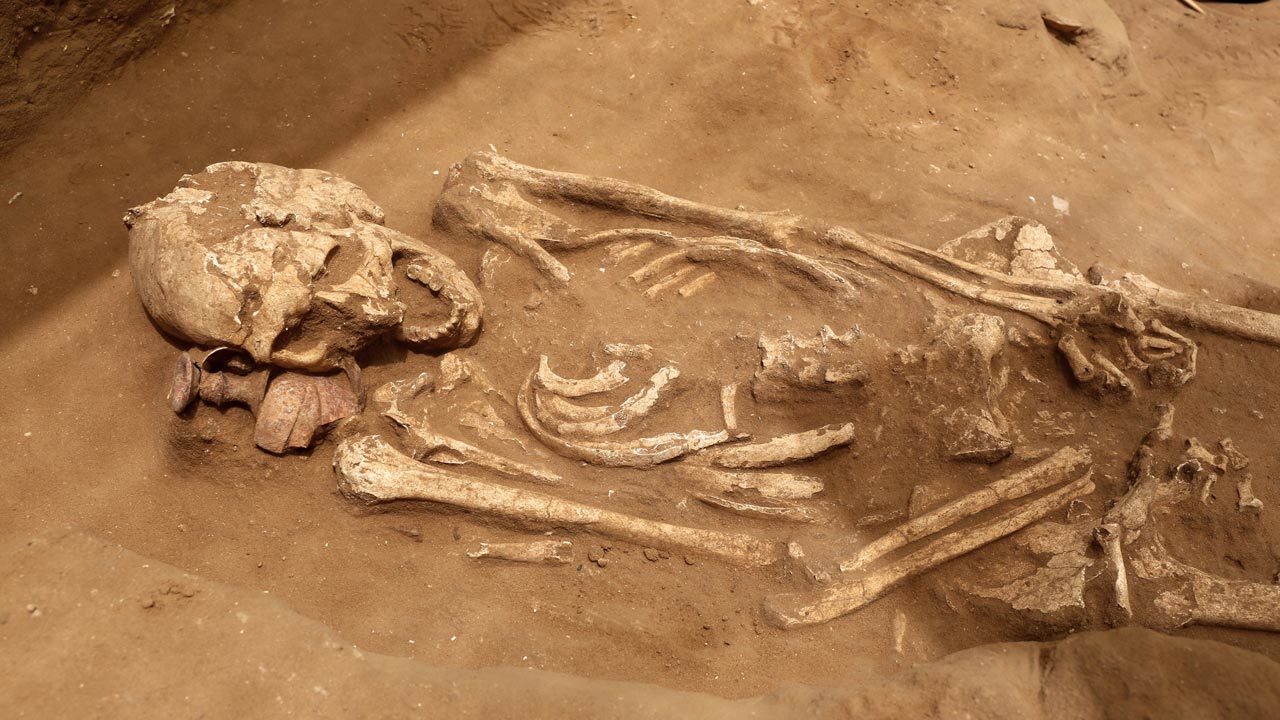 A skeleton discovered in the ancient Roman city of Herculaneum, destroyed along with nearby Pompeii by Mount Vesuvius’ eruption nearly 2,000 years ago, could offer fresh insights into the disaster, an Italian expert said on Friday.

The remains of a man presumed to be aged 40-45 were found under metres of volcanic rock roughly where Herculaneum’s shoreline used to be before Vesuvius’ explosion in 79 AD pushed it back by 500 metres (1,640 feet).

He was lying down, facing inland, and probably saw death in the face as he was overwhelmed by the molten lava that buried his city, the head of the Herculaneum archaeological park, Francesco Sirano, told the ANSA news agency.

“He could have been a rescuer”, Sirano suggested.

As Vesuvius erupted, a naval fleet came to the rescue, led by the ancient Roman scholar and commander Pliny the Elder. He died on the shore, but it is believed that his officers managed to evacuate hundreds of survivors.

The skeleton might have otherwise belonged to “one of the fugitives” who was trying to get on one of the lifeboats, “perhaps the unlucky last one of a group that had managed to sail off,” Sirano suggested.

If was found covered by charred wood remains, including a beam from a building that may have smashed his skull, while his bones appear bright red, possibly blood markings left as the victim was engulfed in the volcanic discharge.

Archeologists also found traces of tissue and metal objects — likely the remains of personal belongings he was fleeing with: maybe a bag, work tools, or even weapons or coins, the head of the archaeological park said.

Other human remains have been found in and around Herculaneum in the past decades — including a skull held in a Rome museum that some attribute to Pliny — but the latest discovery can be investigated with more modern techniques.

“Today we have the possibility of understanding more”, Sirano said.

Researchers believe that in Herculaneum temperatures rose up to 500 degrees — enough to vaporise soft tissues. In a phenomenon that is poorly understood, a rapid drop in temperature ensued, helping preserve what remained.

Although much smaller than Pompeii, its better-known neighbour outside the southern city of Naples, Herculaneum was a wealthier town with more exquisite architecture, much of which is still to be uncovered.