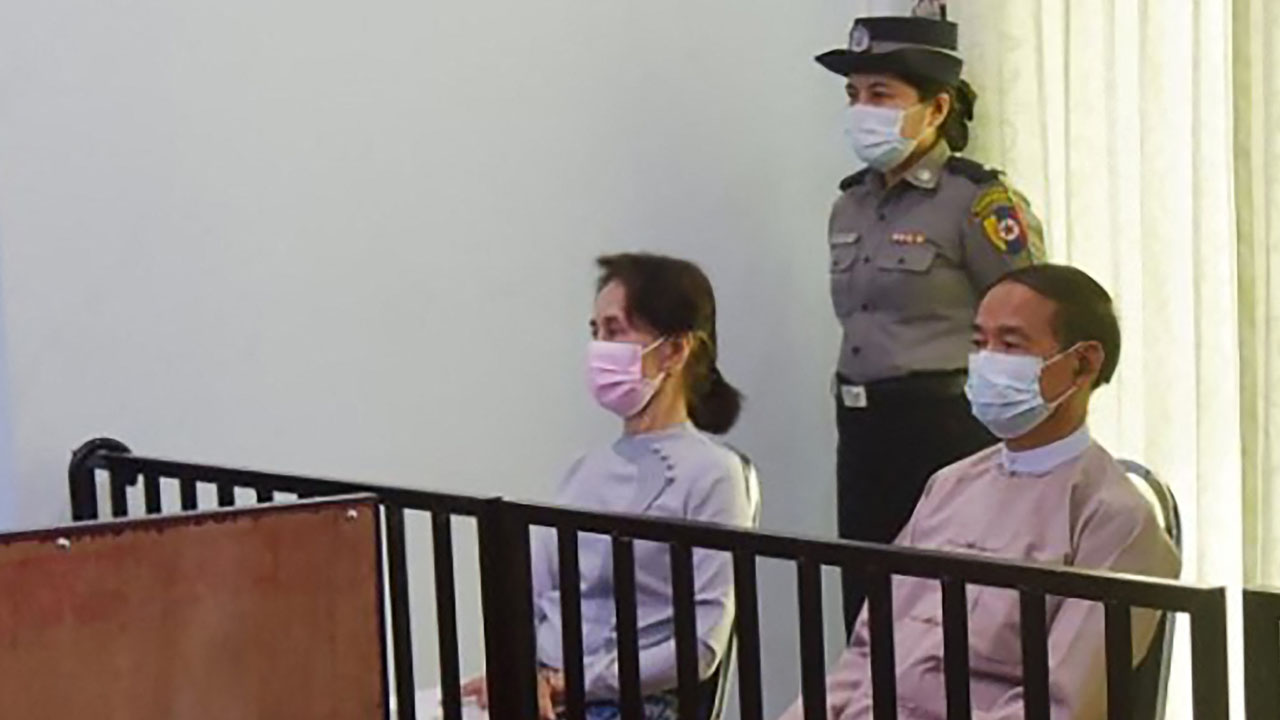 A Myanmar junta court on Monday convicted Aung San Suu Kyi on three criminal charges and sentenced her to four years in prison in the latest in a series of cases against the ousted civilian leader.

The Nobel laureate has been in detention since February 1, when her government was ousted in a morning coup, ending Myanmar’s brief democratic experiment.

The generals’ takeover unleashed widespread dissent, which the security forces tried to quell with mass arrests and bloody repressions in which more than 1,400 civilians have been killed, according to a local watchdog group.

A source with knowledge of the case told AFP that the 76-year-old man was found guilty of two charges related to the illegal importation and possession of walkie-talkies and one of breaking the coronavirus rules.

Board spokesman Major General Zaw Min Tun confirmed the verdicts and sentences and told AFP that Suu Kyi will remain under house arrest while other cases against her continue.

The walkie-talkie charges originated when soldiers raided her home on the day of the coup and allegedly discovered the smuggling equipment.

Monday’s ruling adds to the penalties the court handed down in December when she was jailed for four years for incitement and breach of Covid-19 rules while campaigning.

The head of the board, Min Aung Hlaing, reduced the sentence to two years and said she could serve her term under house arrest in the capital Naypyidaw.

‘Tactic of fear’
The December ruling sparked international condemnation, and the Myanmar public reverted to the old protest tactics of hitting pots and pans in a show of anger.

Before the verdict, Manny Maung, a researcher at Human Rights Watch, said more convictions would deepen discontent across the country.

“The announcement of his latest conviction resulted in one of the most intense days of interaction on social media within Myanmar and deeply angered the public,” he told AFP.

“The military is calculating this (the cases) as a scare tactic, but it only serves to further direct public anger.”

Journalists have been banned from attending hearings and Suu Kyi’s lawyers have been gagged for speaking to the media.

She is currently confined to an undisclosed location in the capital, and her link to the outside world is limited to brief pre-trial meetings with her lawyers.

In addition to Monday’s cases, he also faces multiple charges of corruption, each of which is punishable by 15 years in prison, and of violating the official secrets law.

In November, she and 15 other officials, including Myanmar’s President Win Myint, were also charged with alleged electoral fraud during the 2020 elections.

His party, the National League for Democracy, had swept the election overwhelmingly, defeating a party aligned with the military by a wider margin than in the previous election in 2015.

Since the coup, many of his political allies have been arrested and a chief minister has been sentenced to 75 years in prison. Others are in hiding.

Related Topics:AFPcoronavirusCOVIDMyanmarWin Myint
Up Next