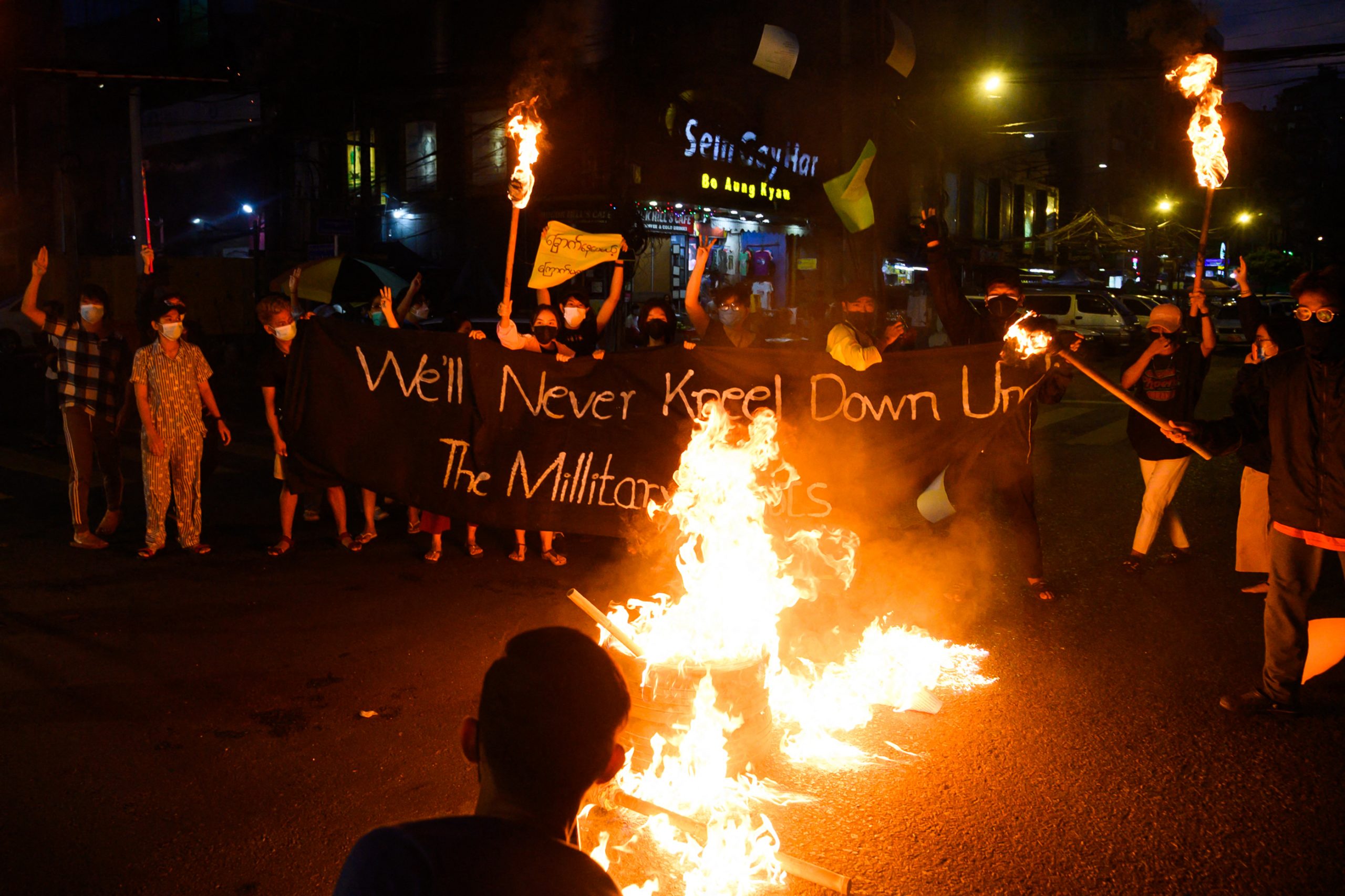 Myanmar security forces have arrested a former lawmaker and prominent hip-hop artist accused of masterminding a string of attacks targeting regime forces and officials, the junta said on Friday.

Self-declared civilian “people’s defence forces” have sprung up to fight for democracy since the generals seized power in a February coup, with dissidents targeting officials perceived to be working with the junta.

Maung Kyaw, 40, was arrested at an apartment in the commercial hub Yangon following a “tip-off and cooperation from dutiful citizens,” the junta’s information team said.

The former lawmaker — who also goes by the name Phyo Zeya Thaw — was in possession of two pistols, ammunition and an M-16 rifle, it added.

Maung Kyaw had been accused of orchestrating several attacks on regime forces, including the brazen shooting on a commuter train in Yangon in August that killed five policemen.

A hip-hop pioneer in Myanmar whose subversive rhymes irked the previous junta, he was jailed in 2008 for membership in an illegal organisation and possession of foreign currency.

He was elected to parliament from Aung San Suu Kyi’s National League for Democracy party in the 2015 elections that ushered in a transition to civilian rule.

The Southeast Asian country has been in turmoil since the coup sparked massive protests and a bloody military crackdown on dissent, which has killed more than 1,200 people according to a local monitoring group.

The junta has stepped up arrests of dissidents in Yangon, which has been rocked by near-daily bomb blasts and shootings.

Earlier this month, an executive from a military-backed Myanmar telecoms firm was gunned down outside his home.

Ex-army major Thein Aung was the finance chief of Mytel, a venture between Myanmar’s military and Viettel, which is operated by Vietnam’s military.

Late Friday the junta said it had arrested four suspects in the case.