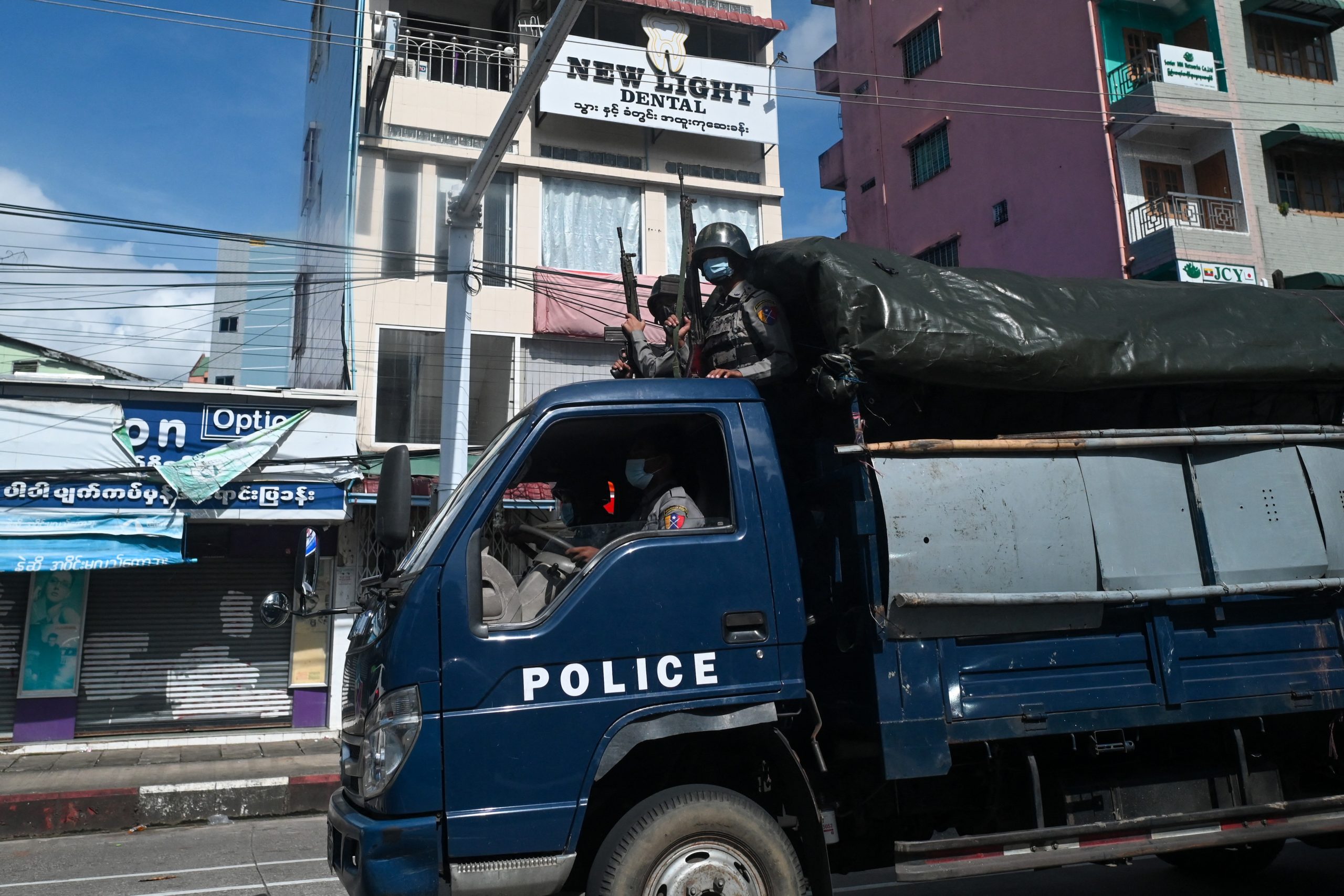 An activist who rose to prominence during Myanmar’s 1988 student uprising has been arrested in an overnight raid, his wife said Sunday, in the latest blow to the anti-junta movement as the military cracks down on dissent.

Myanmar has been in turmoil since the generals ousted civilian leader Aung San Suu Kyi in a February coup, triggering nationwide protests that have seen more than 1,100 people killed by security forces, according to a local monitoring group.

Junta opponents — including allies of Suu Kyi’s National League for Democracy party and activists — have gone into hiding across the country, while some villagers have taken up arms, forming local militias to defend themselves.

“He was staying in a safe house together with two other activists who escaped from the back door,” his wife Nilar Thein told AFP, adding that police had not informed her of his whereabouts.

They also played a major role in anti-government protests in 2007 — nicknamed the “Saffron Revolution” for the participation of orange-robed monks.

The couple has been in and out of prison for their activism.

Ko Jimmy’s last stint behind bars was from 2007 to 2012. He was released as the generals loosened their grip to start opening up Myanmar in preparation for the 2015 elections.

After the February 1 putsch this year, the junta issued an arrest warrant for him, alleging he had incited unrest with his social media posts.

– Causing ‘further division’ –
While the couple is intimately aware of the dangers of activism in Myanmar, Nilar Thein said the situation is “riskier” under the current regime, which has dubbed itself the State Administration Council.

“I am afraid that I won’t see him alive” again, she said, adding that she was afraid to go to the police for fear of her own arrest.

“I urge the international community to keep their eyes (on the situation) to save the lives of Myanmar people.”

Groups including the Assistance Association for Political Prisoners, which tracks arrests under the regime, have alleged that torture has taken place during the interrogation of dissidents.

The United Nations Special Rapporteur on Myanmar Tom Andrews on Friday raised alarm about troops amassing in the country’s north, warning the international community to be prepared for “more mass atrocity crimes”.

But the junta rejected Andrews’ report, accusing the UN of causing “further division among (the) nation and incitement to internal violence”, the Ministry of Foreign Affairs said in a statement late Sunday.

The junta has repeatedly justified its power seizure by alleging widespread fraud in last year’s elections, which Suu Kyi’s party won in a landslide.

Related Topics:AFPMyanmarUNUnited Nations
Up Next

Taliban offer jobs for wheat to tackle hunger and unemployment