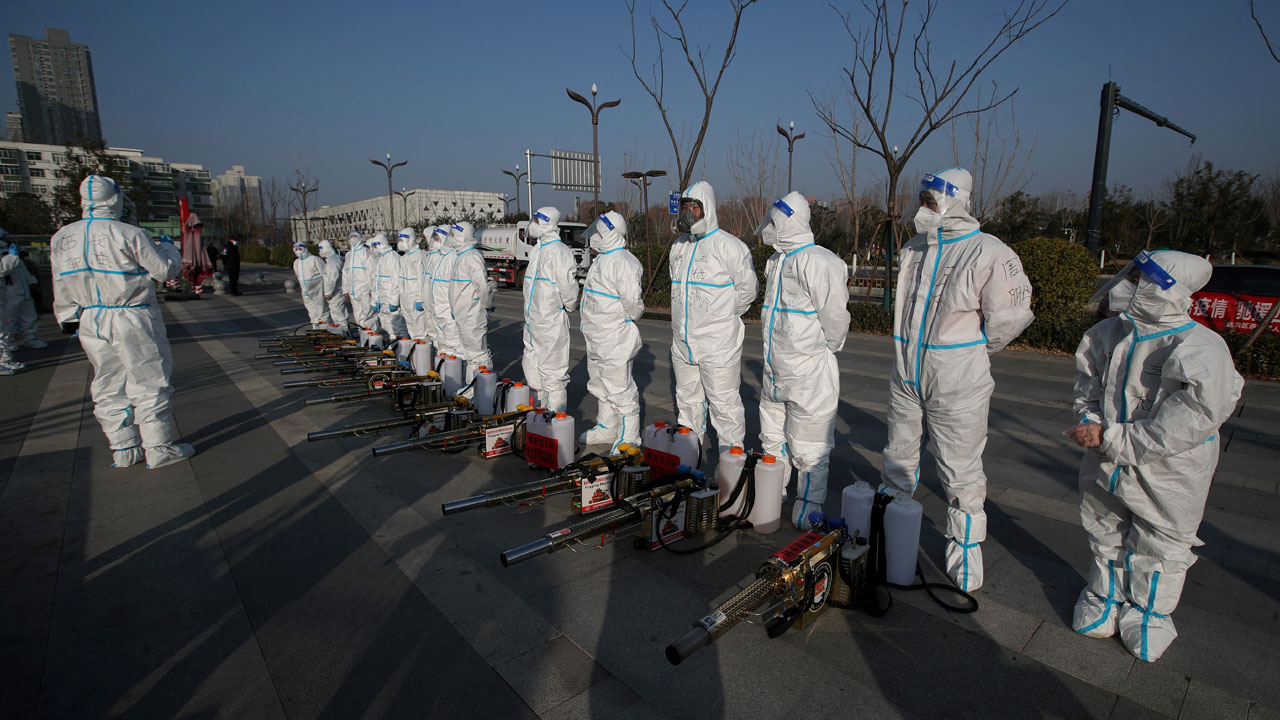 Five million residents of a central Chinese city were confined to their homes on Tuesday, while another megacity closed all non-essential businesses as the country battles a series of coronavirus outbreaks, including the Omicron variant.

Beijing is on high alert as it prepares to host the Winter Olympics next month, sticking to a zero-covid strategy of selective lockdowns, border restrictions and lengthy quarantines.

While those measures have kept the number of new cases much lower than virus hotspots in the United States and Europe, China is currently facing local outbreaks in several cities.

Omicron’s rapid spread presents a new challenge, with two cases in Anyang, the recently closed city in Henan province, linked to a growing cluster of infections in the northern metropolis of Tianjin, some 400 kilometers (250 miles) away. .

Anyang authorities announced the closure on Monday night and issued a notice ordering residents not to leave their homes or drive cars on the roads, the state news agency Xinhua reported.

All non-essential businesses were closed and a mass testing campaign was launched “to respond to the serious epidemic control situation and strictly prevent the spread of the Omicron virus outbreak,” Xinhua reported.

58 new local infections were reported in Anyang, state broadcaster CCTV said on Tuesday, bringing the city’s total number of cases to 84 as of Saturday.

The city had already restricted outbound travel, which local officials said was to “ensure that the outbreak does not spread to outdoor areas.”

At least three cities in Henan are battling emerging outbreaks, and the provincial capital Zhengzhou’s 13 million residents are getting closer to a full shutdown.

Under current rules, schools and kindergartens have been closed along with all non-essential businesses.

Last week, one million people in Yuzhou City were ordered to stay home.

Tianjin, which is adjacent to the Winter Olympics venues in Beijing and Hebei province, confirmed 10 more new cases of local transmission after conducting massive city-wide testing.

Zhang Boli of the Chinese Academy of Engineering told local television that the Tianjin cluster is the first time that the spread of Omicron has been detected within China.

The northern city of Xi’an is in its third week of closure as it tries to crack down on an outbreak of 2,000 cases.

There are also outbreaks in southern China.

The Chinese territory of Hong Kong is fighting its own Omicron outbreak that began with the return of the airline’s crew.

The outbreak has upset the city’s zero covid success and seen a reintroduction of strict social distancing measures, including closing bars and gyms, and ending restaurant dining.

On Tuesday, CEO Carrie Lam announced more measures, including closing all kindergartens and elementary schools until after the Lunar New Year in early February.

His administration has stuck to China’s closed model, but faces mounting anger from both residents and international businesses over the lack of an exit strategy.

Across the border from Hong Kong, the Shenzhen mainland tech hub has also recorded a handful of cases in recent days, prompting the closure of some housing complexes, a massive testing initiative and travel restrictions.

The city’s Yantian port is one of the busiest in the world, and it is feared that further blockades or restrictions there and in Hong Kong could exacerbate already acute global supply problems.

Related Topics:CCTVCEOChinacoronavirusUnited States
Up Next

Mexican president says he has Covid for second time