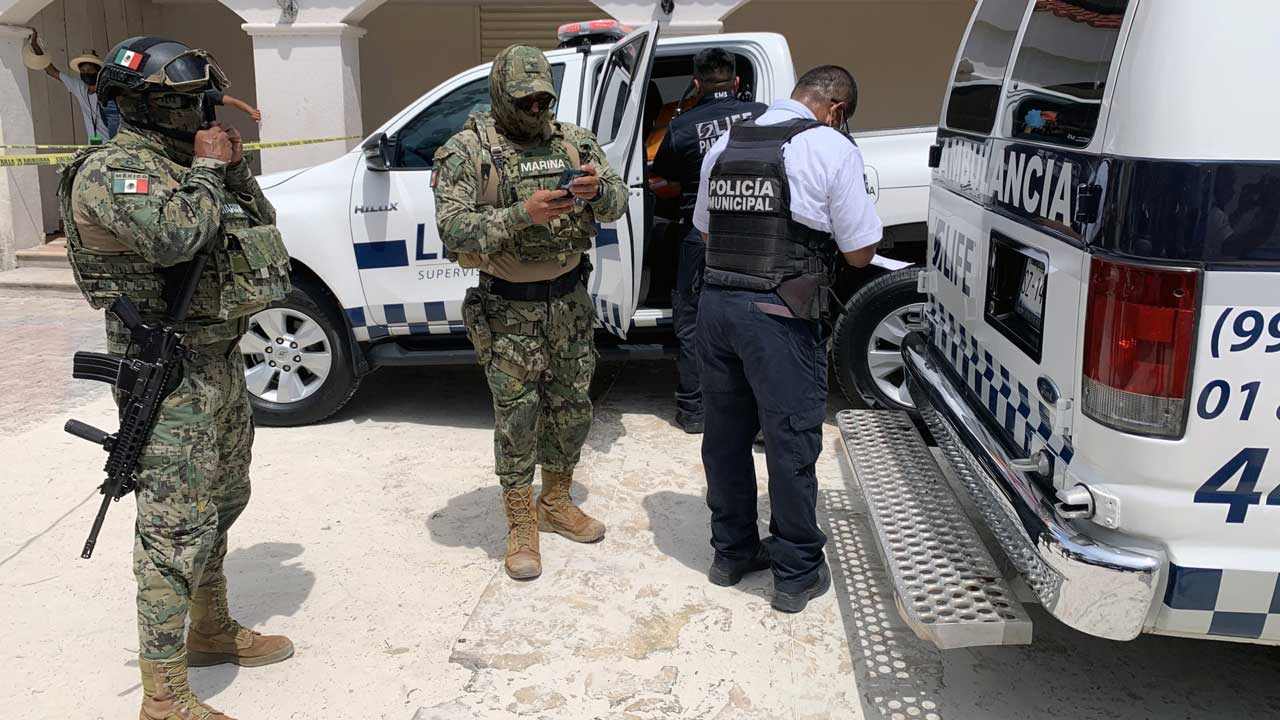 “There was a confrontation between members of opposing groups of drug dealers on a beach in Bahia Petempich, Puerto Morelos,” the Quintana Roo state attorney general’s office tweeted.

“Two of them lost their lives,” it said, adding that there were no other serious injuries.

Tourists staying in hotels next to the beach said people ran for cover after shots were fired.

“Guests are telling me they were playing volleyball on the beach, gunman approached firing gun,” tweeted Mike Sington, a tourist from the United States staying at the Hyatt Ziva Riviera Cancun Resort.

“Everyone ran from beach and swimming pools. Staff hustled us into hidden rooms behind the kitchens.”

Videos posted on social media showed dozens of tourists, some in bathing suits, waiting in the hotel lobby along with staff.

“People are hugging each other and crying,” said Sington, who describes himself as a former senior executive at NBC Universal.

Mexico is plagued by cartel-related bloodshed that has seen more than 300,000 people murdered since the government deployed the military in the war on drugs in 2006.

While the Riviera Maya, home to Cancun and other leading resorts including Playa del Carmen and Tulum, is generally considered safer than much of the country, there has been an increase in violence.

In October, two foreign tourists were killed in a shootout between suspected drug dealers in Tulum.

Related Topics:MexicoNBCUnited States
Up Next

Taliban leader warns against infiltrators in the ranks