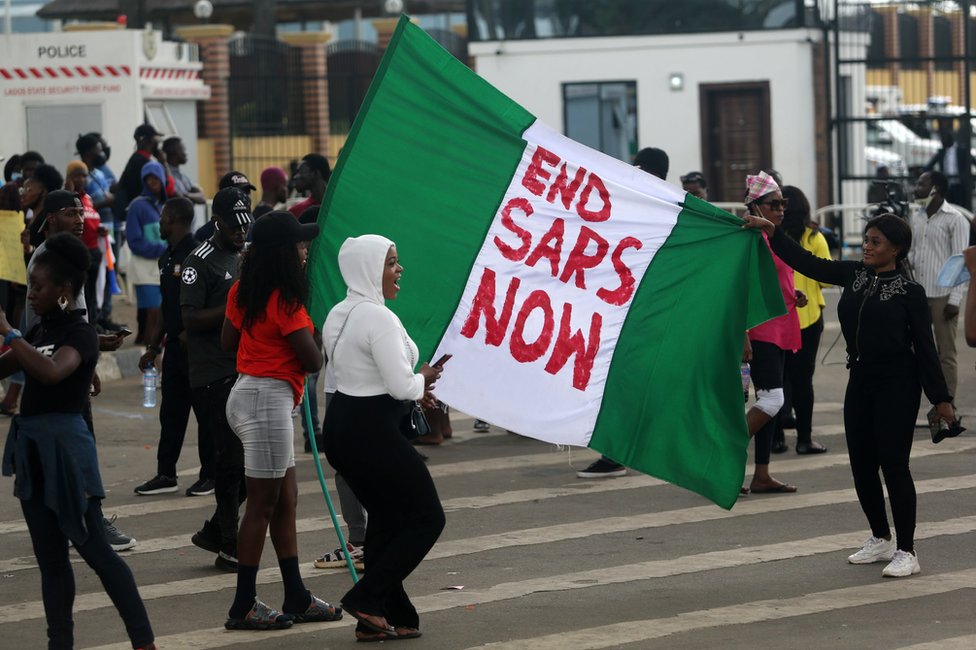 The website had claimed that no less than 120 unarmed protesters were killed by the Nigerian military in the wake of the EndSARS protest last year.

On Wednesday, PRNigeria reported that Wikipedia still claimed that 120 civilians were killed in the October 20, 2020 incident, despite overwhelming evidence to the contrary.

The website had kept the false casualty figure of 120 on its website for 13 months, only to replace it with 12, two hours after exposure.

While Wikipedia relied on an Amnesty International press release on the fictitious figure, PRNigeria revealed that the human rights organization only mentioned 12 people allegedly killed in Lekki and Alausa in Lagos state.

Meanwhile, the Lagos state government has rejected the unproven claim that 9 people died during the incident, adding that only one person died from gunshot wounds in Lekki that night.

In its White Paper on the Judicial Investigation Panel report, the state government criticized the findings of the panel led by Judge Doris Okuwobi that nine people were shot dead at the Lekki toll gate.

According to the government’s White Paper, the report was full of discrepancies, irregularities, and inaccuracies with reports of victim deaths.

The government said it rejected the assertion of the JPI’s findings regarding the nine deaths at LTG on the basis of what it viewed as fundamental inconsistencies.

He said the report was rejected because the findings were not clearly and manifestly supported by evidence.

The government said evidence from pathologist Professor John Obafunwa had said that only three of the bodies they performed post-mortem examination were from Lekki and only one had gunshot wounds.

The state government said this was not discredited, so it was deemed credible, as it was not presented otherwise to the panel.

The government, in its White Paper, further posited that, “This finding of nine deaths at Lekki Toll Gate on October 20 was even more puzzling, because in addition to listing their names in that way on pages 297-298, the JPI offered no explanation of the circumstances of his death.

The names simply appeared on pages 297-298 of the report without any justification.

It is quite surprising that in the list of 11 deaths posted on pages 297-298, two of the names appeared twice (Kolade Salam, Folorunsho Olabisi as Nos. 37 and 38).

In addition, the person listed as number 46 Nathaniel Solomon, who testified as a witness and filed a petition with the JPI regarding his brother, who is allegedly deceased at LTG, the same who is listed as dead at LTG on October 20, 2020.

“Surprisingly, Nathaniel Solomon’s (Abata Soloma) late brother was also listed at number 2 on the list of people who died at LTG.

The state government, in the White Paper, further noted that another substantial inconsistency in the JPI Report was the award of compensation to only one of the nine alleged, listed as “deceased.”

According to the government, this shows that the Judicial Investigation Panel (JPI) has doubts about the deaths of eight other supposedly deceased people on its list.

The JPI also surprisingly awarded the sum of N10 million to a Serah Ibrahim (listed as No. 14 on page 304 of the report). Serah Ibrahim was neither a petitioner nor a claimant before the JPI.

”On page 179 of the report, Serah Ibrahim testified under oath that she had no petition before the Panel; he also had no claims for compensation.

”This award awarded to Serah Ibrahim is also contrary to the provisions of Section 13 of the Investigative Tribunal Act of 2015 (Cap. T6 Lagos State Law), which establishes that only witnesses summoned by an Investigative Tribunal have right to pay witness fees subject to the consent of the Attorney General. Serah Ibrahim did not testify at the request or subpoena of the Court, “he said.