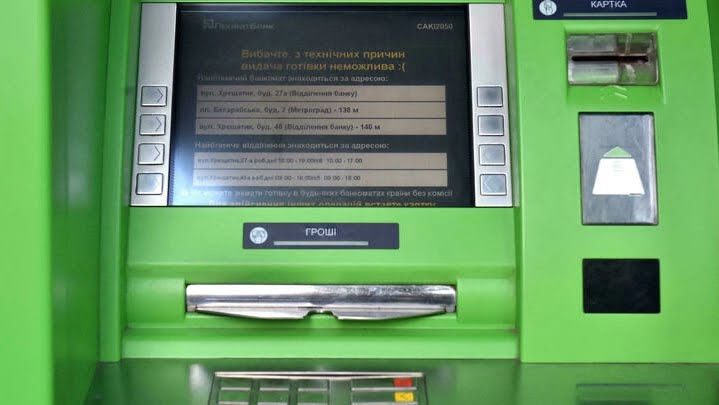 A wide-ranging cyberattack briefly took down key government websites in Ukraine on Friday amid high-voltage tensions between Russia and the West over Ukraine’s security.

European Union foreign policy chief Josep Borrell said the bloc was mobilizing “all its resources” to help its ally after the attacks temporarily brought down sites, including those of the foreign ministry and cabinet.

Kiev said the damage was limited and refrained from assigning blame, but the former Soviet country blamed Russians with ties to Moscow for earlier attacks on key websites and infrastructure.

The Foreign Ministry’s website on Friday displayed a message in Ukrainian, Russian and Polish warning Ukrainians that their personal data had been compromised.

“All information about you has been made public, be afraid and expect the worst,” the message read.

The Education Ministry also said its website had come under a “global” attack overnight, while the Emergencies Ministry’s site was also disabled.

Within hours of the initial announcement, SBU security services said that access to most sites had been restored and that the consequences were minimal based on initial estimates.

“The content of the sites has not changed and, according to preliminary information, no personal data was leaked,” the SBU security service said in a statement.

The SBU said access to many of the affected sites has been restored and the rest will be back online “soon”.

Kiev has yet to blame any individual or entity and Borrell said it was too early “to point a finger at anyone. We have no proof.”

But he added: “You can imagine who did this.”

The Justice Department at the time said the six were current or former members of the Russian military intelligence GRU and were also accused of organizing a malware attack called “NotPetya” that infected company computers around the world and caused losses of nearly $1 billion.

The latest attack came at a time of rising tensions between Russia and the West over Ukraine, a close ally of the United States and Europe.

The West has accused Russia of deploying tanks, artillery and some 100,000 troops to Ukraine’s war-torn eastern border in recent weeks in what NATO says is a buildup to an invasion.

Moscow says it has no plans to invade Ukraine.

Footage released by the Russian Defense Ministry on Friday showed Russian tanks and infantry conducting firing drills near the southern Russian city of Rostov-on-Don near Ukraine.

Moscow says this is a response to what it sees as NATO’s growing presence in its sphere of influence, where it fiercely opposes expansion of the Atlantic alliance.

Russia also says the US-led military alliance should not admit Ukraine or Georgia as new members.

This week, the United States and its NATO allies held talks with Russia in a bid to ease tensions, but three rounds of talks, in Geneva, Brussels and Vienna, proved fruitless.

Deputy Foreign Minister Sergei Ryabkov said Thursday that Moscow saw no reason to hold a new round of security talks with the West after lack of progress.

Ryabkov also said he did not rule out the possibility that Moscow could deploy forces to allies Venezuela or Cuba if diplomacy fails.

Hong Kong airport bans transit passengers from most of world