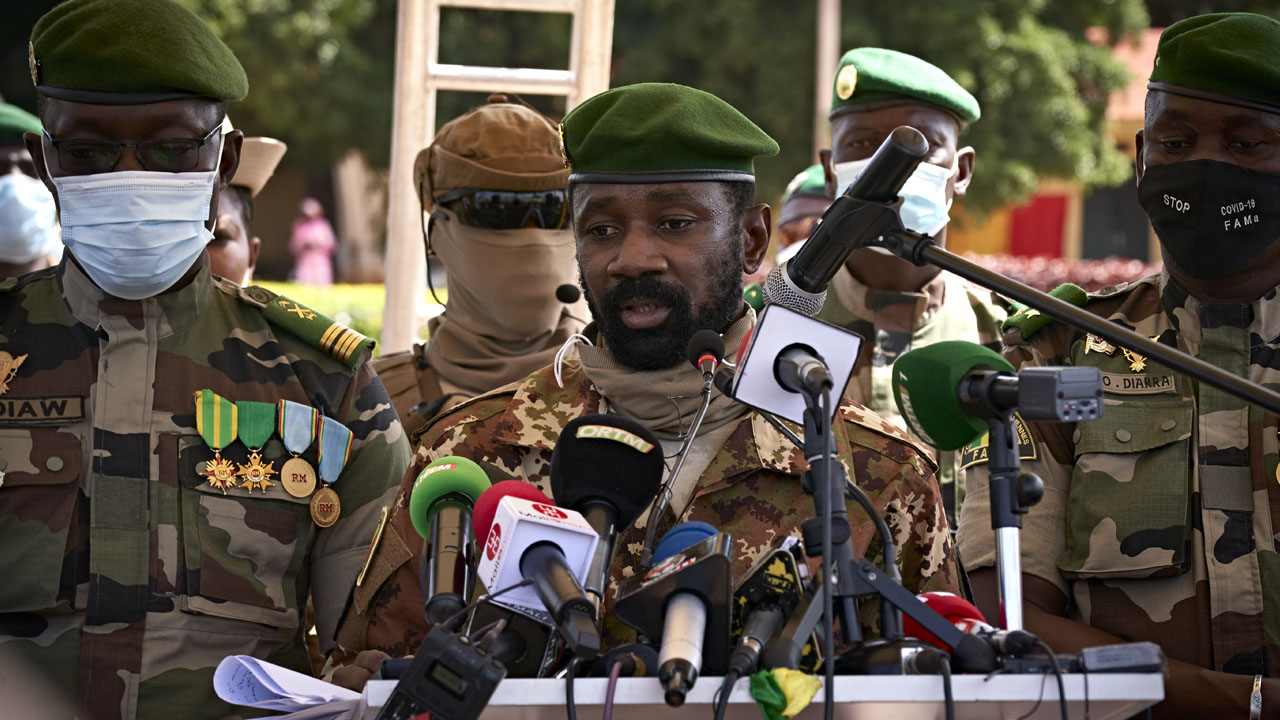 Mali‘s ruling junta called rallies across the country on Friday to protest regional sanctions imposed for delaying elections, while affirming that it remains open to dialogue.

In a sharp escalation after months of diplomatic tensions, the leaders of the Economic Community of West African States (ECOWAS) agreed on Sunday to close the borders with the Sahel state and impose a trade embargo.

France, the former colonial power of Mali, and the United States backed the decisions. French President Emmanuel Macron told reporters on Tuesday: “We are in full solidarity with the region and with this very courageous and clear stance” from ECOWAS.

The ECOWAS sanctions came after Mali’s interim government proposed last month to stay in power for up to five years before holding elections, despite international demands that it honor the promise to hold elections on February 27.

In addition to closing borders and imposing a trade embargo, the bloc also agreed to stop financial aid to Mali and freeze its assets at the Central Bank of West African States.

Colonel Assimi Goita, the strongman of the poor Sahelian country, called the measures “extreme” on Monday night and urged Malians to organize protests against the sanctions on Friday.

Goita also called the sanctions “illegitimate, illegal and inhumane,” adding that he remains open to dialogue with his West African neighbors.

The UN Security Council is due to discuss the situation in Mali on Tuesday.

sour relationships
Mali’s relations with its neighbors and partners have steadily deteriorated since Goita led a coup in August 2020 to oust President Ibrahim Boubacar Keita.

Under threat of sanctions after that coup, Goita had promised to hold presidential and legislative elections and restore civilian rule by February 2022.

But the strongman staged a second de facto coup in May 2021, forcing the exit of an interim civilian government and disrupting the timetable to restore democracy.

Then, in December, his government proposed staying in power for up to five more years.

It argued, among other reasons, that rampant insecurity in Mali prevents it from organizing safe elections according to the agreed timetable.

The vast nation of 19 million people is under the control of a jihadist insurgency, and swaths of territory are outside the control of the government.

‘Resilience’
Goita has called for calm and “resilience” in the face of ECOWAS sanctions and has assured Malians that the Government will take measures to counteract their effects.

Mali, a landlocked nation already ravaged by conflict, is one of the poorest countries in the world.

Despite international anger at Mali’s military rulers, within the country, the junta has come under little public criticism for the diplomatic dispute.

Pro-government messages, as well as criticism of ECOWAS, have flooded social media in Mali in recent days.

Neighboring Guinea, an ECOWAS member also under military rule, announced Monday that it would not close its borders with Mali or block trade.

Goita, in his speech, reaffirmed his commitment to restore civil government.

But the outcome of the confrontation remains unclear, as the strongman did not give specific details to restore democracy.

North Korea fires second missile in less than a week