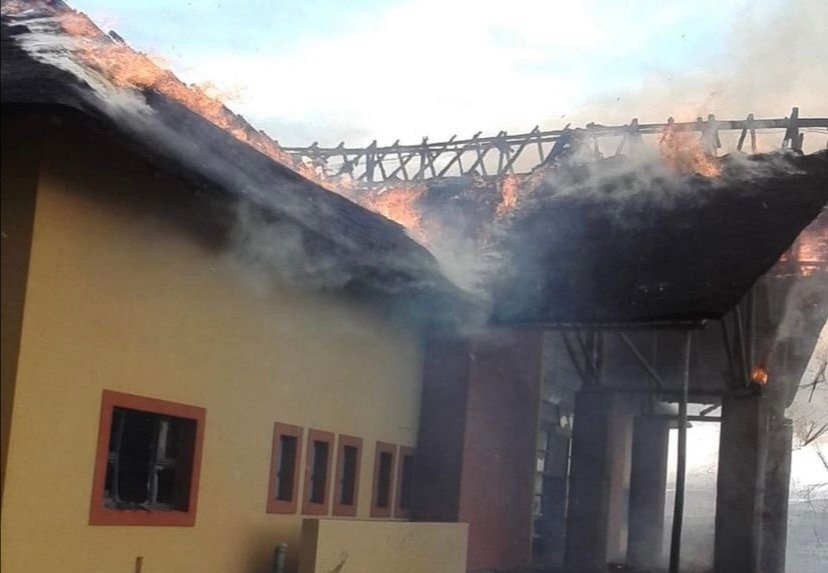 A fire caused by a lightning strike destroyed a tourist building in a South African village where anti-apartheid icon Nelson Mandela was born, his family announced Sunday.

The Mvezo Welcome Center was still under construction and was to serve as an initial point of contact for tourists, with an information desk, shops and a restaurant.

On Saturday, the center was “struck by lightning … and its thatched roof caught fire, causing the center to be completely destroyed,” said a statement issued by Mandela’s eldest grandson, Mandla Mandela.

“It was an act of nature and no foul play or any other cause is suspected,” said Mandela, a MP who is also the local head of the village of Mvezo, the birthplace of the late Mandela where

Mvezo is in the Eastern Cape province, where five people drowned in flooding caused by torrential rains on Saturday.

Mandela was elected the first president of democratic South Africa in May 1994 and served until June 1999.

The building, which was in “an advanced stage of construction”, was financed by the organizer of the national lottery.

The fire occurred just days after a planned auction of the key to Mandela’s prison cell was suspended at the government’s request.

Proceeds from the sale went to building a Mandela memorial garden in Qunu, about 20 kilometers (12 miles) away, where the former president was buried.

Related Topics:FranceMPSouth Africa
Up Next

US warns Russia of risk of ‘confrontation,’ ahead of Ukraine talks