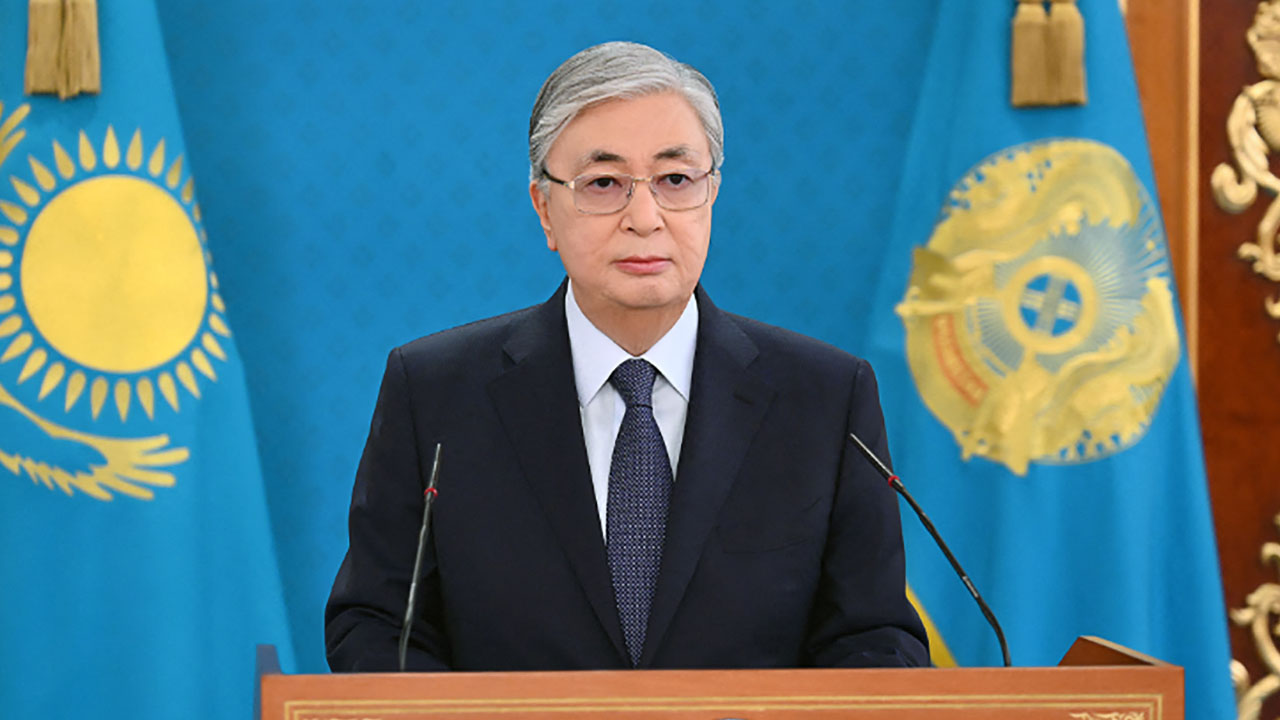 Kazakh President Kassym-Jomart Tokayev issued a rare criticism of his ruling predecessor on Tuesday, saying he expected Russian-led forces to leave the troubled Central Asian country within the next 10 days.

The oil-rich country’s descent into chaos has exposed infighting at the top of a government once dominated by Tokayev’s mentor, 81-year-old Nursultan Nazarbayev.

The older man retains the constitutional status of “Leader of the Nation” despite leaving the presidency in 2019.

Addressing lawmakers in a live-streamed video conference, Tokayev fired a surprising volley at Nazarbayev as the post-Soviet country reels from unprecedented violence that began with peaceful protests over an energy price hike.

Tokayev, 68, said the Nazarbayev government had created “a layer of rich people, even by international standards.”

“The time has come to pay tribute to the people of Kazakhstan and help them systematically and regularly,” added Tokayev, noting that “very profitable companies” will be asked to contribute money to a state fund.

“The current system is geared towards large structures and is based on the principle: ‘everything for friends and laws for others,'” he said.

Both Kazakhstan and Russia have framed last week’s riots that left dozens dead and nearly 10,000 people arrested as a coup attempt assisted by foreign “terrorists”, but have provided little evidence to back it up.

On Tuesday, Tokayev announced that “a gradual withdrawal” would start in two days and take “no more than 10 days.”

“The main mission of the CSTO peacekeeping forces has been successfully completed,” he said.

The CSTO mission of more than 2,000 soldiers was deployed at the height of the crisis, following armed clashes between government opponents and security forces and a series of looting that destroyed parts of the larger city of Almaty.

The decision was a first for the CSTO, often touted by Moscow as a NATO equivalent, but previously reluctant to interfere in unrest in Central Asia, a region with long historical ties to Russia.

Concerns have grown that Moscow could use the mission to strengthen its influence in Kazakhstan, and US Secretary of State Antony Blinken warned that “once the Russians are in your home, it is sometimes very difficult to achieve let them go”.

Former head of the national security committee, Karim Masimov, a key Nazarbayev ally believed to perpetuate the retired president‘s influence over the government, was arrested on Saturday on treason charges in connection with the unrest.

Even if Nazarbayev, the son of shepherds who rose through the ranks of the communist party, is now being politically marginalized, dislodging his family’s broad interests in Central Asia’s largest economy may take time.

“This should be done by a state organization, as in other countries,” he said of the scheme.

But the middle daughter, Dinara, and her husband, Timur Kulibayev, control Halyk, the largest commercial bank, and are among the richest people in the country. Kulibayev is also a key player in the flagship oil sector.

The political career of the eldest daughter, Dariga Nazarbayeva, mainly in the rubber stamp legislature, has been marked by a series of controversial statements and perceptions of an abrasive style.

The 58-year-old’s reported business interests are also rumored to be extensive.

Meanwhile, financial data leaks abroad and a challenge in London High Court have revealed the extent of his family’s foreign holdings, part of a trend of capital outflow from that country that Nazarbayev officially advised against while he was president. .

Many Almaty residents credited the CSTO as a stabilizing force that had helped Tokayev control the situation after spending several days inside as gunfire echoed through the city.

Roza Matayeva, a 45-year-old English teacher, got used to tuning in to her radio during the five-day internet blackout in Kazakhstan’s financial center that briefly ended Monday morning before the city of 1.8 million was He will disconnect again at lunchtime.

The news that the Moscow-led bloc had acceded to Tokayev’s request to send a detachment “brought relief and hope that the situation will be decided in the best way in the near future,” he told AFP.

“I welcome cooperation with Russia. I think there is no threat to our sovereignty ”.

Zelensky calls for international summit to end war in Ukraine