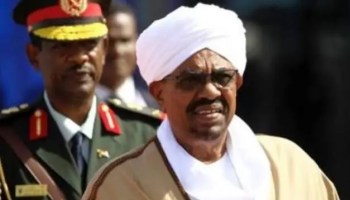 The international community has reacted to the military coup in Sudan, where soldiers on Monday arrested members of a transitional government supposed to guide the country towards democracy.

The US government has said it is “deeply alarmed” by reports of a military takeover, which is contrary to the will of the Sudanese people, the White House said.

“We reject the actions of the army and call for the immediate release of the Prime Minister and other people under house arrest,” White House spokeswoman Karine Jean-Pierre said.

Reacting on Twitter, UN Secretary-General Antonio Guterres wrote: “I condemn the ongoing military coup in Sudan. Prime Minister Hamdok and all other officials must be released immediately.

“There must be full respect for the constitutional charter to protect the hard-won political transition.

“The UN will continue to stand alongside the Sudanese people”

In a statement, the league called on “all Sudanese parties to fully respect the constitutional document signed in August 2019 with the participation of the international community and the Arab League, as well as the 2020 Juba peace agreement.”

The Chairman of the African Union Commission, Moussa Faki Mahamat, said Sudanese political leaders must be released and human rights must be respected.

“The President calls for the immediate resumption of consultations between civilians and soldiers. … The president reaffirms that dialogue and consensus are the only relevant way to save the country and its democratic transition, ”Mahamat said in a statement.

“We call on the security forces to immediately release those they have illegally detained,” EU foreign policy chief Josep Borrell said in a statement.

The Egyptian government said the military’s actions represented a betrayal of the revolution, transition and the Sudanese people’s legitimate demands for peace, justice and economic development.

“Egypt calls on all parts of the sister nation of Sudan to exercise restraint and responsibility to prioritize the welfare of the country and the national accord,” Egypt’s foreign ministry said in a statement. communicated.

By issuing a statement on the coup in Sudan, the Ethiopian government… “calls on all parties for calm and de-escalation in Sudan and to do everything possible for a peaceful outcome to this crisis”.

“Ethiopia reiterates the need to respect the sovereign aspirations of the Sudanese people and the non-interference of external actors in the internal affairs of Sudan.

Likewise, Saudi Arabia said: “The kingdom is following current events in Sudan with extreme concern,” the Saudi foreign ministry said in a statement.

“He calls for restraint, calm, de-escalation and to preserve all the political and economic gains that have been obtained and all that aims to protect the unity of the ranks between all the political components of brother Sudan.

FG to inaugurate `Made-in-Nigeria Barite’ to save $300m annually