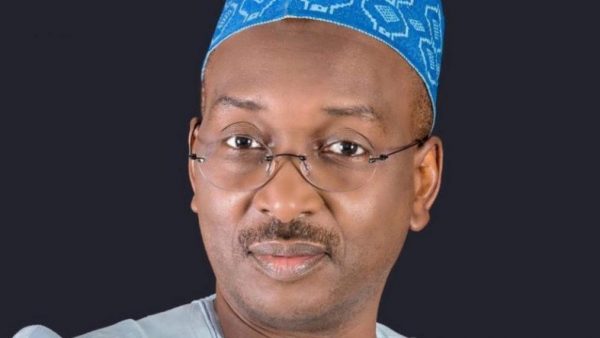 The general director of the Forum of Progressive Governors, PGF, Salihu Moh-Lukman, condemned the Islamic cleric based in Kaduna, Sheikh Ahmed Gumi, for rejecting the call to declare the bandits as terrorists.

In a statement released Thursday in Abuja, Mr. Lukman, head of the All Progressives Congress, APC, said the criminals terrorizing the north-west and north-central part of the country had the characteristics of a terrorist group.

He said: “It is interesting to note that the self-proclaimed apologists and advisers of the bandits, such as Sheikh Ahmed Gumi, are becoming more and more confident and irresponsibly mobilizing the opposition against declaring the bandits terrorist.

“All the studies on insecurity and banditry in Nigeria have only confirmed that bandits operating in the Northwest and Center-North have all the characteristics of terrorist groups.

“For example, a study by Dr. Murtala Ahmed Rufa’i, presented at the 15th Usman Danfodio University, Sokoto Seminar Series, on Thursday, September 9, 2021, titled, I Am a Bandit – A Decade of Research in the State of Zamfara Bandit’s Den, reported that the bandits are armed groups with “contacts across the Sahel, especially Libya and Mali”, having “enormous capital”, “in possession of over 500 AK 47 guns” and “own sophisticated weapons like RPGS and anti-aircraft.”

“The report says there are over 60,000 guns in circulation in the Northwest alone.”

On the way forward, the head of the APC said that until public debates in the country are guided by knowledge, citizen engagement in public policies will continue to be reduced to sentiment.

Mr. Lukman said: “How APC can facilitate the reform of information management structures in the country to successfully mobilize Nigerians to support government initiatives will largely determine the electoral viability of the party.

“Once APC continues to allow speculative and bogus national debates such as the issue of an unfounded agreement between Nigeria and the US government on the use of the newly acquired A-29 Super Tucano jets, it indicates a framework poor communication management, which can only exacerbate the challenges facing the country.

“The inability to use knowledge to guide public debate is what lends legitimacy to so-called editorial opinion by an arrogant news outlet like The Economist, which is based on old ideological mindsets. Solving the security challenge facing the country is to win the “hearts and minds” of Nigerians!

The boss of PGF also called for the integration of certain policies and initiatives of government agencies.

He said: “The National Guidance Agency’s campaign, for example, Change Begins with Me is one such initiative. Perhaps it needs to be further strengthened and improved so as to highlight the envisioned new secure Nigeria.

“How does the campaign for change start with me, for example also, fit into the strategy of mobilizing Nigerians to support the fight to end insecurity in the country, in all its ramifications?”

“Achieving this will require radical reforms of many government structures facilitating the information management process, including the National Guidance Agency.

Mr Lukman noted that the current problems of insecurity and banditry in Nigeria are in part a direct consequence of the collapse of the country’s education system, which is why it is estimated that more than 12 million Nigerian children are missing. not in school.

“Any debate on the challenges of insecurity and banditry in Nigeria that misses this reality is simply ill-informed and therefore unnecessary.

“The arrogance of The Economist, which made them imagine that they can condemn the Nigerian armed forces and government on the basis of uninformed feelings reflects the old ideological mindset that was used in the 1980s to impose structural adjustment programs, leading to the destruction of education and health sectors in most African countries, including Nigeria.