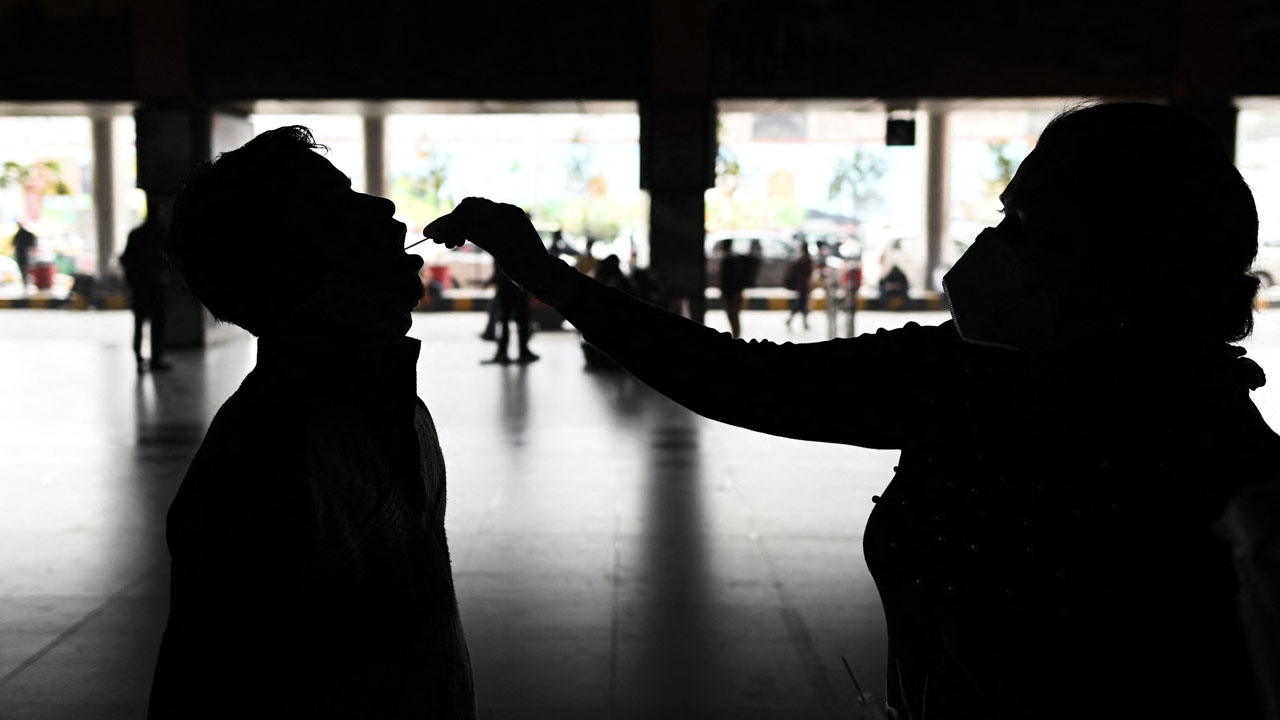 India announced its first two cases of the highly infectious variant Omicron Covid on Thursday, months after a devastating wave of the virus killed more than 200,000 people across the country.

“According to the protocols, all primary and secondary contacts have been traced and are being tested,” he told a news conference.

India has yet to impose new blanket international travel bans, but on Monday the Health Ministry ordered all incoming travelers from “countries at risk” to undergo mandatory post-arrival Covid testing, along with random testing of other international arrivals.

Mumbai, the country’s largest city, imposed mandatory seven-day quarantines on Wednesday for all passengers arriving from countries at risk.

Omicron, first discovered in southern Africa, represents a new challenge to global efforts to combat the pandemic with several nations already reimposing restrictions that many hoped were a thing of the past.

It is the latest strain of coronavirus to emerge since the start of the pandemic, including the currently dominant Delta variant, which was first detected in India in October 2020.

More than 200,000 people across the country died in a devastating wave of Covid between April and June that overwhelmed hospitals and crematoriums.

It struck after one of the largest religious gatherings in the world, the Kumbh Mela, which drew around 25 million Hindu pilgrims.

Experts blamed that meeting, along with large state electoral rallies, for driving the rise of the Delta.

India has the second highest number of cases in the world, with more than 34 million confirmed infections.

Its nearly 470,000 deaths from Covid are the third highest, behind tolls in the United States and Brazil.

But underreporting is widespread and some studies have estimated that the true figure for India could be up to ten times higher.

Since then, the country has administered more than 1.2 billion doses of the Covid-19 vaccine, but only about a third of the population is fully vaccinated, according to government data.

Related Topics:BrazilcoronavirusCOVIDDeltaIndiaUnited States
Up Next

Gambians go to polls in first vote since Jammeh era

Germany cracks down on unjabbed to tackle Covid surge