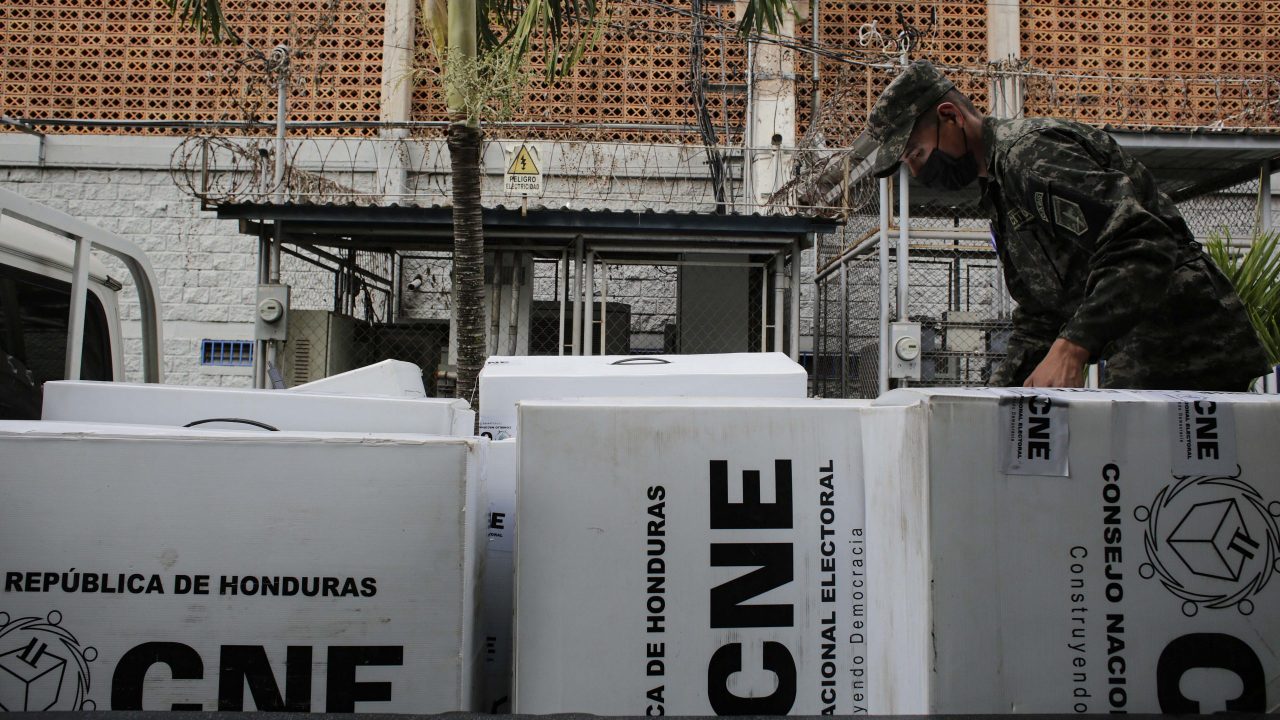 Opposition fears of a fraudulent vote and reports of pre-election intimidation have led to great tensions.

“If the PN wins the elections, even if it is legitimately, there will be a worrying level of violence,” political analyst Raúl Pineda, a lawyer and former legislator of the PN, predicted to AFP.

Four years ago, Hernández defended and won an unconstitutional second consecutive term amid shouts of fraud from the opposition and international observers.

That sparked a widespread protest that lasted for a month, and the subsequent government crackdown left more than 30 dead.

“There is enough fuel … for a new electoral crisis to break out,” said Eugenio Sosa, a sociologist and professor at the National University.

The concerns come from a country already devastated by violent gangs, drug trafficking and hurricanes, in which 59 percent of the population of 10 million lives in poverty.

Many expect the worst.

“A kind of paranoia has developed, people are preparing for war” by stocking up on food and water, Pineda said.

But he insists that pressure from Washington, which wants to reduce the triggers for mass migration from Central America to the United States, along with a large body of international observers, should at least guarantee a transparent vote.

The crucial moment in which “violence could occur” will come three hours later, when the National Electoral Council (CNE) must announce the first results, Gustavo Irias, executive director of the Center for Democracy Studies, told AFP.

“Avoiding it will depend on the attitude adopted by the different political actors, the electoral observers and the US embassy.”

Some 18,000 police officers and the same number of soldiers will be on duty throughout the country.

“We are deployed to guarantee the Honduran people that there will be security and peace,” Armed Forces General Tito Livio Moreno said at a press conference.

The PN has been in power since Manuel Zelaya, Castro’s husband, was overthrown in a coup in 2009 backed by the military, business elites and the political right.

Corruption and drug trafficking scandals have gripped Hernández and many of his inner circle in recent years, including Asfura.

Tony, Hernández’s brother, is serving a life sentence in a US prison for drug trafficking.

The drug lords the president helped extradite to the United States accused him of being involved in illicit trafficking.

Asfura was accused in 2020 of embezzling $ 700,000 of public money and was also linked in the Pandora Papers to influence peddling in Costa Rica.

The third great candidate of 13 in the presidential race, Yani Rosenthal of the Liberal Party, spent three years in a United States jail after admitting to laundering drug money.

“Honduras is known internationally as a narco-state, but there is no narco-state, only narco-governments,” said former politician Pineda.

“The people will not vote for Xiomara (Castro), they will vote against Juan Orlando Hernández and what he represents,” Pineda said.

Castro, of the LIBRE party, led some opinion polls in October between 12 and 17 percentage points.

For many voters, the main problem they worry about is employment.

Unemployment jumped from 5.7 percent in 2019 to 10.9 percent in 2020, largely due to the coronavirus pandemic, according to a study by the Autonomous University.

The country was also devastated by two hurricanes in 2020.

Asking for money at a stoplight with his eight-month-old daughter in his arms, Elvin Aguilar, 32, said he hoped the new government would provide him with “work and everything else.”

“Xiomara (Castro), she can make things change in the country,” said Luis Andino, 27, as he was among a group of people outside the national trade institute trying to call motorists to offer help to qualify for a driver’s license. .

Karen Amador, 22, a street vendor who sells baleadas, a typical Honduran filled tortilla, said she would not vote because “none of them have anything to offer Honduras.”

Hondurans will also elect the 128 members of the National Congress and 20 representatives of the Central American parliament.